More than 170,000 accounts are past due 30 days with debts totaling $93 million, CPS Energy officials have said. 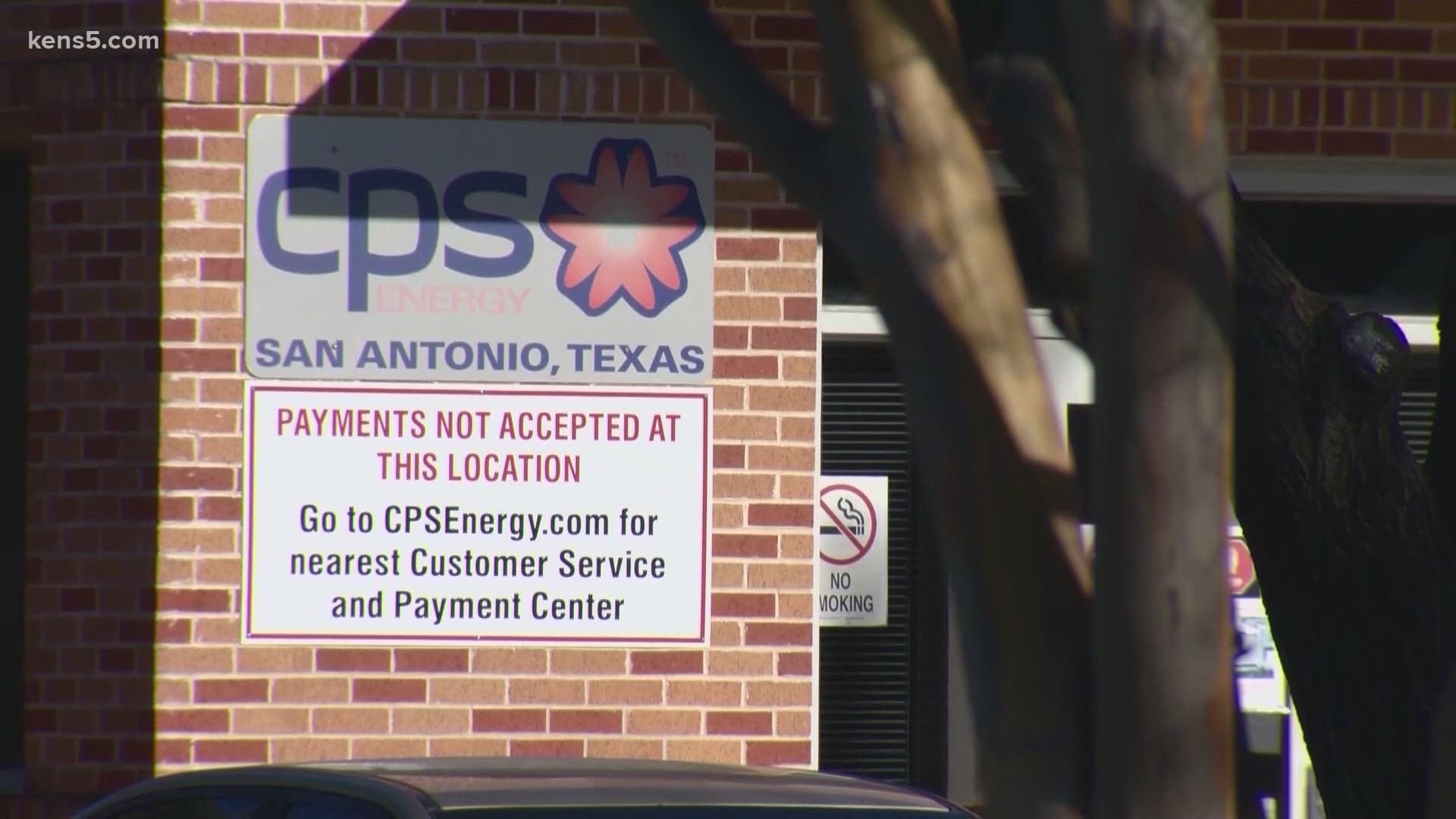 SAN ANTONIO — For more than a year, CPS Energy has observed a moratorium on disconnecting services as the city grappled with the coronavirus pandemic. On Monday, however, the utility’s leaders began discussions to resume disconnections in the coming months.

During a board of trustees meeting on Monday afternoon, CPS Energy CEO Paula Gold Williams said the utility company was aiming to resume in late spring or summer, depending on the availability of the coronavirus vaccine.

The comment drew a response from Mayor Ron Nirenberg, who was unsure how the vaccination rate would impact the financial struggles which residents who have endured both a pandemic and an unprecedented winter freeze are currently facing. Nirenberg, a member of CPS Energy's board of trustees, said he wanted more information before setting an official date.

The moratorium on disconnections was instituted after a call from Nirenberg and District 1 Councilman Roberto Trevino. In an emergency city council meeting at the outset of the pandemic, Trevino said, in part, “I would like to ask that SAWS and CPS consider that, during this time, we keep water flowing, power on."

Trevino on Tuesday said the timing of the return to disconnection for nonpayment was concerning.

"I expect us to to have a plan in place that allows us to demonstrate that we learned a huge lesson during during these cold winter months, these dangerously cold winter months,” Trevino said. “To come into a situation where we know, in San Antonio, we're headed into some dangerously hot summer months—energy is so, so critical.

"And and as we mentioned before, we don't want it to disproportionately impact our most vulnerable communities, specifically our seniors, people that live alone, people that have medical equipment that they're relying on for their health.”

Trevino suggested a data-driven approach to identify those who are most vulnerable who are behind on their bills. He said he would recommend targeting those individuals first to ensure their electricity will not be cut off, and to get them connected with the various services the city and CPS Energy offers for utility bill relief and housing assistance.

"The latest report I received was we've provided six million dollars in support citywide for for folks on utilities,” Trevino said. "So how do we expand that?”

Since last year, the city and county have both offered utility assistance programs. However, according to numbers provided by CPS Energy, more than 170,000 of its customers are 30 days past due with bills totaling $93 million.

“The fact that that many folks are behind on their on their bills is an indicator that that we need to understand that the city needs more help to recover—more time,” Trevino said.

On the opposite side of the matter, Trevino’s colleague, District 8 Councilman Manny Pelaez, said the day was doomed to come, noting that it is not sustainable for CPS Energy to not collect its debts.

"I understand all of the elements that are being considered,” Pelaez said, empathizing with those who are disadvantaged. "But again, what is not up for debate is that there comes a point where the utility needs to continue charging people for energy. CPS Energy is not a charity.”

Pelaez said there’s never a good time to make tough decisions. So far, no official date has been announced and CPS Energy officials said they would give the community ample notice.

He said it’s important for customers to remember those who work for CPS Energy are also San Antonians who understand the significance of the decisions being made as those decisions also impact them.

"And they send their kids to the same schools you do. And they also rely on clean water and on energy. And they're members of this community and they got skin in the game.”