Some of the vehicles had dead batteries, while others were deemed total losses. 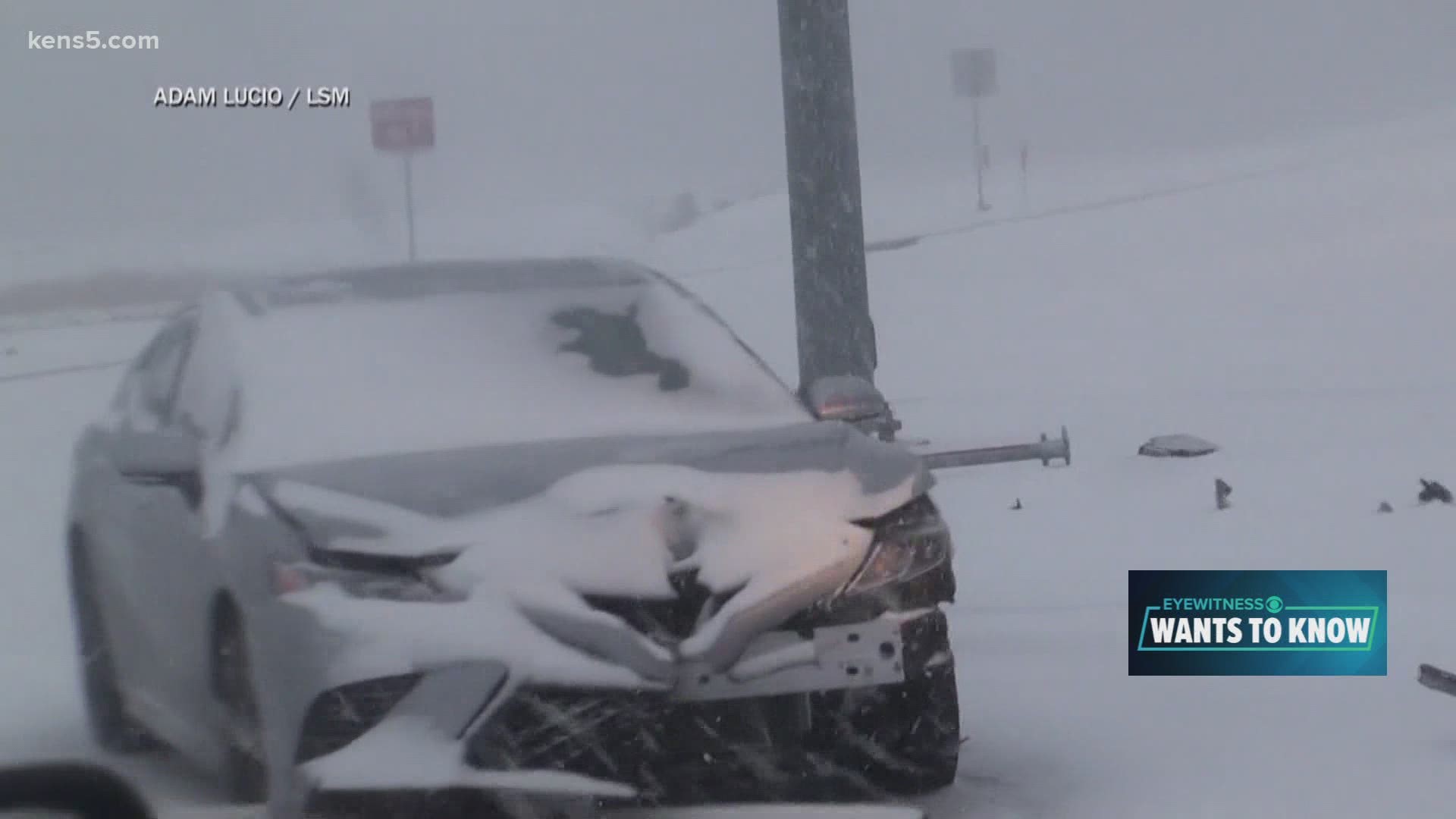 Records provided by the city to KENS 5 show more than 90 city-owned vehicles – most of them belonging to San Antonio's police and fire departments – were damaged in some way or another while responding to the historic weather event, to the tune of $1.78 million. The biggest line item in the city's report is a loss of $875,000 attributed to a SAFD engine deemed a total loss.

Most of the other vehicles' damages are attributed to body damage, equipment damage or dead batteries amid the freezing temperatures.

Of the 92 total damaged or lost vehicles, the city says 38 were SAPD cruisers while another 27 were various SAFD vehicles. Developmental services, parks and recreations, public works and solid waste were other departments whose vehicles were damaged from the storms.