Construction to begin on new Lake Dunlap Dam any day

The new dam with the latest technology will replace the aging dam that failed two years ago. 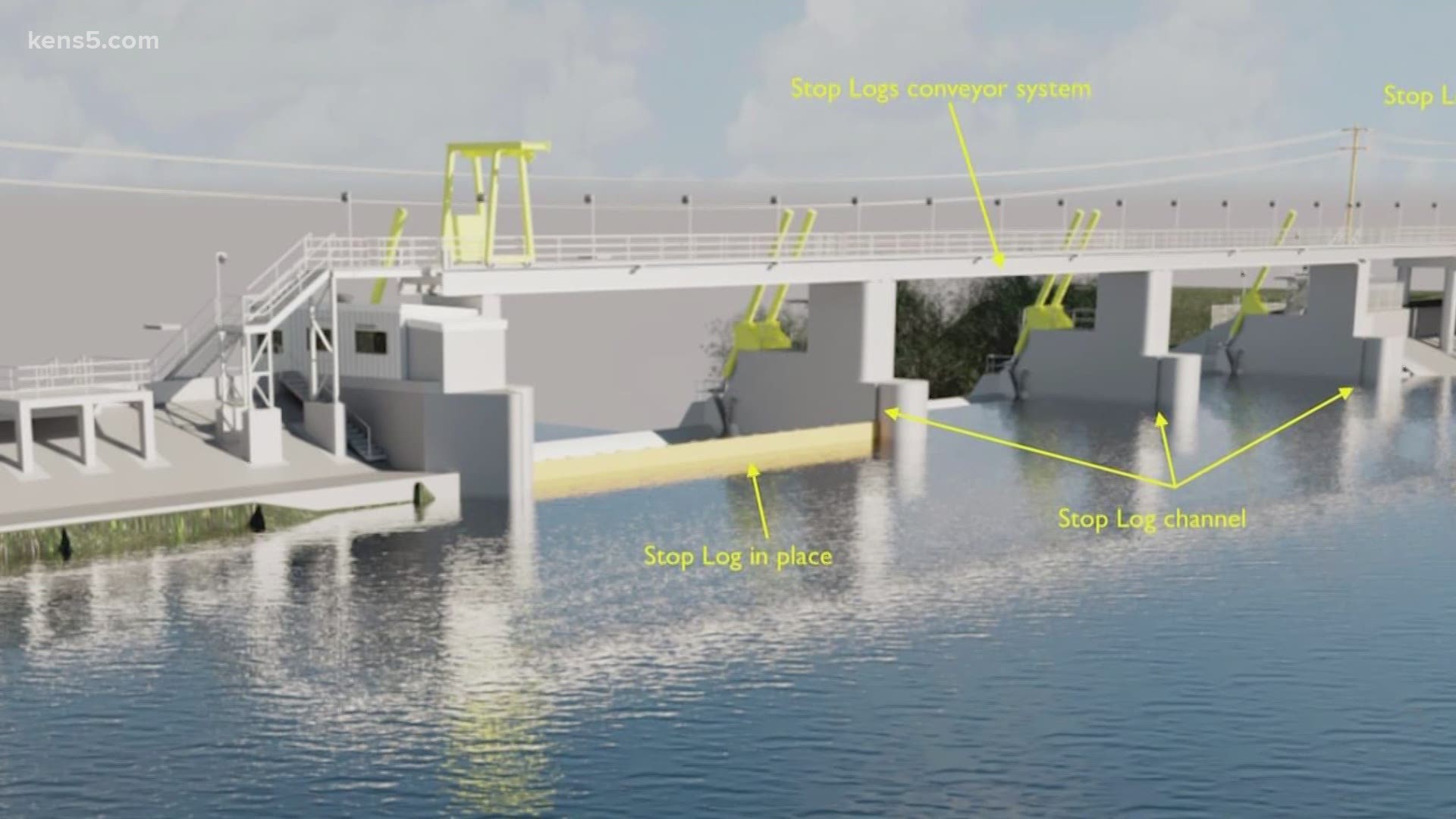 On that day in 2019, most of the water drained from the lake just outside of New Braunfels, leaving property owners wondering how to restore their lake after the Guadalupe Blanco River Authority said they didn’t have the funding to replace the aging dam.

But now, a new hope is on the horizon as construction begins soon on a new dam.

Two years later, docks still stand bare along Lake Dunlap.  Discarded boats share the shoreline with overgrown vegetation that used to be under water before the lake drained.

“It’s changed, but it’s coming back for the good,” said J Harmon, President of the Preserve Lake Dunlap Association.

In the last two years, the Lake Dunlap community has worked together with the GBRA to replace the dam and restore the lake.

“That’s how it started out, just grassroots,” said Harmon.  “I passed literally around a Big Chief tablet and took people’s names and addresses.”

And now those dreams are finally a reality, a new dam for Lake Dunlap with an estimated price tag of $35 million.

Doug Harrison is President of the Lake Dunlap Water Control and Improvement District and said the funding for the dam came from the state.

“GBRA has taken out of $40 million loan from the state at virtually zero percent interest that we'll pay back over 30 years,” said Harrison.

Property owners will foot part of the bill with a tax hike with the creation of a Water Control and Improvement District.  The exact amount of the rate is still being calclutated.

Harmon said sales from hydroelectric power will fund the rest after he researched the revenue that the Lake Dunlap dam would produce.

“We think that depending on how much hydroelectric it makes, it’s definitely going to be a key factor on how much the tax rate is,” said Harmon.

Harrison said the nearly 100-year-old dam will be replaced with the latest technology.

“I love the way these old Germans built that dam that they could make the gates go up and down, no electricity, no power. We're replacing that with a state of the art system that's called a hydraulic gate,” said Harrison. “If you're building a brand new dam today, this is what you build.”

They said the creation of the WCID will sustain the dam for future generations.

“This is going to be here forever now, and the plan that we came up with was specifically targeted for that,” said Harmon.

Harrison said construction of the new dam is set to start any day after getting the green light from the state, ironically on the same day as the second anniversary of the collapse.

“Hundreds of years down the road, we've got a plan. This lake is going to be here for a long, long time,” he said.