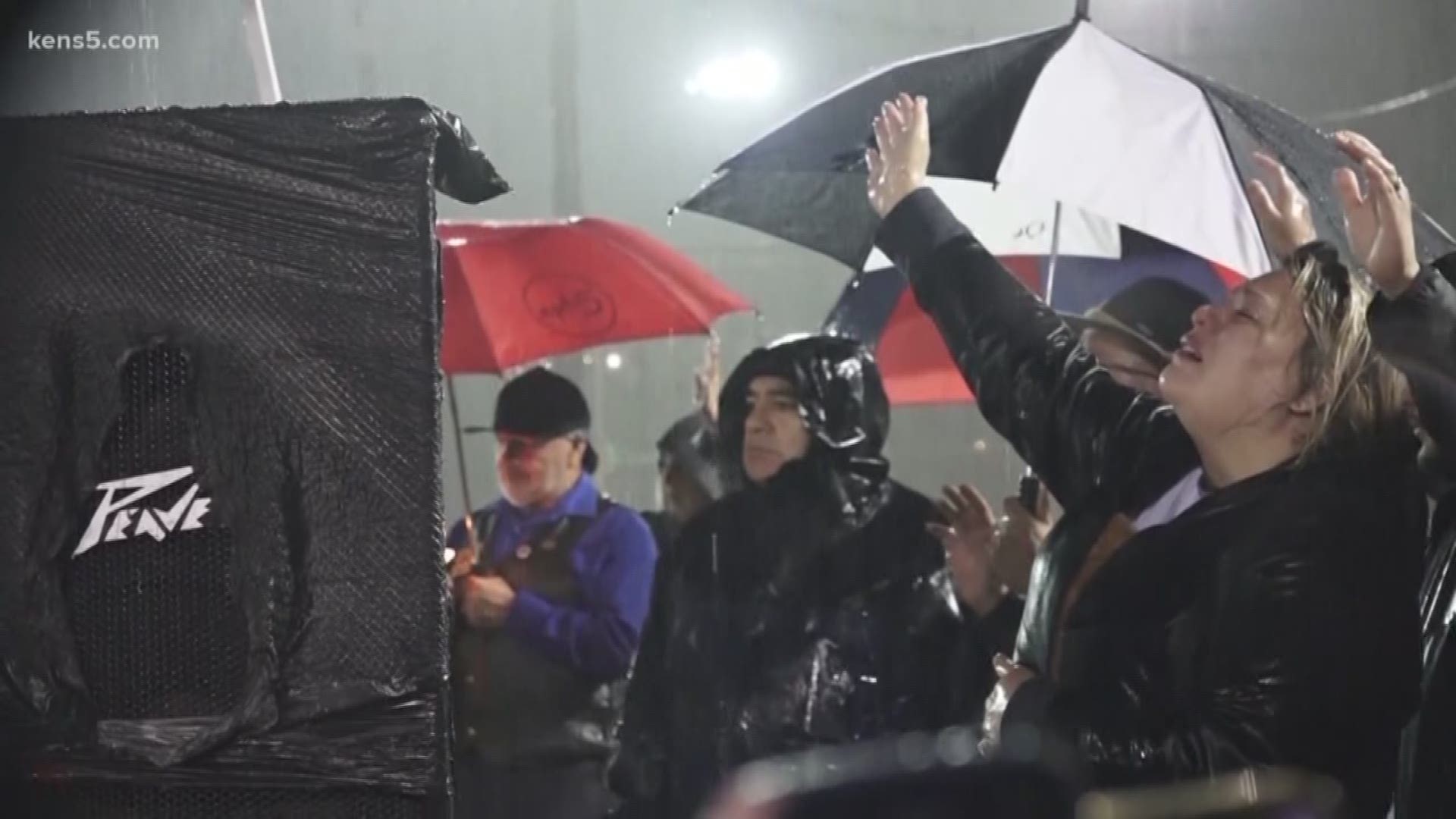 SAN ANTONIO — Hundreds stood in the rain Friday night for a vigil to honor an infant's life taken too soon.

More than 300 people showed up to Monterrey Park for a candlelight vigil in honor of 8-month-old King Jay Davila.

Last Chance Ministries originally announced the event as a prayer service, but it quickly changed to a vigil after the child's father led police to the location where the child was buried.

"Every person here and throughout the world as well that has heard about King Jay has been impacted," Pastor Jimmy Robles said. "And I believe our City will never be the same."

Family members and friends were among the crowd Friday night. King Jay Davila's maternal cousin took the podium to speak on behalf of his grieving family.

"It breaks my heart to know that we will no longer be able to love on him, but I take comfort in knowing that he's in God's hands now," Adriana Gomez said. "We are honored in knowing that baby King has touched so many lives and that he has become San Antonio's baby. Our heart is with baby King and with San Antonio because we know that everyone is hurting too."

Community members and local advocates pushed for change, demanding lawmakers to take a stance and lobby for harsher punishment in child abuse cases.

Jackie Zunaya said she had to show up for King Jay Davila tonight, not only as a community member, but as a mother with a 7-month-old baby girl at home.

"I cannot imagine the pain that a person can inflict on an innocent child. The agonizing screams, just looking for someone to protect them," Zunaya said. "It's just deeply troubling that this unfortunately has become the norm in this country. This isn't something that just happened yesterday, it's continuous throughout the country. Another child being brutally beaten, murdered, tortured, and this has to stop."

A local church has offered to pay for King Jay Davila to have a proper resting place. Services will be announced when the official details are released.

Pamela Allen, the Executive Director of Eagles Flight Advocacy and Outreach, plans to host a balloon release at the site where baby King Jay Davila was found.

The balloon release is expected to start at 6:30 p.m. on Sunday. The closest access point is the corner of Castle Lance and Castle Prince.

A memorial continues to grow at the site, as well.