The initiative comes in the form of an extra $750,000 in the City of San Antonio's 2020 budget, and represents an effort to keep contaminants out of fire trucks. 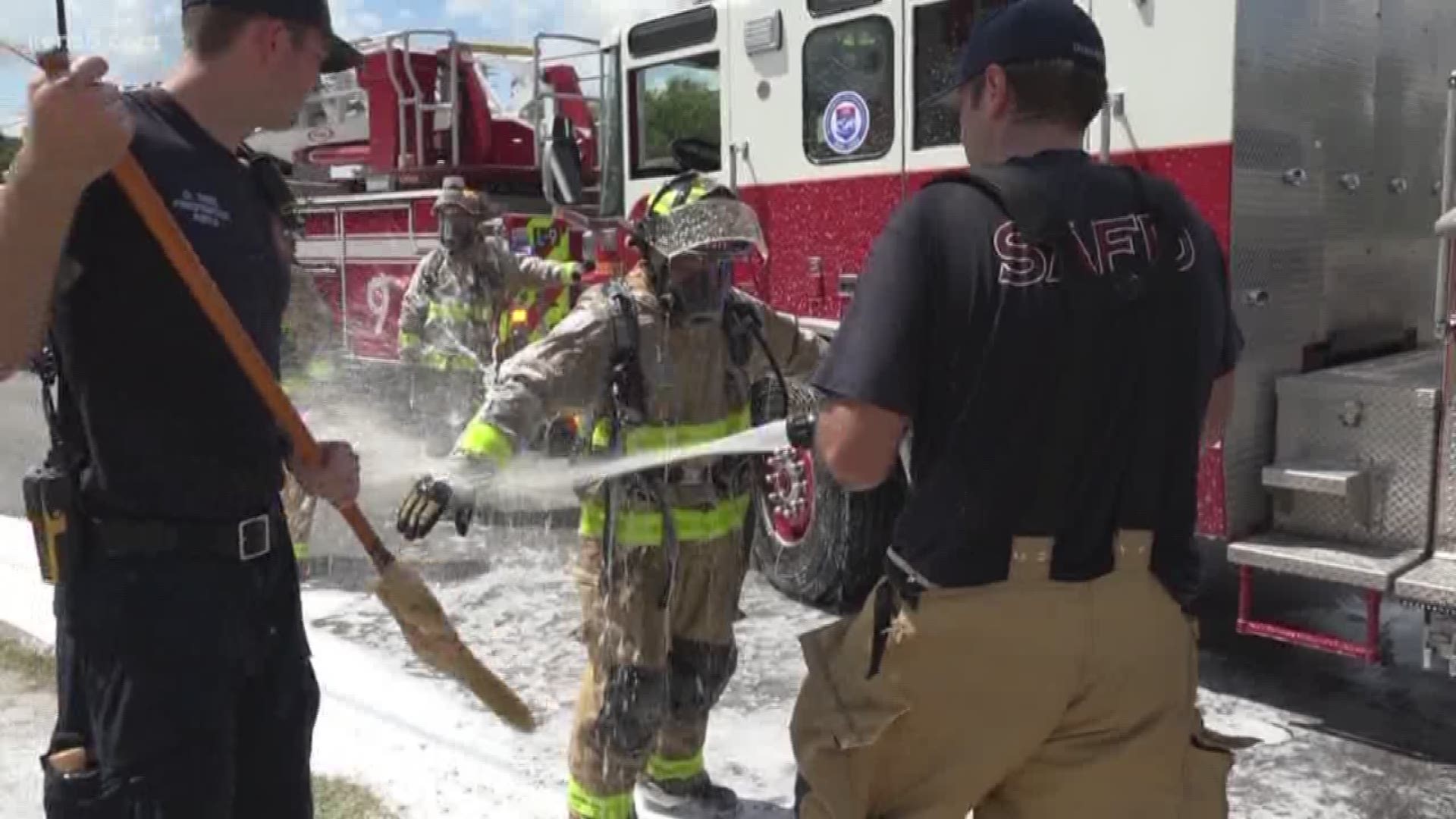 SAN ANTONIO — It's a simple name with an important purpose.

The Clean Cab initiative is one element of the new city budget that was just approved by leaders.

The program, by the San Antonio Fire Department, is an effort to help protect the health of the first responders dedicated to protecting the community.

"One of the major challenges in the fire service throughout the country is occupational cancer," said San Antonio Fire Chief Charles Hood.

Hood said modern fires are complicated to fight and pose risks to the health of first responders.

"We don't know, a lot of times, what's in that smoke and what's burning," he said. "What we have seen throughout the country is that firefighters are dying at an unusual rate and what we cannot tolerate in this department."

The initiative is a personal one for Hood, after watching members of his department lose their battles with cancer.

"We have lost four firefighters in the last four years to occupational cancer.  We have probably 30 of our members right now that are dealing with some level or form of cancer," he  said.

He says firefighters are exposed to hazardous substances both while they are fighting fires and when they leave an active fire ground and return to their quarters. To make the job safer, Hood said they have already changed decontamination procedures at all fires, requiring everyone to be hosed down and swept off before they take off their protective gear.

"They're going to wash their gear off. That's going to take 85% of the contaminants off. Then they're going to go to the closest fire station and the quartermaster is going to show up and make the exchange with fresh, clean gear there," Hood said.

Over the last few budget cycles, the city has invested in spare "turnout" gear for all personnel. That means after a fire, contaminated gear is removed, bagged and taken away for professional cleaning, and in its place, firefighters have a fresh, clean set of gear for every fire.

But the Clean Cab effort takes things one step farther, Hood said, ensuring that firefighters are not exposed to hazardous substances while riding away from fires.

"We want to lead the nation as far as making sure that we are having a clean cab on all our vehicles," he said.

The new budget provision will allow the passenger cabs of all fire trucks to be retrofitted.  Instead of loading into the cabs of trucks wearing all their protective gear, as they have for ages, firefighters will now remove their gear and stow it in completely separate compartments on the truck—hopefully clearing the air they are breathing.

Speaking of breathing apparatus units, Hood said, "We can wash those bottles off and put them back on the outside of the truck so those firefighters aren't riding back to the station, or going on additional calls to where they are exposed to those fumes or products of combustion."

Hood said, historically, "firefighters have had a set of turnouts on. That firefighter is covered in soot and their helmets are black and they're melted and dirty."

With the new procedures, Hood said, "Our firefighters are clean."

"The last step in everything that we're trying to do is to make sure that are cabs are clean, to make sure that we are not packing those contaminants back to the station and trapping them in the seats of the fire trucks," Hood said.

Hood said implementation of the new plan will be underway as soon as possible to protect those who protect and serve.

"What we want to do is honor the members we've lost over the last four years, by protecting our people to make sure that we are healthy," he said.