Cibolo turns out to celebrate, support 6-year-old battling rare cancer on his birthday

Young Mateo is battling a rare form of brain cancer. On Saturday, neighbors threw him a parade to show that they had his back. 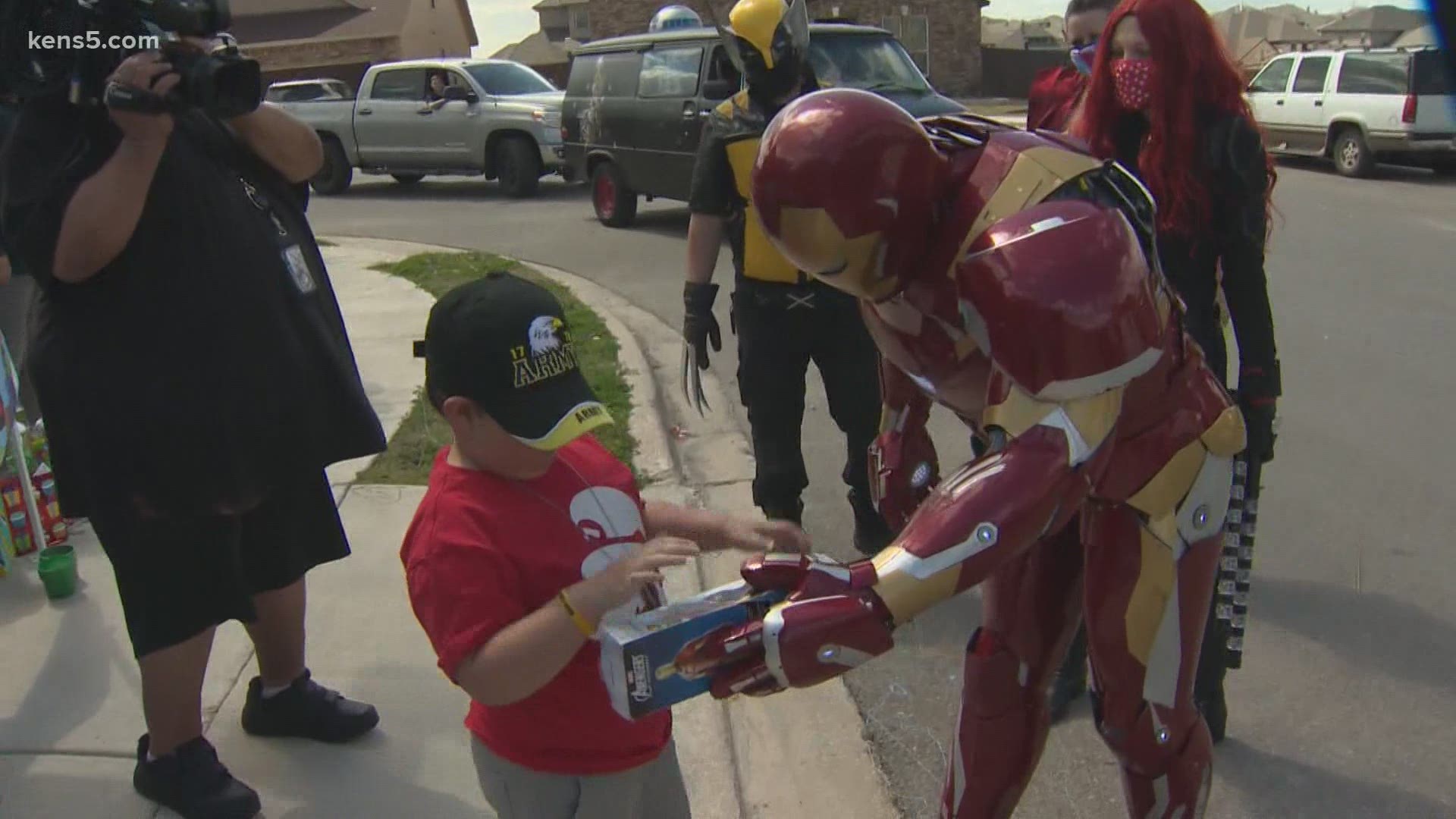 CIBOLO, Texas — Hundreds of Cibolo residents came out Saturday to wish a happy birthday to a 6-year-old with a rare form of brain cancer.

Mateo Sparkman-Luna moved to San Antonio with his family less than six months ago. For his birthday on Saturday, somewhere between 200 and 300 people participated in a parade for his sixth birthday.

“We recently moved here in November and it’s just so amazing how quick the community is to reach out to us knowing what we’re going through,” said Mateo’s Mother, Paloma Luna. “It just makes moments like these very special and we’ll definitely cherish this forever.”

All sorts of characters showed up, including a member of Paw Patrol and several Marvel superheroes. But Mateo’s chose Super Mario as the theme for his party; decorating his driveway were pots painted green to resemble warp pipes as his parents passed out Mario and Luigi cookies to thank parade participants.

“It’s a game that we definitely play a lot, so when we do have our free time, we like to play together,” said Mateo’s father, Alex Sparkman-Royo.

The parade was organized with the help of Gabriella’s Smile Foundation, a nonprofit providing aid to the families of children with Diffuse Intrinsic Pontine Glioma, or DIPG, which Mateo was diagnosed with last year.

“It’s a very aggressive form of brain cancer, it affects the brain stem,” Luna said. “The prognosis is, you know, pretty dismal.”

Gabriella’s Smile Foundation is named for its founder’s daughter, who died of the same disease in 2015. They also provided the family money for expenses during a recent trip to New York for a clinical trial.

“Being that we went through this situation almost six years ago now with our daughter, we provide that personal attention and support to these families,” said Gabriella’s Smile Foundation Co-founder Isabel Torres.

No current treatment exists for this disease, but Alex Sparkman-Royo is hopeful that clinical trials like the one they did in New York will buy Mateo more time.

“If we can buy enough time, our hope is that there is going to be cures on the horizon," he said. "There’s a lot of work being done."