The organization best known for their army of ambassadors is working to help small businesses survive the pandemic. 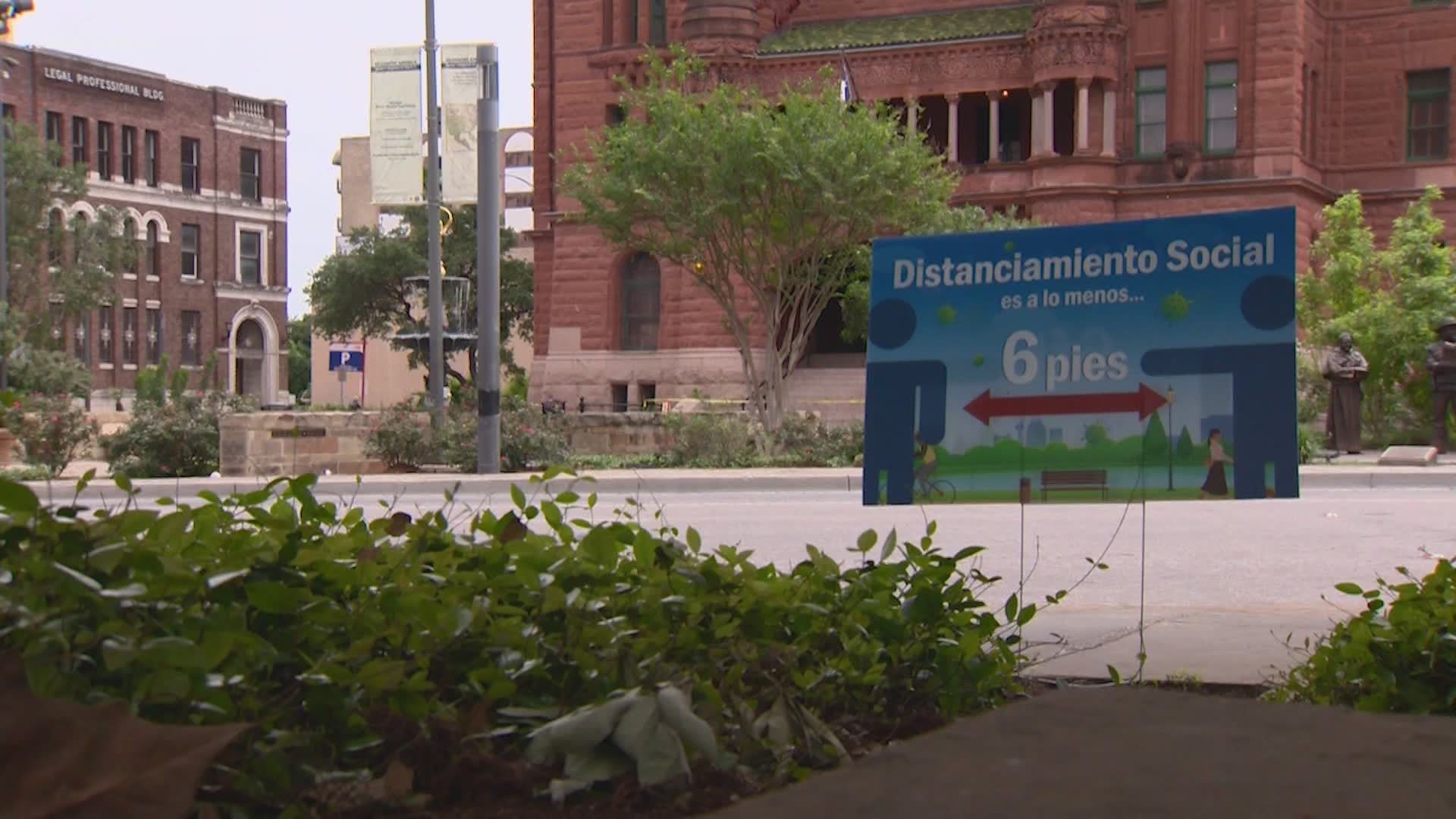 The ongoing coronavirus pandemic has forced small businesses to close their doors across the city, leaving owners with a significant loss in revenue and struggling to survive.

And now that many non-essential businesses have been given the green light to slowly reopen, they need customers and tourists to help them get back on their feet.

That’s why Centro San Antonio is stepping in to help.

“We're invested deeply in trying to make downtown more San Antonio every day,” said Centro San Antonio CEO Matt Brown. “We call ourselves the place-makers of downtown, and place-making is all about how do you make a place that people love to live in, work in, play and visit."

Brown said the organization is comprised of three different non-profits, all of which are guided by four tenets: Prosperity, beauty, being welcoming and playfulness.

According to him, Centro SA is a public improvement district where commercial property owners make voluntary contributions based on their property values to create improvements that city funding isn’t available to complete.

Most people, however, know Centro San Antonio from a yellow-shirted army of ambassadors.

“If you go downtown, and you see someone usually smiling, super darned friendly, cleaning downtown or helping you get around downtown or just, you know, being a friendly face to welcome you downtown—those are the Centro ambassadors,” Brown said.

There are just over 100 in the cohort of ambassadors.

“40% of our staff of the ambassadors are current currently living at Haven for Hope in a transitional program or have recently graduated out,” Brown said.

Centro SA also has a homeless assistance program in a partnership with Haven for Hope, where they provide a workforce development group for the homeless.

Brown said that, overall, downtown businesses have been hit hard during the coronavirus pandemic, which has yielded a major economic emergency across the country.

“What we're really talking about are locally owned mom-and-pop shops, and some are sophisticated mom-and-pop, but still they’re really local sometimes or multiple-generation businesses," Brown said. “They've all been hit extraordinarily hard.”

Brown said in addition to the hotel industry, local restaurants are also suffering, from those reliant on the city's tourists that have been largely absent this spring to food service workers who depend on the lunch crowd.

He said the curbside model helped the business itself survive, but didn’t have a positive impact on the employees, many of whom were furloughed or lost their job.

“But for the human beings, the people that have lost their jobs and the million who have filed for unemployment just in Texas, 100,000 in our city...getting the economy turned around, who knows if it will happen fast enough,” Brown said.

In the meantime, Centro San Antonio is doing what it can to help.

Brown said the organization started a massive cleanup effort a few weeks ago, cleaning and disinfecting infrastructure in the downtown area.

“A part of our cleaning process is we clean infrastructure, that's things like benches and  the railings going down to the Riverwalk,” Brown said. “Our goal is that San Antonio is the cleanest downtown in America. Anything that we see that human beings touch regularly, we are cleaning multiple times a day."

He said they’ve also been working on a beautification project along Houston Street, including new landscaping.

“You define the current ecosystem that that will reveal what's strong about it and what's weak about it, and then build an action plan to strengthen that ecosystem,” he said.  “There's really, really good; good businesses out here that are ready to rock and roll, and they need your help. They haven't gone into hibernation.”

Brown said they’re surveying small businesses to see if they’ve been able to survive the pandemic, and what their plans are for the future.

RELATED: 'Turn Up The Lights In Unity' | San Antonio bars to demonstrate in push to reopen safely

RELATED: 'We don't have any other choice': San Antonio tattoo shop plans to reopen next week, regardless of compliance