The dog's owner says she thinks she was being retaliated against. Police are investigating. 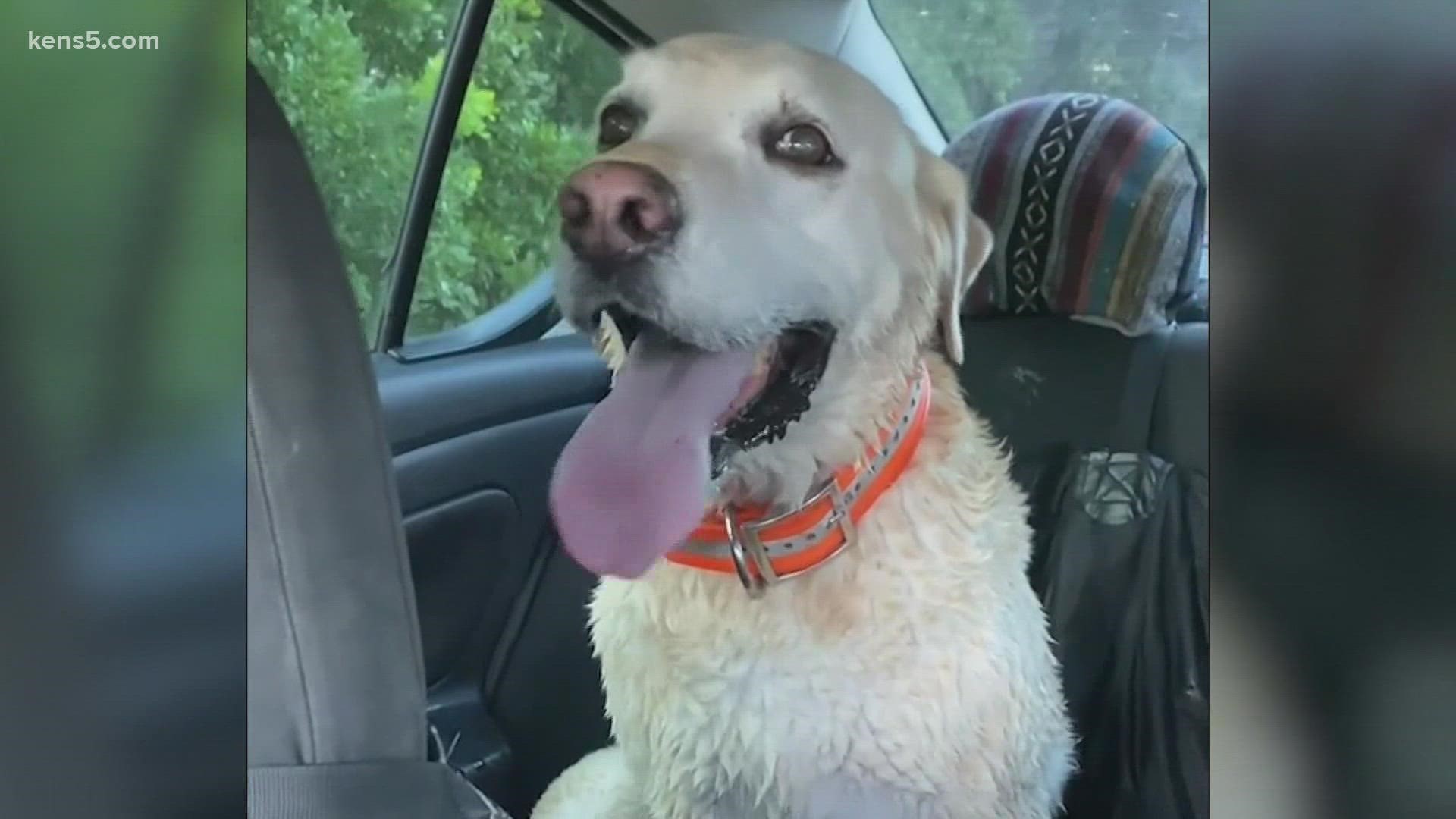 SAN ANTONIO — Editor's note: Some details in the following story may be disturbing.

Sunni Stalbird is searching for answers after she says her rescue dog was found floating at Canyon Lake after going missing. She said someone strapped her dog down to a cement block to drown him.

Stalbird said this could be an act of revenge. Meanwhile, the Comal County Sheriff's Office said an investigation is underway.

"I don’t know how long he suffered, or if this person abused him first," she said.

Stalbird said her beloved dog, Shylo, was found floating in the water at Canyon Lake on Tuesday, just one day after he disappeared. She said someone opened her gate to let her dogs out, and Shylo was the only one that didn’t return.

"(On) Tuesday I got a call from some kayakers, and they found his body floating," she said. "I dove into the water to pull him out. The strength of God kicked in. And that’s when I realized he was tied, and I had to call the law. Being hog-tied to a concrete post is a statement from a criminal. How could you take an innocent senior animal from my family and murder him that way?"

Stalbird believes this could be retaliation. She runs a Facebook page which invites Comal County residents to anonymously share concerns for potentially neglected dogs in the area. She considers herself an advocate for animals and someone who pushes for stronger enforcement.

"I think they are trying to say. 'Stop messing with the animals that are abused and neglected already,'" she said. "We need justice for Shylo. He didn’t deserve to die this way.”

Stalbird is raising funds for a reward to find whoever is responsible. Meanwhile, the Comal County Sherriff’s Office told KENS 5 there is limited information but their investigation is ongoing.