While SA businesses struggle to stay open, one entrepreneur forges ahead with grand opening plans for a south-side beer garden

The new business opened on Friday to the tune of live Mariachi music and masks. 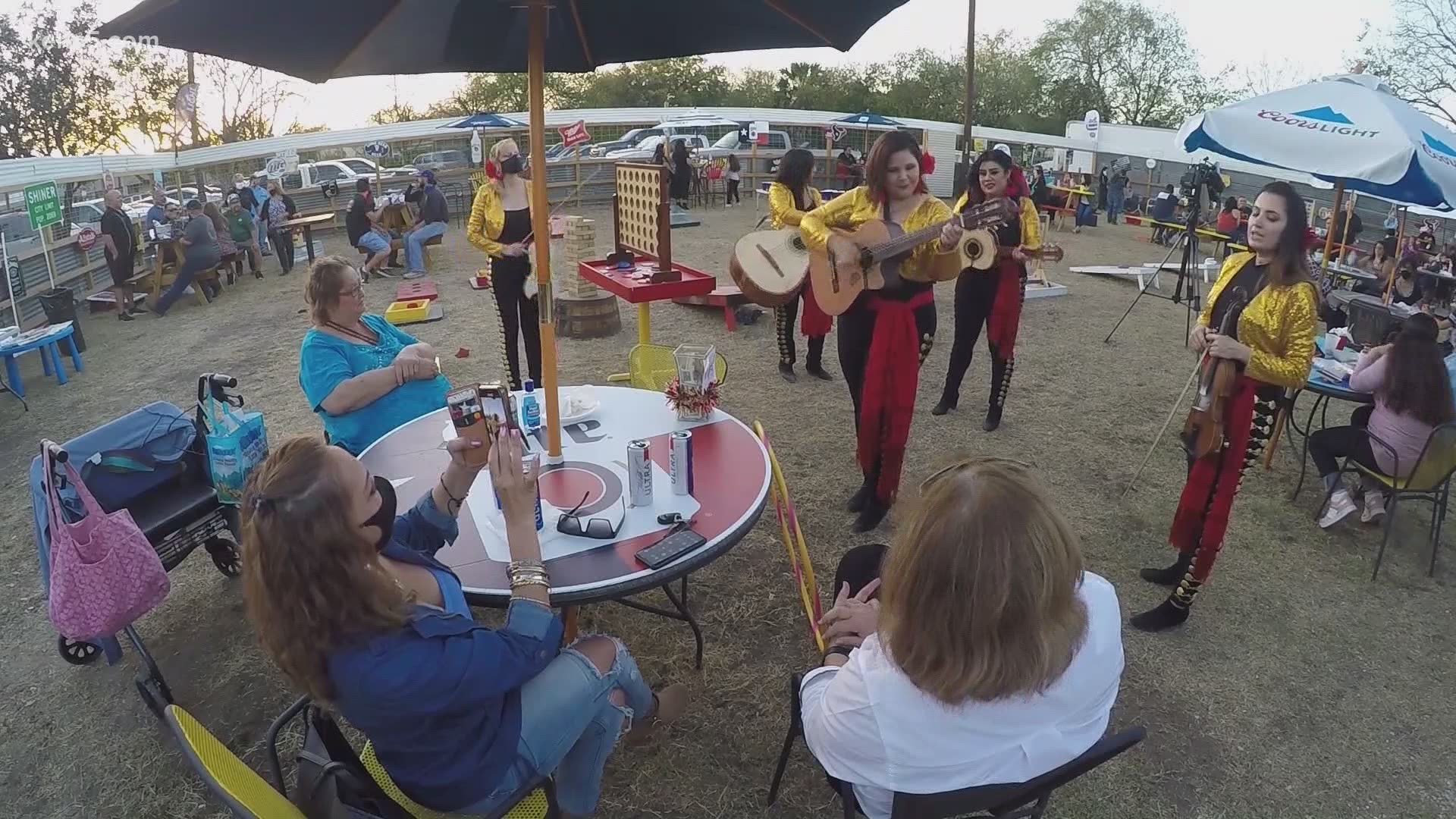 SAN ANTONIO — Despite a spike in Bexar County coronavirus diagnosis numbers and a steady rise in hospital patients, a south-side beer garden opened it doors Friday—at a time when most local businesses are struggling just to stay afloat.

Norm Velez, owner and operator of Brooster's Backyard Icehouse, said that it isn't all about the money, but rather about creating a venue for his south-side community to enjoy with their families. He said they're doing everything they can to keep customers safe at the newly opened business.

"It is scary," he said. "I am not going to lie. They may shut us down in a few weeks. But I can't worry about things that I can't control."

Velez said he is aware of what is going on in his community.

"The health of a community is more important than finances," he said. "I will never put money over my customer's health."

He said he is a responsible business owner trying to bring something new to the southside.

"It is a risk opening up in a pandemic, sure," the owner said. "But we think that our community deserves it. I think as long as we do it safely, we will be OK."

Earlier this week, Bexar County Judge Nelson Wolff said bars could be shutting down again if the positivity rate surpasses 10% and holds steady there for two weeks. However, the beer garden opened as a restaurant, meaning it would not be impacted by that potential move.

However, Velez said if they do have to shut down in the future, they'll be prepared to do it.