From classmates to first responders, Converse community shows up to celebrate Bryce Wisdom 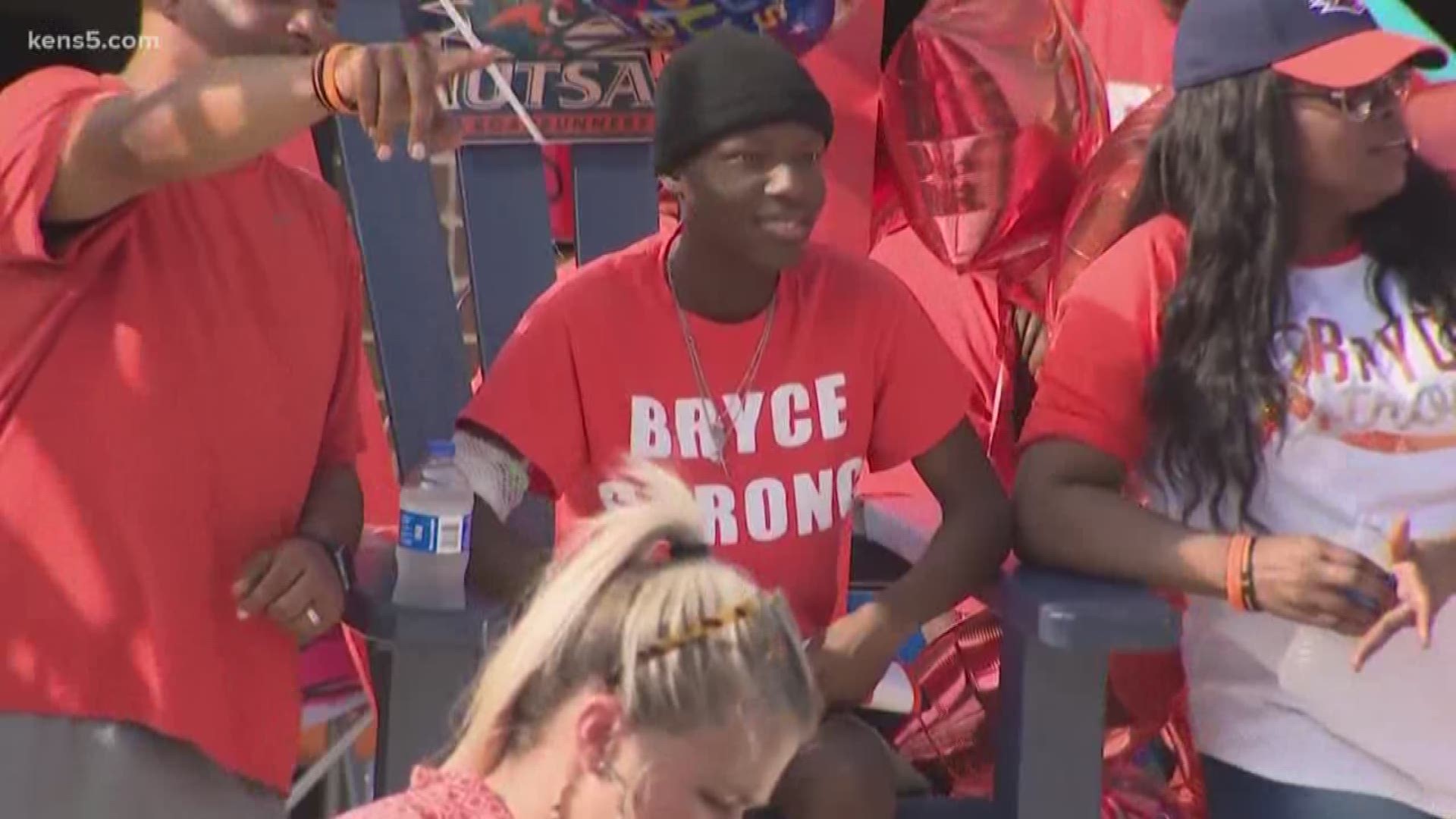 SAN ANTONIO — It wasn't a Judson Rockets championship parade, but that was more than OK on a day like today.

You've likely heard the story of Bryce Wisdom, the Converse teen who has long been battling cancer. He turned 17 on Tuesday, and the local community – from classmates to first responders to UTSA football coaches – threw him a socially distanced celebration to let him know they still had his back.

"It was humbling to see the turnout for Bryce," said Converse firefighter Alex Reyna. "It was an amazing experience to be a part of once again."

"We are really excited that he has made it to this point," added Bryce's mother, Diana. "It's been a year since he's been battling, and we're just happy to be able to celebrate his birthday. Today is a day to be 'Bryce Strong,' that's what it is."

Watch the below video for more.