Billboards protesting police killings are popping up on San Antonio's west side. The creator behind them remains a mystery. 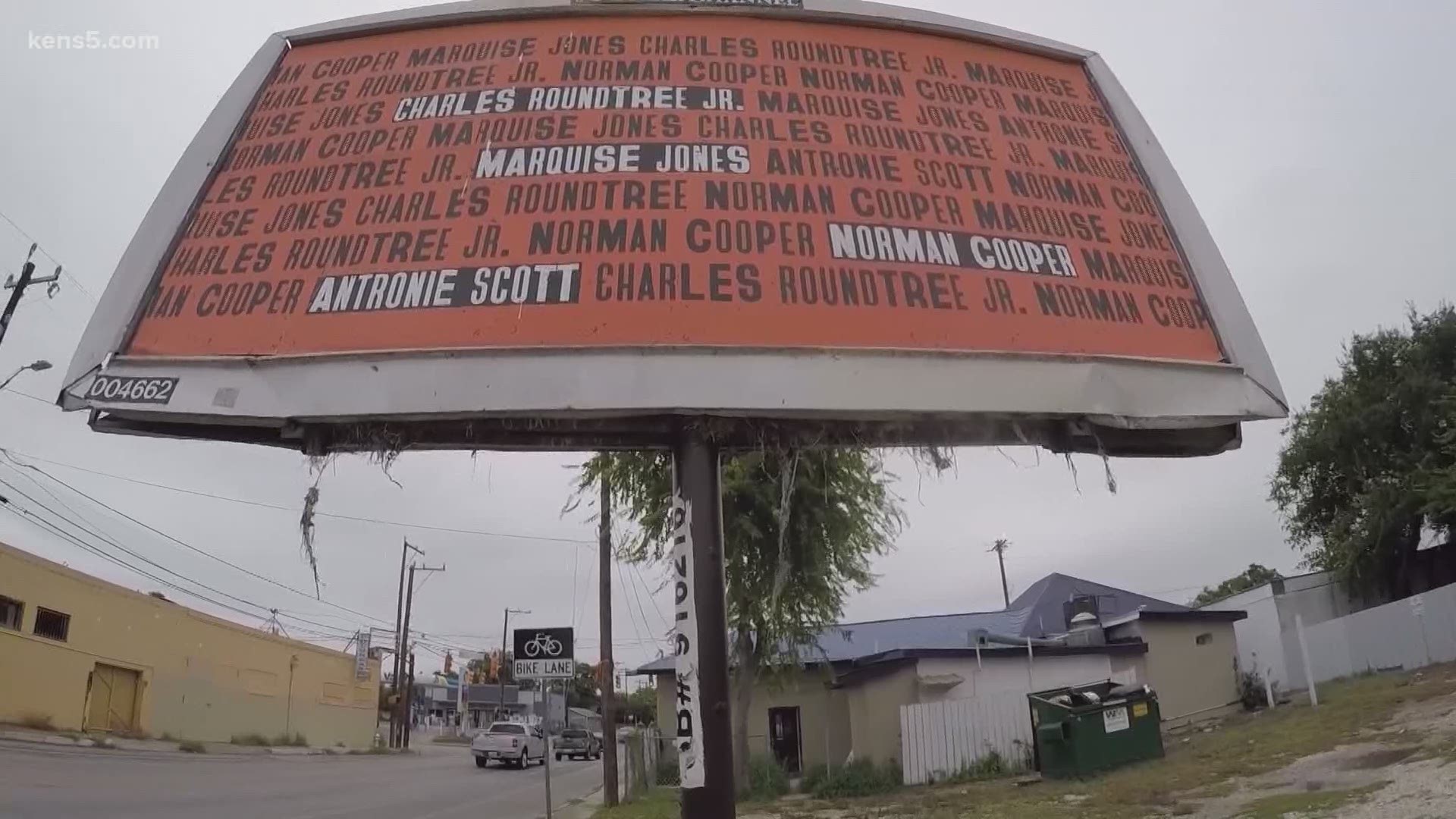 SAN ANTONIO — Newly erected signage on San Antonio's west side addresses police violence and features the names of Black men who have been killed by officers.

The sign on Elivira and South Trinity streets has the names of Antroine Scott, Marquise Jones, Norman Cooper and Charles Roundtree Jr. A second sign located on Guadalupe and South Neuces points to police violence.

Denise Hernandez, a community activist, shared one of the signs on Twitter in a post that quickly began to gain traction. She said the location of the sign was important to her.

"It’s deeper than just signs on a board. These are lives and their families (that are) left behind," Hernandez said. "Poverty, police brutality, over-policing in general, lack of public care, health care, just lack of community care in general—(it) is all tied together. I think that's why it was so special for me to see it on that side of town."

Clear Channel, the company that owns the billboards, said the signs are not paid or donated advertisements. A company spokesman said they plan to remove the messages soon.

"All forms of protest are valid when we are fighting for peoples' livelihood. I think when folks get a little touchy about what is the right thing to do...right is subjective. In protests, a lot of things aren’t legal," Hernandez said. "While they were here, I hope some folks saw them and it made an impact."

Hernandez shared that she is part of a campaign aimed at repealing two chapters of the Texas local government code and defunding the San Antonio Police Department.