Authorities say a caller alerted them to migrants running out of oxygen while being transported in a truck through the region. 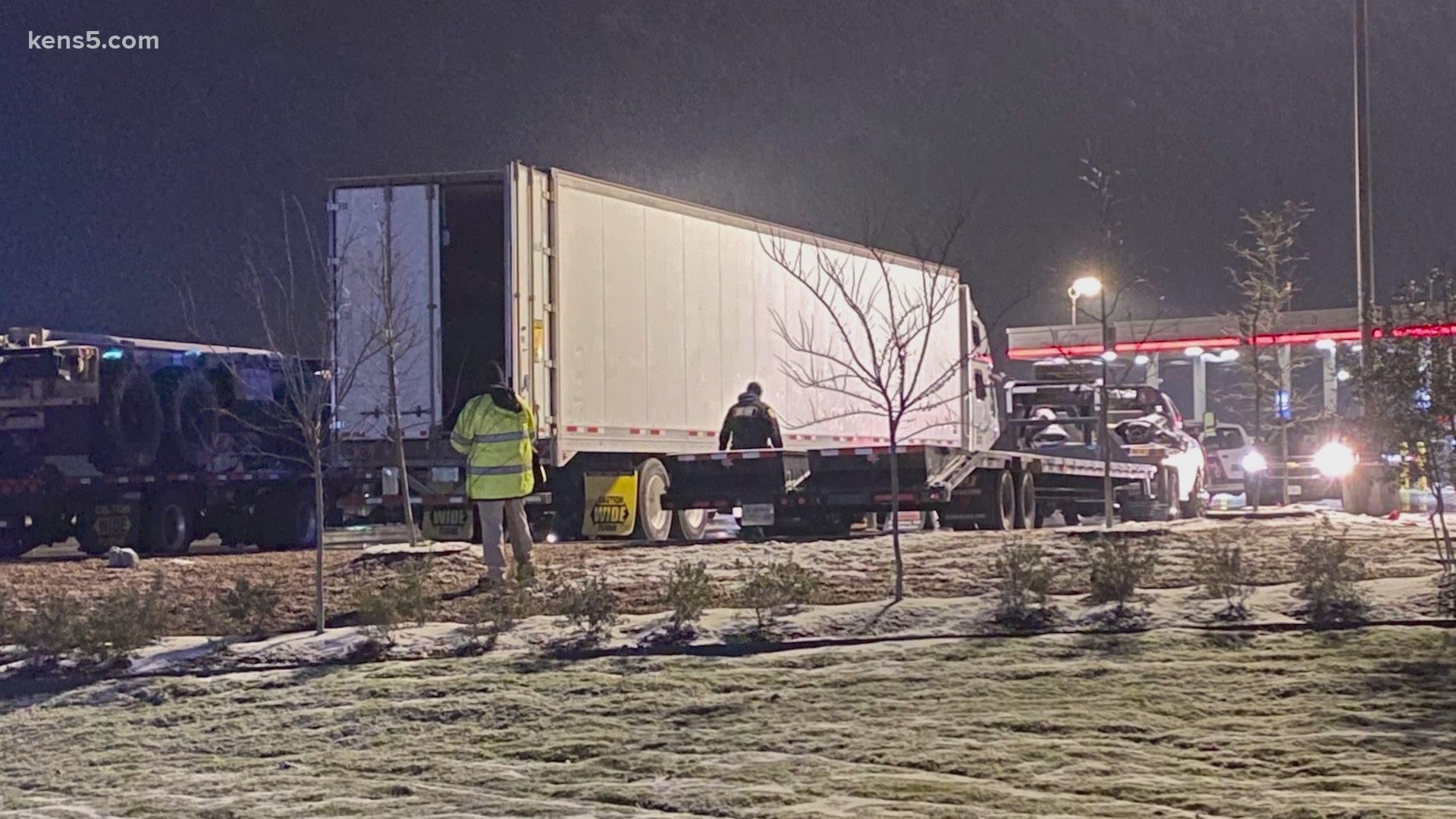 SAN ANTONIO — Bexar County authorities are searching for apparently undocumented immigrants who were being transported through south Texas on Thursday before one of them called local authorities and said they were running out of oxygen.

Sheriff Javier Salazar said that once deputies arrived on the scene of a QT truck station in south Bexar County – having recognized an 18-wheeler that matched the description of the vehicle provided by the caller – “a large crowd of people came pouring out of that truck and ran into the woods.”

Salazar said deputies were able to detain about 50 of them, adding his agency’s concern now resides with the dozens more who are now exposed to the elements as freezing temperatures continue to grip the region.

“Most of the people I saw weren’t wearing jackets; they were wearing T-shirts and jeans, at most,” Salazar said. “We’re hoping we can get these folks in, get them some medical attention and the help that they need.”

Salazar also said any openings in the truck had been sealed off with foam to avoid detection. That created dangerous conditions inside the truck and the people inside were in danger of suffocating, which is what prompted one of them to call authorities.

The sheriff said it’s his belief the migrants are primarily from El Salvador or Guatemala.

Deputies are now working to determine who within the pool of detained individuals are the smugglers in this incident and who are the victims.

The investigation has parallels to a similar incident from last week, when frantic 911 calls to Bexar County dispatchers sparked a search for a tanker carrying potentially undocumented migrants who were lacking for oxygen. One person was eventually arrested in connection with that incident by Immigration and Customs Enforcement, but no details were provided on the condition of the migrants.