Saturday marks the 20th anniversary of the three officer's deaths as the community gathers to honor their memory. 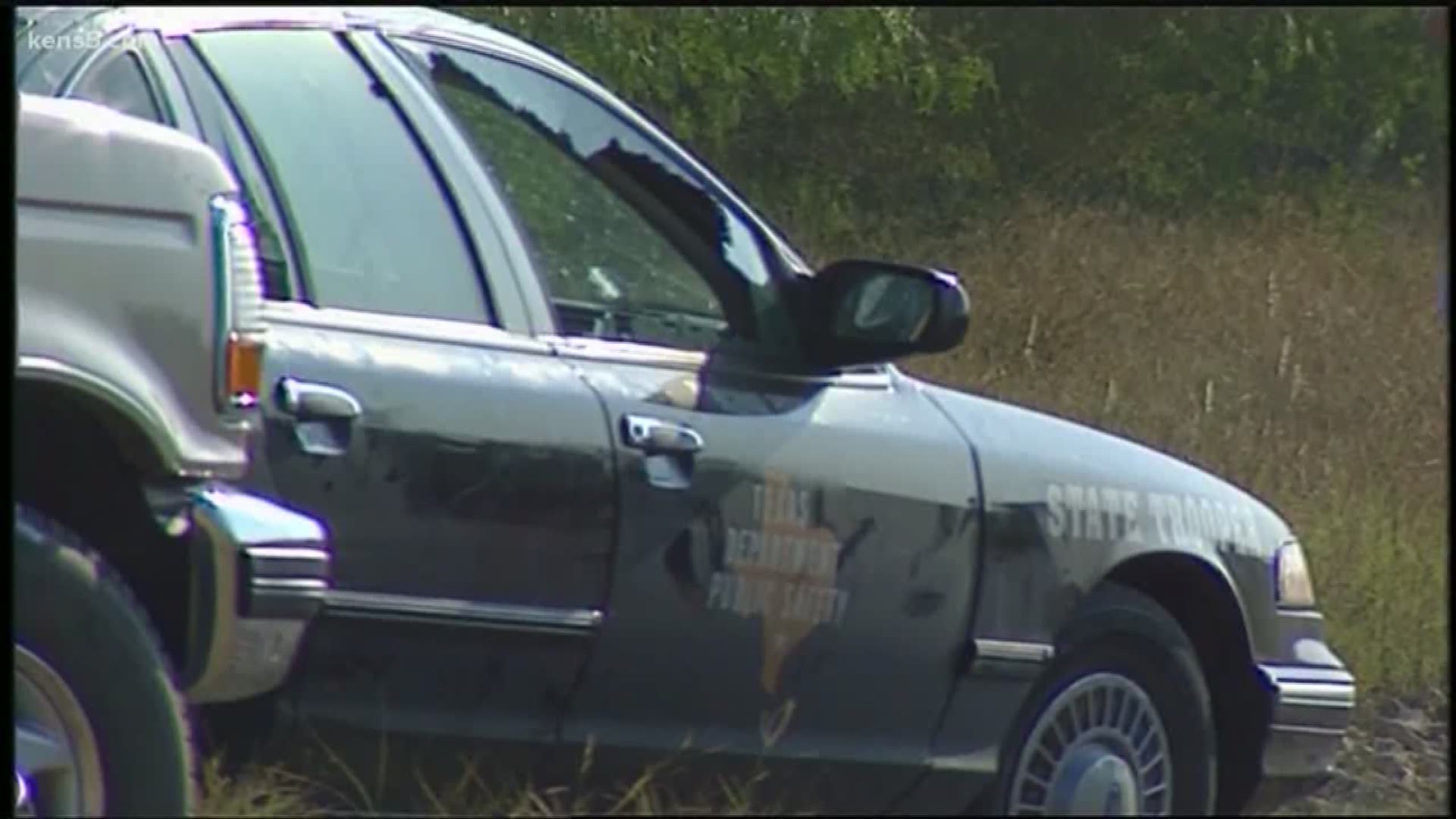 Just after 8 p.m. on Oct.12, 1999, Atascosa County Sheriff’s Deputy Thomas Monse responded to a mobile home off the intersection of Corey and Coughran roads. When the deputy arrived, Jeremiah Engleton was waiting. He shot and killed Monse.

A few minutes later, Deputy Mark Stephensen arrived at the residence, and was immediately shot and killed.

When the deputies weren’t responding to radio calls, State Trooper Terry Miller responded to the home.  Engleton shot Miller just after he was able to send in the call, “Officer down.”

Pleasanton Police Chief Ronald Sanchez was a patrol officer then, just two years into his career in law enforcement. Sanchez took us back to the scene where Engleton killed the three officers.

Sanchez said his partner Louis Tudyk had been called to the scene right before him, and he was speeding down the road, wondering what he was driving into.

“Something just did not seem right,” said Sanchez. “I just knew I was driving to something bad.”

When Sanchez arrived, he was driving right into the gunfire.

Tudyk and retired Border Patrol Agent Carl Fisher had been shot and wounded, but Sanchez said no one knew where the shooter was hiding.

Atascosa Sheriff David Soward was a deputy chief at the time, and remembers arriving to the scene when Engleton was still shooting.

“He stood up and fired multiple rounds from a semi-automatic rifle in our direction,” said Soward. “We could hear the bullets whizzing by.”

Soward said that, by this time, multiple law enforcement agencies had responded, but Engleton was still hiding in the brush, firing at officers.

“It was a very difficult time because we knew there was two deputies and a trooper up there and we couldn't get to them because the guy had been in the brush adjacent to the roadway,” said Soward.

Finally, the San Antonio Police chopper arrived and was able to find Engleton hiding in the brush.

The last shot that night was from Engleton, turning the gun on himself.

Once the dust cleared, close to a hundred officers discovered the tragedy left behind.

“We were able to quickly get the guys out, but it was it was too late. They were all were all shot multiple times and were gone,” said Soward.

Monse, Stephenson and Miller were all killed in the planned attack.

“The two deputies got there about a minute-and-a-half apart. They were both shot and killed when they got out of their car, and the second one not knowing that what had happened to the first one,” said Soward.  “Trooper Miller got there and he pulls up and sees him lying on the ground, tries to back out, radios, 'Officers down,' and he can't even get back out of there, but maybe 75 yards and he gets shot, ambushed—coldblooded ambush.”

Tudyk and Fisher both survived.

Investigators found that Engleton planned the attack after he was arrested the night before by Monse.

His roommate, Kenneth Vodochodsky, was arrested and charged with helping Engleton plan the attack.

Her family had gotten her a police scanner, because she said she loved listening to her husband’s voice while he was on duty at night.

She rushed to the \sheriff’s office where devastating news was waiting for her.

“I had a beautiful life. I loved my husband so much, then this person that I didn't even know crashed into my world," Monse said. "I said it destroyed it and destroyed my children."

In the days following the deadly ambush, neighbors rallied around the officers’ families as they had to bury the three fallen heroes.

“People have said that when you're that sad, you want the whole world to cry with you,” said Monse. “We were that sad and our whole community cried with us.”

A tight-knit community, helping each other heal.

“It could have easily been any of us,” said Soward. “Everybody else was fortunate to go home to their families that night. Those three guys weren't.”

“They'll always be with us,” he added.

Monse said she still grieves over the loss of her husband.

“He was my world,” said Monse. “When that happened and it took him totally out of my life, I didn't think I could breathe because he was everything to me.”

Three officers, loved by so many, made the ultimate sacrifice.

“It had a huge effect in it to this day, it still has an effect,” said Soward.

The fallen officers leaving behind a community that will never let their memory fade away.

“Those three guys, they were heroes,” said Sanchez.

“It's a calling on their life that they can't say no to,” said Monse.

The Monse family created a scholarship for senior band students at Jourdanton High School in memory of Thomas.

Monse said Thomas would escort the band to events, and he enjoyed spending time with the students.

“He loved what he did and he loved being an officer,” said Monse.

A 20th anniversary memorial service is scheduled Saturday in honor of the fallen officers.

The memorial starts at 5:30 p.m. at the Atascosa County Sheriff’s Office.