The work of five artists are bound to trigger your memories as well as your whet your appetite. 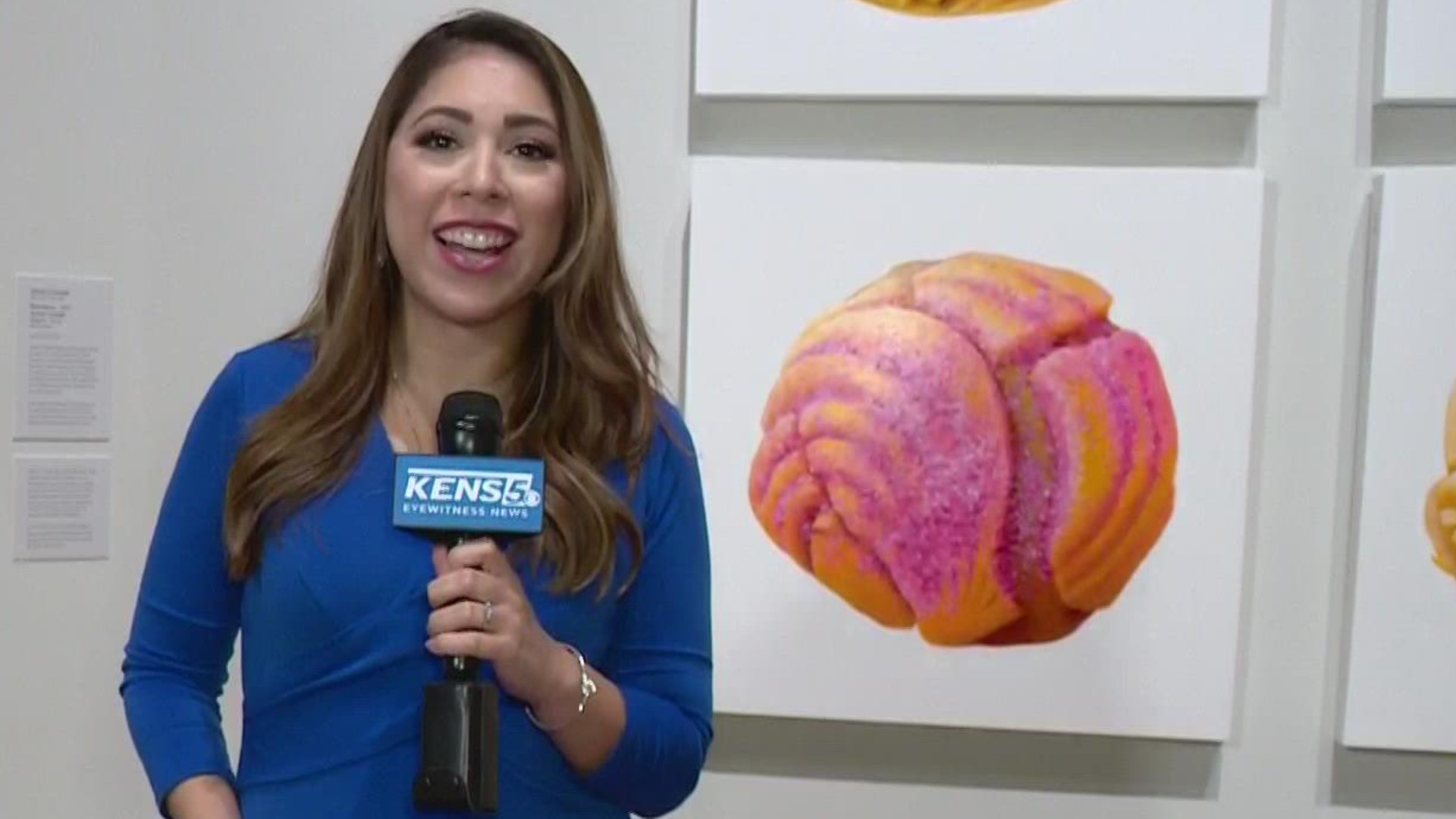 SAN ANTONIO — Like any good standard-setting appetizer, one of the first exhibits you can expect to pass through if you visit the McNay in the coming months will prime your senses and whet your appetite for what’s to come. And like any good foodie Instagram account, “The Art of SA Eats” – located at the museum’s Pat and Tom Frost Octagon, and running through Jan. 23 – wonders if food and San Antonio’s cultura de comida can’t be just as satisfying to gaze upon than to eat.

“The Art of SA Eats” brings the talents of five local artists to the McNay, where scale-model miniatures, mouth-watering paintings and looping video projects collaborate for a compact but comprehensive showcase illuminating not only why San Antonians eat what we eat, but where as well.

Exhibit organizers say they hope it also recontextualizes the "where" of the McNay itself.

“It was really important, as you come through here, for it to be a welcoming space,” said Isabel Servantez, an “Art of SA Eats” co-curator. “For good or bad, there’s still a lot of misconceptions about museums not being welcoming. We try to highlight moments of embrace.”

We spoke to three of the artists on a recent visit to the exhibit about their inspirations, and about what they hope to capture with their work.

The first thing you’re likely to notice about Steven Cromwell’s miniatures is how hyperdetailed they are. (Yes, that striking shade of red on the ‘59 Impala is genuine two-coat paint GM would use.)

The second thing you’ll notice is while his miniatures are of familiar places around town – including the west side’s now-razed Malt House, the still-going-strong Oscar’s Taco House –  he hasn’t created figurines to populate them.

That job, Cromwell says, is up to visitors.

“The second I add figures, your memory and your vision of my work is only going to be locked into what that painted figure of a person is doing,” he said. “Your imagination runs wild without the figure there.”

You could say he’s providing the canvas for your experiences to paint their own art. Or, in keeping with the theme of “Art of SA Eats,” he’s expecting you to spice up his creations to your preference.

Either way, scale models have been Cromwell’s own artistic preference for more than 30 years, having created them since he was a child.

“I almost don’t have to do any measuring at this point, I’ve been doing it for so long.”

But there’s always time to test his skills, which he found out for himself when he pumped out the six miniature dioramas in about a month and a half. He says it would’ve taken about four times longer if he wasn’t on a tight schedule.

A pair of paleta carts, a vintage truck stop, a bakery storefront and a chamoy-themed food truck run by a fellow artist round out Cromwell's pieces, which he says were created almost entirely by hand, using materials found at any hardware store. Cromwell said his goal was to create a “celebration of the past” rather than channel pure nostalgia.

“All the places that I’ve been trying to do are either family-related or places I remember going to. It’s become an unplanned exploration of San Antonio’s ethnic diversity,” he said, referring to the various stories and memories his models have drawn out of McNay visitors.

Before creating her blown-up oil paintings of half a dozen conchas – paintings so photorealistic you’d swear her trade was photography – Eva Marengo Sanchez underwent the most envious kind of research.

She visited 20 San Antonio panaderias and bought a concha from each, eventually bringing them all home and laying them out side by side where she could examine them closely. That’s when the details of the beloved breakfast pastry rose to the surface.

“I think of them as snowflakes,” she said. “They all look the same, but they’re all so different from each other.”

She prioritized choosing six different pan dulces for “Art of SA Eats,” painting them on huge canvasses in eye-popping colors. In conjunction they show how there’s no such thing as one kind of concha—one of Sanchez’s paintings shows an orange-colored treat with pink sugar while a yellower one isn’t topped with sugar at all, and all have variations in the cracked surface patterns conchas are known for.

There’s a bigger picture to those differences, Sanchez said.

“I wanted to be representative of all different sides of San Antonio, so these are all (from) a circle around town,” she said. “It’s a celebration of the aesthetic beauty of our culture.”

“It feels like different individual people being represented without putting a face to any of them,” she said. “I love that you can tell a story about a person without an individual being depicted."

You might not be able to taste these conchas, but they also won’t spoil. Sanchez said she had to think on the fly to preserve the several she bought to prevent them making a stink before she had a chance to get as many photographs as she could to work from.

No one would look at a piece of San Antonio restaurant or motel signage and recall the great Renaissance artists.

No one, that is, except for Ben Ortiz, whose artistic side found inspiration while he was living in Italy. And when he returned to San Antonio, he discovered newfound appreciation for the vintage handmade signs he recalled from his childhood, equating them to public art.

“And the weird thing is they’re tearing them down like crazy,” Ortiz said. “So this fantastic window of sculpture for everyone, for any person to experience –  think about how egalitarian that idea is – and now we’re going to a new idea that’s kind of leaving that.”

So he got started on making sure old ideas stick around. Ortiz creates oil paintings of those signs still visible along San Antonio streets, making sure to capture the creative shapes, bold colors and unlit strips of neon bulbs which give them a different flavor at night.

That Ortiz primarily paints the signs as they look during the day adds a level of imagination for those observing his art and recalling their own experiences.

“Something about that neon dancing on top—it’s like we’re discovering there are many dimensions to this reality, and the neon is another dimension to the reality of what the sign is trying to say,” he said. “It’s a wacky idea. I was trying to get at the idea of reality in a world dominated by screens.”

That being said, you can pull out the screen of your own and watch Ortiz in action. He frequently posts time-lapse videos on his Instagram account which provide an idea of how meticulous his work is—work that amounts to evidence of an artist motivated to preserve his hometown’s iconography.

“It’s about something personal in an era when the personal is vanishing fast,” he said. “San Antonio is beautiful when no one’s looking. When it’s just itself, it’s so beautiful and such a personal place.”