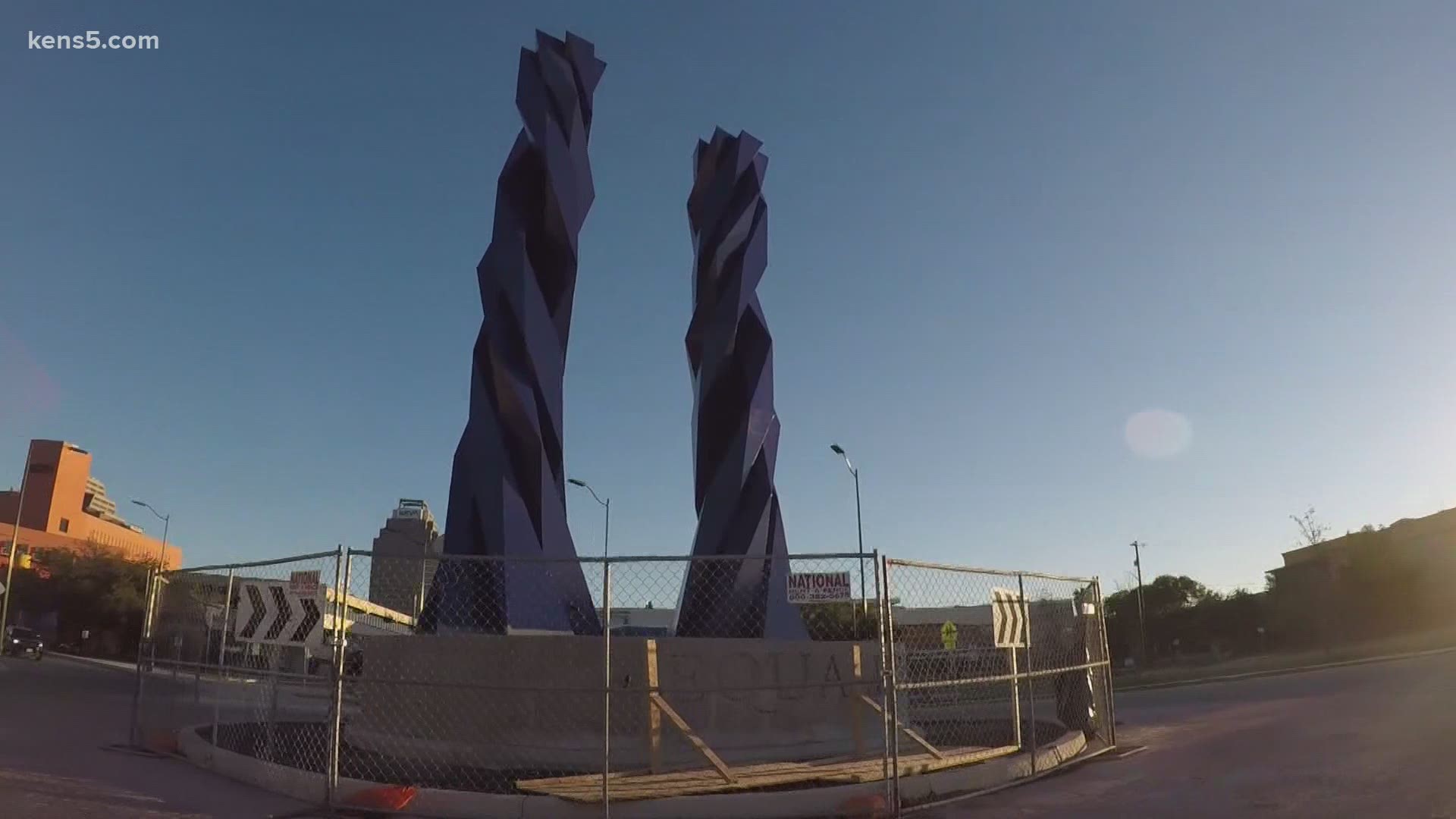 SAN ANTONIO — A new sculpture from the creator of the Torch of Friendship in downtown San Antonio is being installed near the Central Library, marking a new addition to the city's collection of iconic structures.

“This is a gift from the artist to San Antonio; it’s a very, very expensive gift and we’re very happy to have it,” said Debbie Racca-Sittre, San Antonio’s director of arts and culture.

La Puerta De Igualdad, or The Door Of Equality, is the creation of Mexican artist Sebastian, the mind behind downtown San Antonio’s Torch of Friendship, which highlights the special relationship between the Alamo City and Mexico.

“I think a lot of people see the Torch of Friendship and they think of San Antonio,” Racca-Sittre said.

Located at Main and San Pedro, the new 33-foot-tall sculpture commemorates the history of San Antonio’s struggle for equality.

“So, you see that twisted metal look,” Racca-Sittre said. “That’s the grind of the work done by human rights and civil rights advocates in San Antonio over the years.”

The Door of Equality

According to Racca-Sittre, the space between the pillars represents an open door that can be stepped through freely. The door opens up to the sky, representing the hope for an equality that is endless. When it is finished, the pillars will be lit from within.

“He says, 'OK, this is like an eternal light that’s giving hope to people for equality,'" Racca-Sittre said.

She added she’s confident the door of equality will leave a positive impression on the Alamo City.

“I think it’ll have a lot of resonance for people in San Antonio," she said. "It will resonate as something that San Antonio needs to really focus on: equality.”