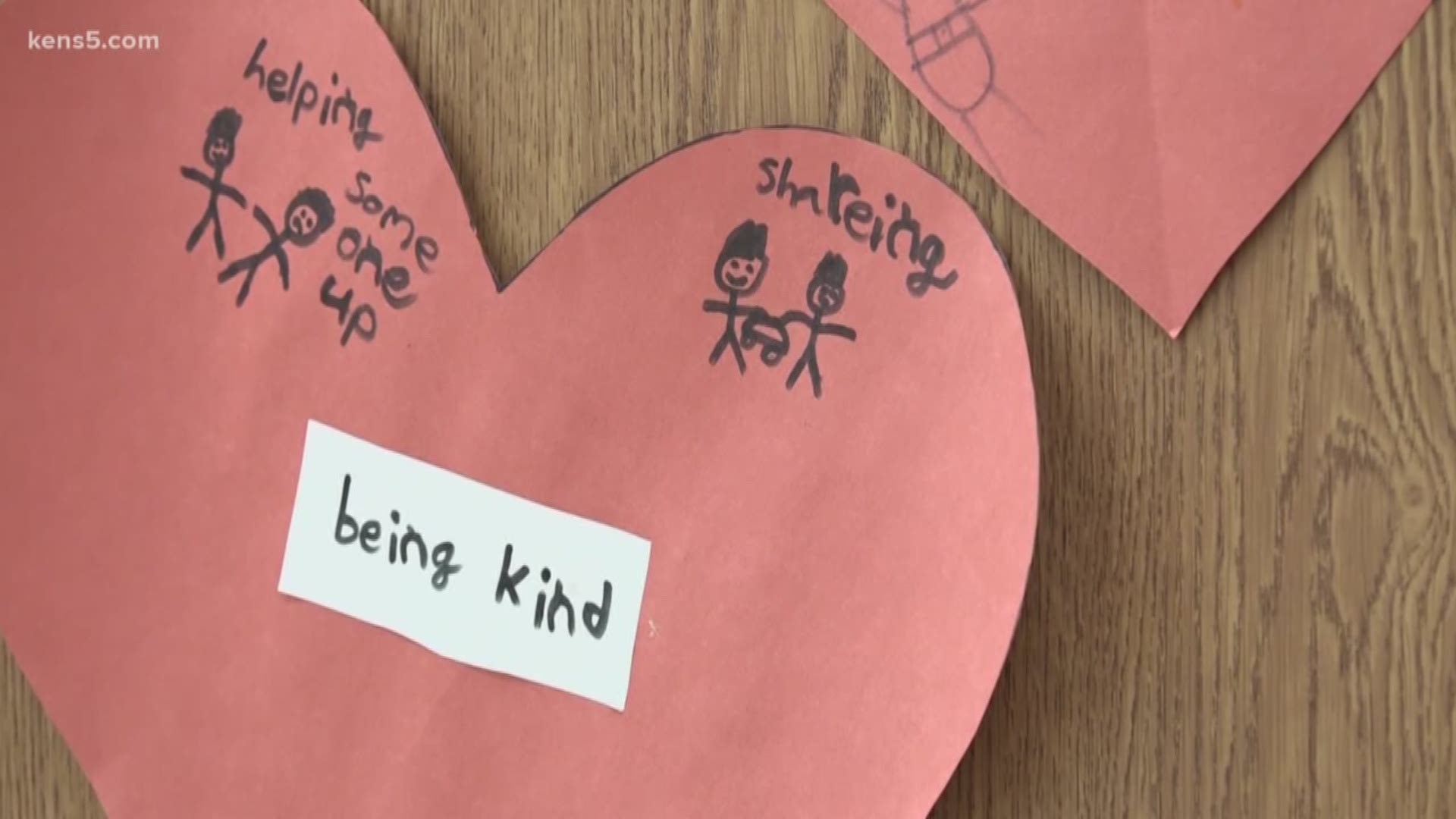 SAN ANTONIO — The cafeteria at Longs Creek Elementary is covered in hearts and streamers for Valentine's Day. Love is in the air and Cafeteria Manager Edna Guzman can feel it.

Pinned behind the cash register are notes from the children she serves each day.

"They say, 'thank you' and 'we are the best,'" Guzman said. "Thank you for filling our tummies."

It makes Guzman happy to take care of these kids. You can imagine her joy when she heard a Good Samaritan wanted to help them.

Nearly 1,000 elementary school students within the North East Independent School District had their lunchroom debt canceled thanks to an anonymous donation.

"It's great that people, they care about the kids," Guzman said.

Sharon Glosson is the executive director of school nutrition for NEISD. She said the $5,000 donation cleared the lunch debt at 24 of their elementary schools. There's still a little extra leftover to cover more meals.

Glosson said they know next to nothing about this donor.

"It really was a random phone call," Glosson said. "We don't know if this person is local or if they have a connection to our community."

She said they only spoke to the person's investment manager who said the donor was looking to do some good.

"This was their idea for how they could help and how they could spend some of their funds," Glosson said. "We were happy to take them and happy to see it applied to so many kids."

Just as the kids appreciate Guzman, she's grateful for the secret admirer who cared enough to make a difference.

"It's very awesome that people care about these kids," Guzman said.

During the summer, the district started to collect lunchroom donations by calling graduates who had positive account balances. Glosson said they called thousands of students and collected $3,000.

So far this year, NEISD has collected $20,000 in donations for its lunch program. Glosson said this isn't typical for them. Last school year, they collected about $5,000.

North East Independent School District - NEISD
The next FREE all city heart screenings for teenagers event will be ... at The College of Health Care Professionals on Saturday, February 29, 2020 and hosted by AugustHeart. AugustHeart creates accessibility to FREE lifesaving heart screenings for teenagers to identify undetected heart abnormalities putting teens at risk for sudden cardiac death.