Alamo Drafthouse will require masks upon reopening; Santikos has kept it optional for patrons

We run down which theater chains do and don't require masks of moviegoers as cinemas begin to open up. 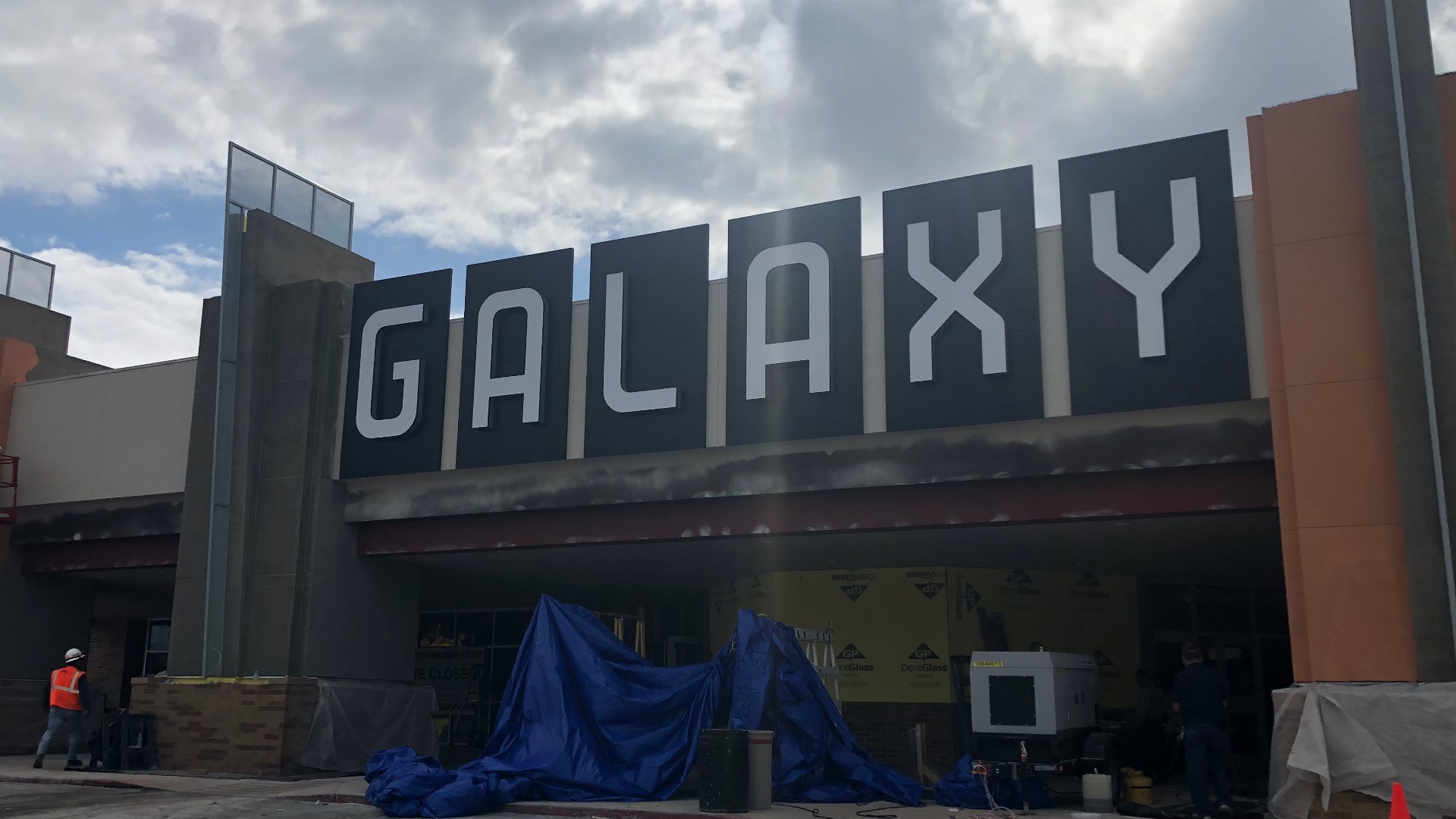 SAN ANTONIO — A day after AMC caused an online uproar after saying it wouldn't require moviegoers to wear masks when it begins reopening theaters on July 15 – and less than two hours before North America's biggest cinema chain reversed course on that policy Friday – Texas-based Alamo Drafthouse said it would require patrons to wear masks when its locations reopen.

In the message posted to social media Friday, Alamo, which has three San Antonio locations and another in New Braunfels, also made it a point to say the decision is health-based and not rooted in politics after AMC's CEO drew ire on Thursday for saying it "did not want to be drawn into a political controversy" by requiring masks.

The announcement is the first indication of specific health policy that the theater chain will adopt upon reopening to combat the spread of the novel coronavirus. There's no set date for when Alamo Drafthouse will begin reopening its box offices, but hinted that more news on that front will come soon.

Meanwhile, AMC on Friday said the backlash to its initial decision on the matter made it clear "that we did not go far enough on the usage of masks," and will be requiring them of patrons upon reopening. Theaters will also be selling masks for those who don't have one, and "those who are unwilling to wear a mask will not be admitted or allowed to stay."

While most theaters across the country have been closed for a few months due to the pandemic – delaying the releases of major Hollywood projects and resurrection the drive-in theater business – San Antonio-based Santikos has been up and running for a few weeks, although under limited capacity and only at some of its locations. According to its safety procedures, all customers are being screened upon entering, individual groups must stay six feet away from each other and face-to-face contact between customers and employees is reduced.

Santikos has also made mask-wearing optional for its customers "in common areas" like the lobby and restrooms. Although if customers are unable to practice social distancing, the company says it "reserves the right to make them mandatory."

City Base Entertainment on the city's south side has also been showing movies for a few weeks, albeit at a slightly modified operating structure including limited capacity. As of early June, the chain is "strong recommending" that moviegoers wear a mask when unable to maintain six feet of distance from others.

It should be noted that Santikos and City Base's respective policies will most likely be adjusted by Monday, given the new local order that all Bexar County businesses must require customers to wear masks when social distancing is an impossibility. Brad Smith of City Base Entertainment confirmed those plans are already in the works, and masks will be mandatory in lobbies, hallways, bathrooms and the arcade. In auditoriums, social distancing will be enforced.

"COVID is always evolving; as a business, we will be making sure we adapt to all safety practices to make sure we provide a fun, safe experience," Smith said.

We reached out to Santikos about whether it will be planning on modifying its procedures beyond mandatory masks next week; we have yet to hear back.

Meanwhile, Cinemark will begin reopening San Antonio locations on July 3, before AMC. According to its policy, masks aren't required by patrons unless local governments require it, but the chain is "strongly encouraging" all moviegoers to bring one along.

Close to the metro, EVO Entertainment locations in Kyle and Schertz have reopened as well. As part of its most updated safety plans, guests can request a mask but aren't required to wear one. They can request a disposable mask from employees.

On July 10, Regal will also begin welcoming moviegoers back. As part of its safety plan, guests will be required to wear masks in lobbies, while social distancing efforts will be practiced in auditoriums.