The new owners of a sand mine in Poteet are offering help to residents several months after a severe storm led to a company pond breach. 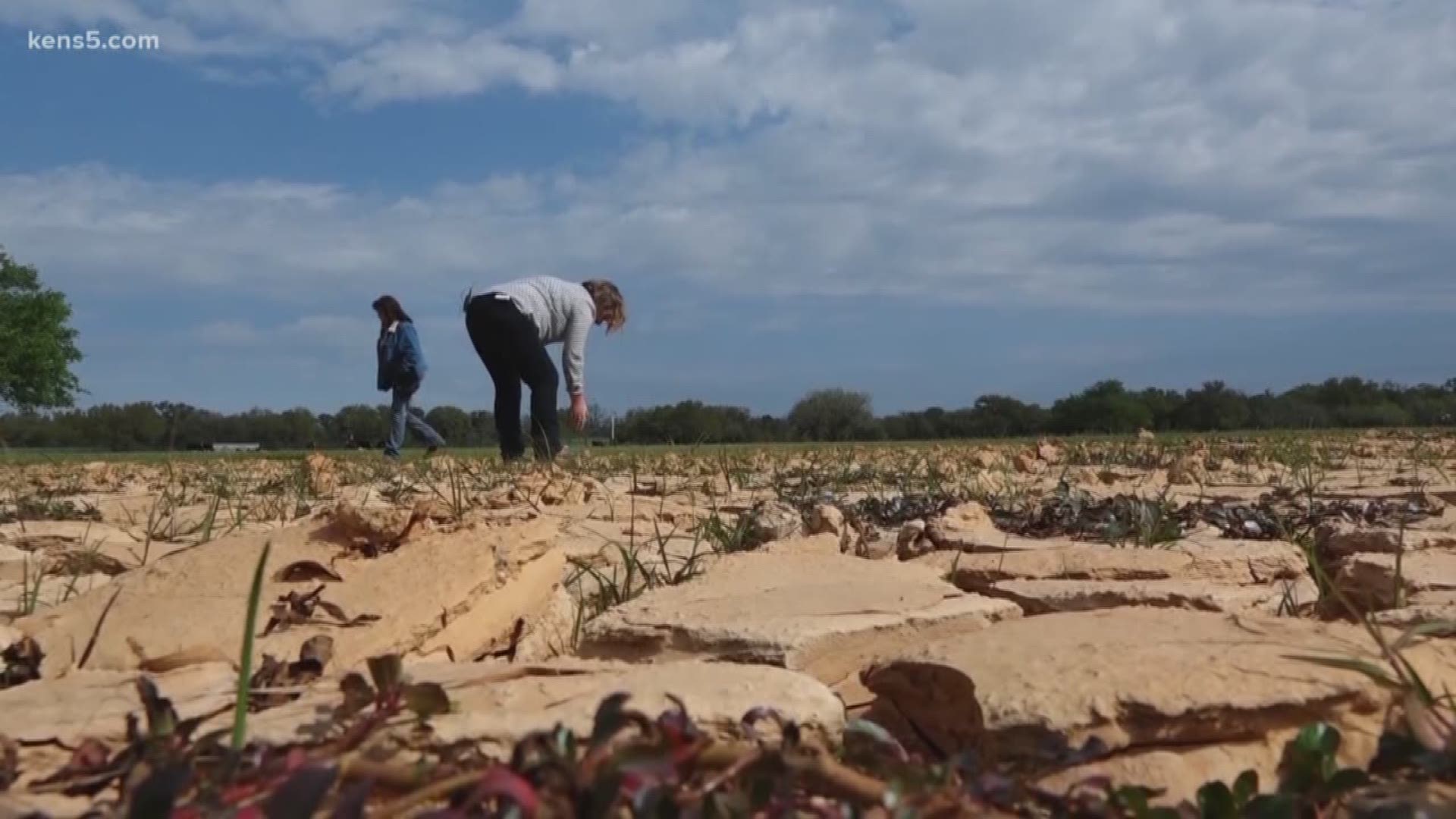 POTEET, Texas — More than six months ago, a storm turned an Atascosa County creek orange and flooded nearby properties, alarming nearby landowners. It wasn’t until later that they learned a pond at a nearby sand mine spilled during the downpour.

The pond breach left a community in Poteet searching for answers and wondering if the orange sediments that seeped into their creek – a tributary along Galvan Creek – posed a danger.

Julie Hilberg says the peace and tranquility in Poteet lured her into a new home more than eight years ago, but the last six months have been troubling.

But last October, that peace was shattered.

“We had this huge swath of water that came through, this river,” Hilberg said. “It backed up on our tanks.”

An investigation by the Texas Commission on Environmental Quality later revealed that a retention pond belonging to Preferred Sands of Atascosa, a frac sand mine, spilled into a nearby creek after the storm. Hilberg says the spill turned the creek orange and left a clay-like sediment on her land.

Hilberg pulled a piece of that very same clay, about six inches long, off the ground. She pointed out how the pond spill destroyed her water tank, killed the fish inside and suffocated a big chuck of grass on her land.

She estimated the spill caused thousands of dollars in damage.

Hilberg described the orange clay covering a part of her property as “alien,” adding she doesn’t know what is in the water source her livestock typically drinks from.

The spill has brought her community even closer in an effort to hold the company accountable.

“I had this wall of water, like a tidal wave, come down my creek," she said. "Destroyed my two tanks, destroyed my road...just really tore everything apart."

Neighbors say that for months their questions went unanswered.

"Maybe some carcinogenic materials being in there, and we can't seem to have anybody that knows what in the water tell us what's in the water," Miller said.

Many affected by the spill say they filed complaints with TCEQ, sparking the investigation. Investigators confirmed a pond at Preferred Sands breached last year in August and October.

According to the TCEQ investigation documents, the company failed to report the discharge of potentially dangerous water within 30 days. The company disputed, claiming the chemicals used at the plant are non-hazardous.

“It’s really mud is what it is,” Jackson Wise with Signal Peak Silica said.

TCEQ investigators also discovered that the inspections, certifications and training records for pollution prevention were outdated.

Wise says, since the breach, Signal Peak Silica bought out Preferred Sands of Atascosa. He says the company is turning things around to make sure they are good neighbors and in compliance.

During the KENS 5 investigation, Signal Peak Silica says they collected soil samples from properties affected for testing by a third-party company.

The company released the results to KENS 5 and the following statement:

“As expected, none of the soil samples indicate a threat to human health or the environment and the soils are not a hazardous waste."

Wise said they are working with land owners to remediate the land affected by the spill. He says the company is also working with several organizations to correct violations TCEQ investigators found.

“They are offering to fix everything—remove all of the clay that has been dumped on our property, empty our tanks, reseal them, restock with fish,” Hilberg said.

The neighbors affected by the pond breach say they're not against the sand mines moving in; they just want them to be friendly neighbors and take care of their environment.

“We breath the air, we drink the water and we all need to work together to make this a better community for all of us,” Hilberg said.

A spokesperson with TCEQ says they are in the process of reviewing documents submitted by Signal Peak Silica to correct violations found in the investigation.

Other popular stories on KENS5.com: