San Antonio City Council approved an allocation of funds to help people seeking asylum who are traveling through the city after being released by Border Patrol. 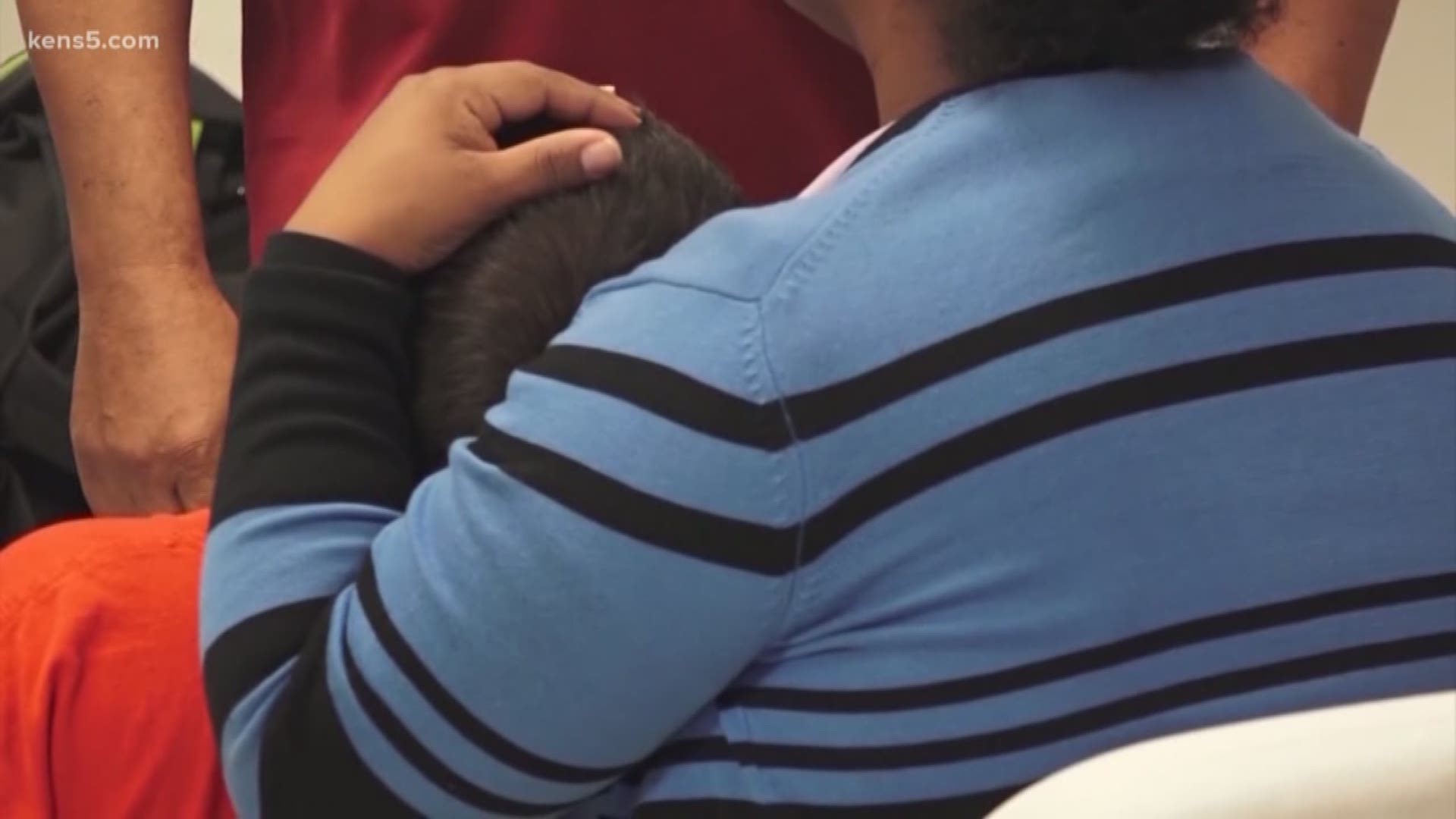 SAN ANTONIO — Thursday, San Antonio City Council voted to allocate $86,000 to assist Catholic Charities, the San Antonio Food Bank and the Travis Park Church in their efforts to aid people seeking asylum while they are in San Antonio. The council also pledged up to $55,000 in matching money, allocating $1 for every $2 of community support.

The city opened its downtown migrant resource center in a vacant storefront owned by the city. Until now, nonprofits and donors have covered costs for all the help they give inside. This week, the city manager told the city council that the number of people dropped off in San Antonio has continued steadily, and that 8,000 people seeking asylum have traveled through the city since the end of March.

Every member voted in support, though each noted specific reasons why he or she chose to vote yes, and several council members noted specifically that they would like to see a comprehensive, long-term plan for handling the issue.

Councilwoman Rebecca Viagran, Councilman Manny Peláez and Councilman Rey Saldaña voiced support for the measure. Councilman Art Hall did as well, and noted that it is shameful that the federal government has not taken responsibility for this process.

Councilman John Courage noted that while he supported the measure because it was the right thing to do, he also wanted to ensure that local nonprofits would be able to continue their work supporting the San Antonio community.

Councilman Greg Brockhouse asked about what would happen if the city did not allocate the funding, and noted concerns over the alternative- including whether that means people would stay in San Antonio without anywhere to sleep, creating additional costs in the future. He voted in support of the measure, asserting that Catholic Charities will handle the money responsibly and that if money is to be allocated, it is a good organization to handle it.

Councilman Clayton Perry called on the city to put pressure on state and federal lawmakers to reimburse San Antonio for the costs it's incurred, and to take the lead with ongoing aid.

“San Antonio has always been a ray of hope in the darkest of days. Our city has never hesitated to embrace anyone needing safe harbor such as during Hurricanes Katrina and Harvey. Today is no different as we support children and their parents seeking asylum.

I am so grateful for all the remarkable work of our partners in the faith and non-profit communities, including Catholic Charities, the Interfaith Coalition, the Food Bank, Travis Park Church and also the City staff who have volunteered their time and energy to provide a place of refuge for children and their parents in need. If not for these incredible efforts, these vulnerable families would be on the streets and subject to fear, deprivation and hunger.

I commend the City Council for providing additional resources to our nonprofit partners and starting an innovative matching fund to encourage community participation. We are also pursuing federal reimbursement of all financial costs.

When people are in need of help, our community steps up. It’s who we are as a city. This is the right thing to do.”

“Today reinforces what many of us already know: that San Antonio is a city that steps up and ensures that those who live here and those who pass through here are taken care of. Our residents are full of compassion—people know when it is our responsibility to help.

Earlier this year, many of us expected the flow of migrants to slow down. Now months later, there’s still no end in sight. The beautiful thing about local government is that we can respond nimbly and swiftly to changing conditions on the ground.

The funds we approved today amount to less than 100th of one penny from each San Antonio resident. That is not too much to ask to ensure women and children are safe and fed. We will continue to demand that Congress appropriate funds to reimburse communities like ours, McAllen, and many others currently dealing with this humanitarian concern.”

"The critical point in our response to the increased number of asylum seekers coming to our city is the place where compassion meets action. We should make sure that our city is ready to meet the wave of women, children and men that we know is coming.

I have confidence in our city’s capacity for turning compassion into practical action because challenges like this bring out the best in our community - as it has time and time again.

Our city’s character compels us to face this in a way that sets an example for the state and for the nation, to make sure we put resources in place with a city-wide effort.

The challenge has a very specific goal: the City will match community donations for this effort at one dollar for every two dollars donated, up to $55,000. This means we need to raise an initial $110,000.

Monetary donations to meet the City’s matching challenge can be made to Catholic Charities. There’s also a need for other items, specifically adult and children’s underwear, hygiene products and Pedialyte, which can be made to the San Antonio Food Bank."

“Today, I had the opportunity to officially welcome students from St. Anthony Catholic School to their first City Council meeting. It was quite fitting that Coach Stringer’s AP Human Geography class witnessed their City stand with the influx of migrant human beings from various countries who are in need of basic resources like food and shelter as they seek to start their life in America. City Council’s unanimous support of the resource center for those seeking asylum affirms that San Antonio will not balk at the opportunity to help others.

Thank you to Catholic Charities, Archdiocese of San Antonio, Inc., San Antonio Food Bank, Travis Park United Methodist Church, the Interfaith Welcome Coalition, and all of the organizations that rushed in to help and haven’t stopped since.

Today, our future leaders saw that compassion is in our DNA here in San Antonio. I hope you will join me in donating funds, basic necessities like underwear, or even your time to helping those seeking asylum. Please visit the Catholic Charities or the San Antonio Food Bank pages for more information on how you can contribute.”