Attorney General Ken Paxton announced Thursday that he will be launching an investigation into San Antonio City Councilmembers after they made a decision to exclude Chick-fil-A from a concession contract at the San Antonio Airport. 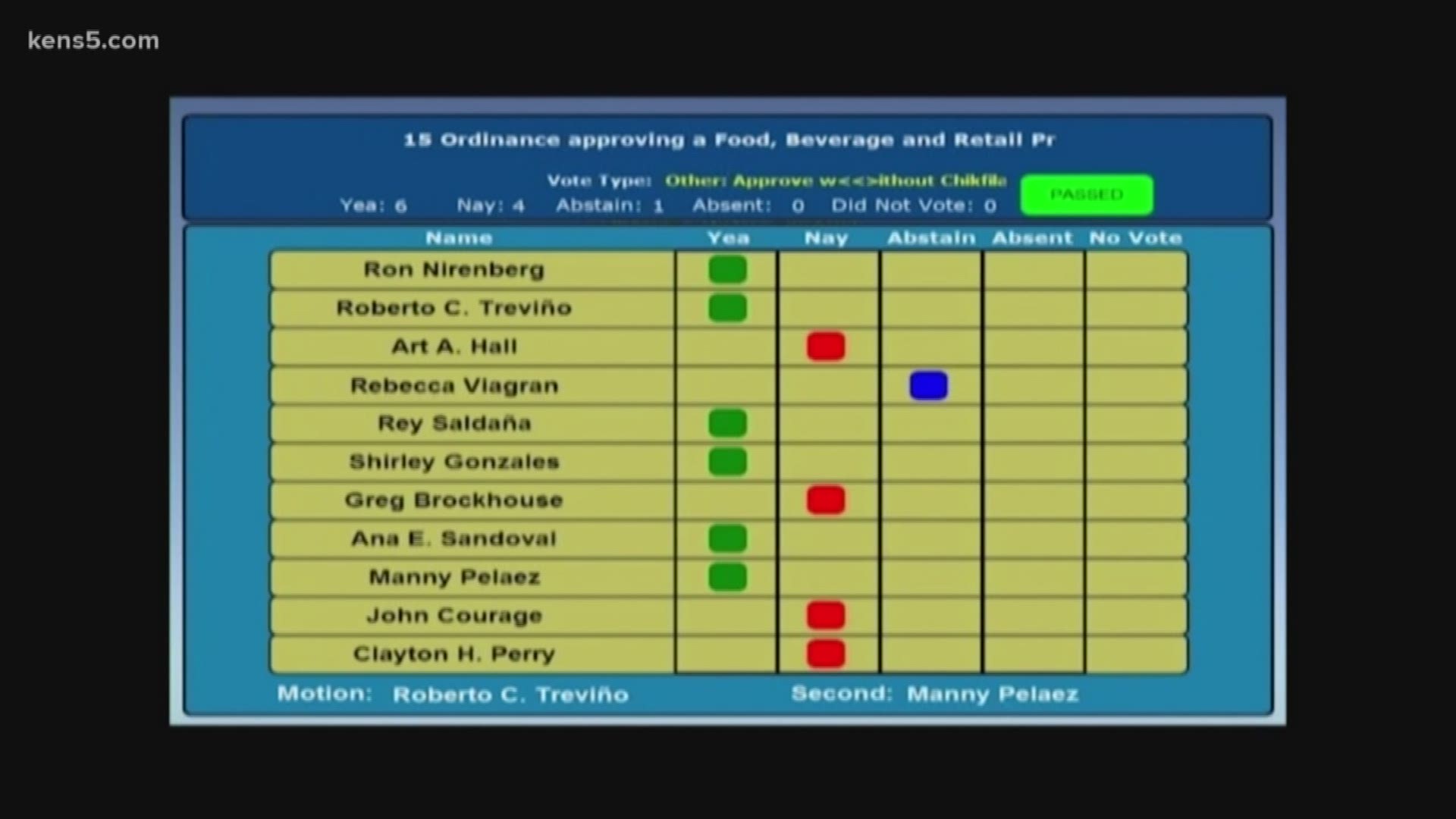 SAN ANTONIO, Texas — Attorney General Ken Paxton announced Thursday that he will be launching an investigation into San Antonio City Councilmembers after they made a decision to exclude Chick-fil-A from a concession contract at the San Antonio Airport.

In documents obtained by KENS 5 that were addressed to Mayor Ron Nirenberg and City councilmembers, Paxton said he is opening an investigation surrounding the city’s decision to exclude Chick-fil-A from a concession contract that City staff recommended.

In a second letter, Paxton requested that Secretary Elaine Chao of the United States Department of Transportation open an investigation into the city of San Antonio’s potential violation of federal law and Transportation Department regulations when the city denied a contract to Chick-fil-A after they voted to remove Chick-fil-A from a new airport concessionaire contract, citing Chick-fil-A owners’ religious beliefs.

“The City of San Antonio’s decision to exclude a respected vendor based on the religious beliefs associated with that company and its owners is the opposite of tolerance,” Attorney General Paxton said. “The city’s discriminatory decision is not only out of step with Texas values, but inconsistent with the Constitution and Texas law.”

The request mirrors one from a Dallas-area legal organization, First Liberty Institute, 'dedicated exclusively to protecting religious liberty for all Americans' who also entered the saga Thursday, calling on the United States Department of Transportation to open a discrimination investigation into the San Antonio City Council, suggesting they may have 'violated federal law protecting religious liberty.'

In a six-page letter sent to KENS 5 Thursday, the organization points to 'evidence of pervasive, intentional religious discrimination by members of the City Council of San Antonio.' 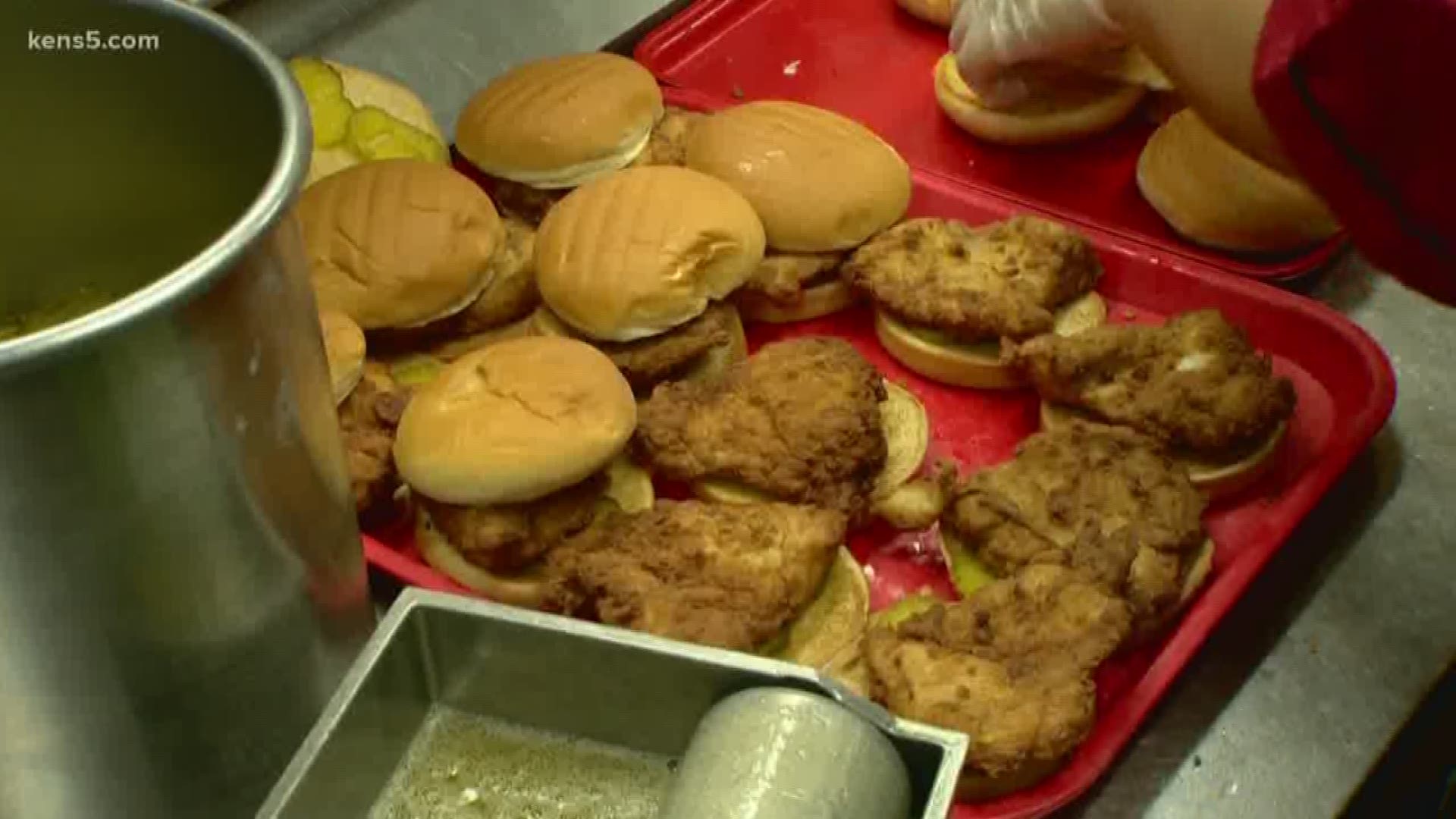 The letter goes on to support their case, calling out multiple councilmembers including Councilman Manny Peláez described Chick-fil-A as a “symbol of hate” because it has donated to religious charities that he considered to oppose LGBTQ rights.

The saga began after San Antonio's City Council's voted 6-4 to exclude Chick-fil-A from a new retail and restaurant agreement at the airport.

Chick-fil-A is closed on Sunday. District One Councilman Roberto Treviño said the city does not have room in our public facilities for a business with a legacy of Anti-LGBTQ behavior. Chick-fil-A is accused of donating to groups that discriminate against the gay community.

KENS 5 reached out to the city for comment. Carlos Valenzuela, City of San Antonio PIO said they are not commenting regarding the investigation.

Councilman Brockhouse had the following to say: "This investigation is the result of the City Council’s horrible decision to punish Chick-fil-A for their constitutionally protected rights to freedom of religion. The City Council must immediately reconvene on this item at the earliest opportunity to consider revoking this vote and moving forward with Chick-fil-A as part of the contract. It is imperative Mayor Nirenberg speak on behalf of this City and do his job. He has remained silent as the nation mocks San Antonio. Mistakes happen, but they can be fixed and we can show inclusiveness by honoring all points of view. Disagreement is not discrimination and Chick-fil-A deserves to be included.”

For the full letter from First Liberty Institute, CLICK HERE.