“Let us help our brothers and sisters from Afghanistan," said Archbishop Gustavo Garcia-Siller who stressed the importance of refugees feeling at home here. 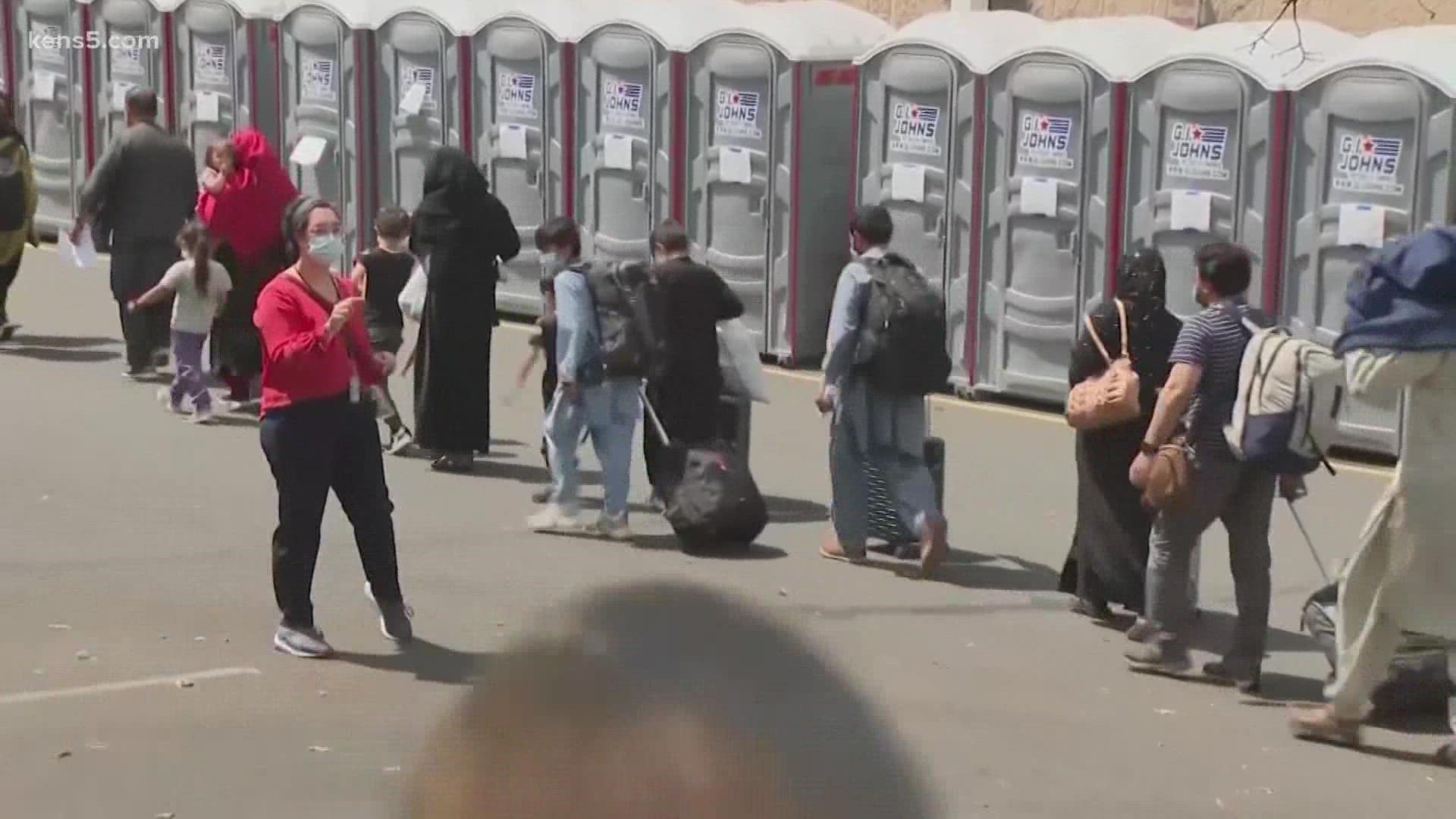 SAN ANTONIO — Catholic Charities aims to bring hope to nearly 350 Afghanistan refugees in the coming months as they flee potential death and persecution from the Taliban.

“Let us help our brothers and sisters from Afghanistan to find right here in San Antonio a home,” said Archbishop Gustavo Garcia-Siller. “Transformed by hope, let us build their tomorrow.”

The humanitarian mission comes after the U.S. pulled out of Afghanistan and evacuated more than 100,000 people, including Americans and Afghan nationals.

The Middle-East country is now governed by the Taliban, which has sparked fear in tens of thousands of Afghan citizens. Many of these Afghan refugees worked alongside U.S. service personnel as interpreters during the 20-year war.

“It is quite an endeavor, but we know we’re not alone,” Garcia-Siller said.

Catholic Charities is coordinating with faith groups, the City of San Antonio, and other organizations to accommodate the incoming refugees from Afghanistan.

“Feeding them, clothing them, providing even a cell phone that they can actually call the countries just to ensure that they are in communication with their families. After that, we have case management that will provide housing in different locations,” said J. Antonio Fernandez, president and CEO of Catholic Charities in San Antonio.

It’s not yet known where specifically the refugees will be housed.

Gustavo-Garcia stressed the importance of welcoming the refugees with open arms while encouraging integration into society.

“We want these people to get a job quickly so they can have a normal American life,” he said.

Catholic Charities is asking for community support through donations and volunteers as the refugees begin to arrive in San Antonio within the coming months.

Donations can be delivered to Catholic Charities headquarters at 202 W. French Place.