Hundreds united to walk in honor of the sacrifices made by America's heroes. 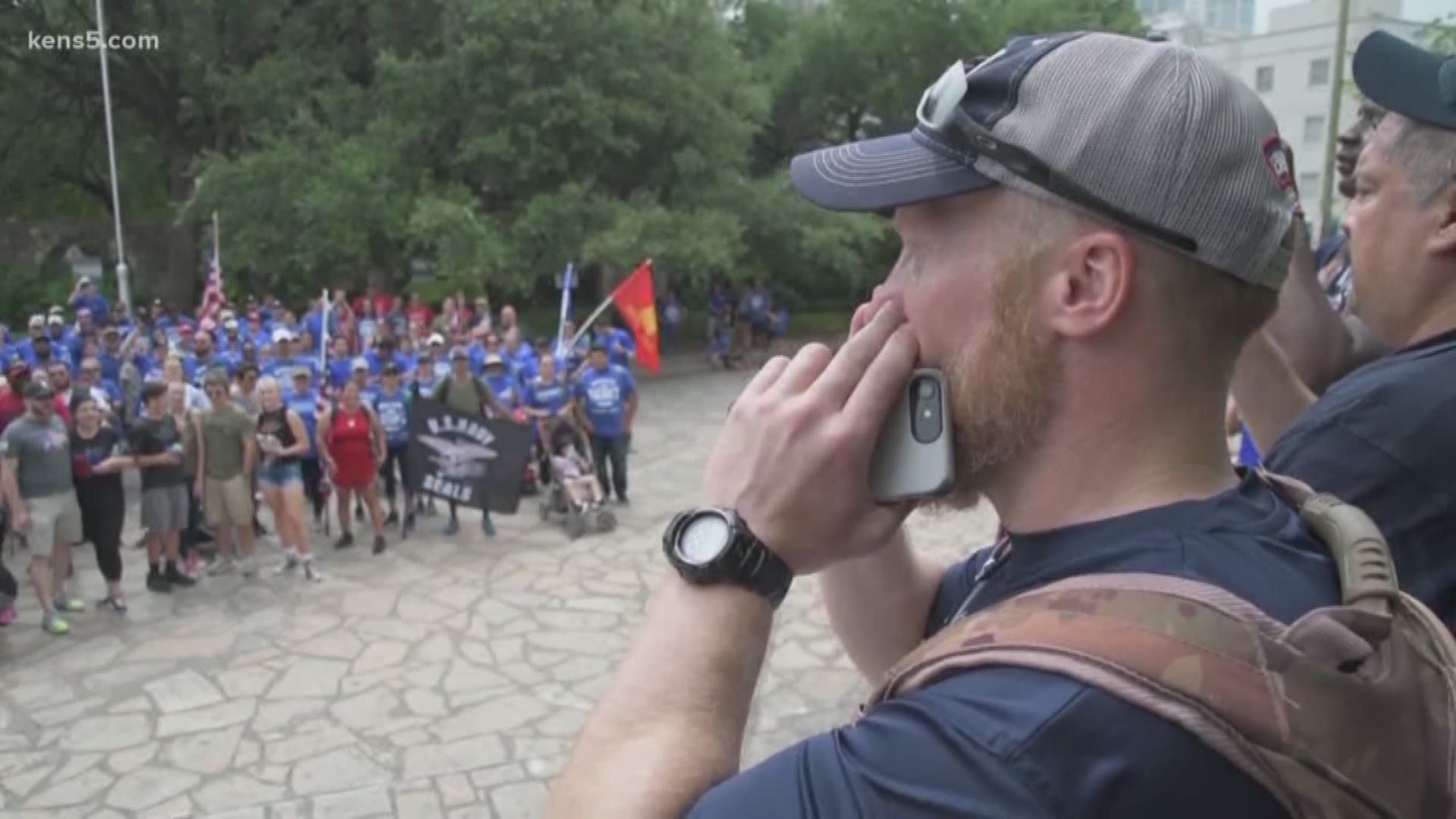 SAN ANTONIO, Texas—It’s a mission to bring back the true meaning of Memorial Day and honor the sacrifices made by America’s heroes.

Hundreds of people gathered to trek through downtown San Antonio Sunday morning to share their stories and help Carry the Load.

Christi-An Hansley can’t help but get emotional when she remembers her grandfather. “Growing up, I only knew him as grandpa, and then to actually think that he fought in a war for my freedoms, too, it makes me realize more of what he went through,” Hansley said.

But what Hansley never expected was being able to share those emotions with complete strangers. “They’ve lost people and grandpa's gone,” she said. “Thinking about it and processing that, it’s a lot.”

That’s why Hansley made three trips, trekking over 4,000 miles across the U.S. from Seattle to Dallas. She wants to return the favor, and help others carry the load.

Carry the Load is a non-profit organization that puts on the trek every year and “works to bring all Americans together to participate in honoring our nation’s heroes every day.”

Over 300 people united to walk 1.5 miles Sunday morning, including Border Patrol Agent Virgil Armstrong. “The U.S. Border Patrol has lost 128 since its inception in 1924,” he said. “So we’re here today to remember those and the most recent in the Del Rio sector, her name was Donna Doss, we lost her in February of this year.”

Armstrong brought his wife, who’s also a Border Patrol Agent, and his five children because he said he wants to pass on the tradition to his kids.

“U.S. Border Patrol, we’re America’s first line of defense and we’re out there each and every day, every night, carrying the load ourselves, defending America the best we know how,” Armstrong said.

Armstrong’s son A.J. said he’s looking forward to his first Carry the Load trek. “To remember all the people who have served for our country, protected us and kept us safe,” he said.

For everyone who participated in the Sunday trek, it’s not about how many steps taken, or how heavy each load, it’s about carrying on the legacy of each hero into the future.

“They all lost people, but hopefully it makes the load easier to carry because we’re all sharing it,” said Hansley.