Binge-watched 'Haunting of Hill House' on Netflix yet? Dallas kid steals the show

Julian Hilliard, who's from Dallas, auditioned for the role of 'Luke Crain' in the series last year. 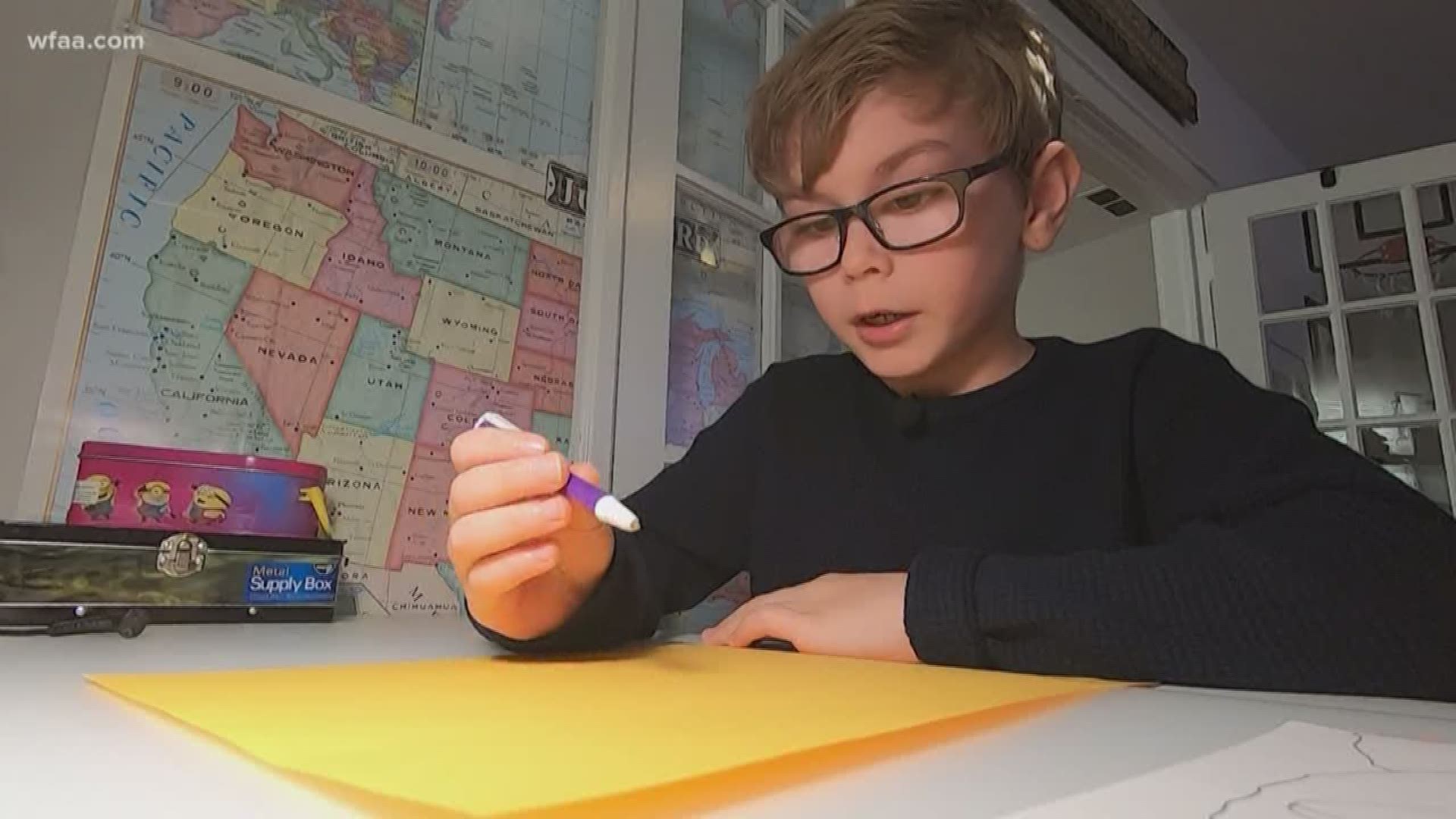 DALLAS — The Haunting of Hill House is one of the most popular shows streaming on Netflix right now, and a 7-year-old boy who calls Dallas home had a big part in creating the creepiest series people can’t binge fast enough.

'The Haunting of Hill House' is an adaptation based on the 1959 novel of the same name by Shirley Jackson.

In it, a family in Massachusetts decides to flip and sell a home with a disturbing history. Throughout the series, the family faces and evades multiple ghosts living within their walls.

The series was produced by Netflix and is certified ‘fresh’ by Rotten Tomatoes with a 93%. According to Business Insider, it’s the second most-watched show on Netflix right now.

For Julian Hilliard, 7, it’s just another acting gig. Hilliard, who’s from Dallas, auditioned for the role of ‘Luke Crain’ in the series last year.

“It’s like, a hundred thousand million people are watching it right now! Like all over the world,” Hilliard said with enthusiasm.

'The Haunting of Hill House' jumps between two timelines. One focuses on the Crain family’s time living in the house.

The other follows the years when they are older, and confronting their own personal demons caused by the trauma they faced growing up.

Hilliard, who plays a younger version of Luke, is surrounded by a superb ensemble of actors and quite frankly steals the show as he innocently tries to make sense of the things haunting his family while sporting some adorably thick glasses.

No spoilers, but Hilliard gets picked on by several ghosts throughout the series. Yet, he says he was never scared. “I wasn’t really scared, I was just getting into the mode and character,” Hilliard said.

Hilliard’s mom Arianne Martin, who is also an actress with numerous television and film appearances under her belt, can back that up.

“He was never scared on set. They always showed him the costumes, the makeup, and introduced him to the actors. So, it was never like a scary experience,” Martin said.

Martin told WFAA that 'The Haunting of Hill House' was only Hilliard’s third audition for a role. She said once he got the part, they both temporarily moved to Atlanta where production took place.

“They offered him the role on a Friday, and we were in Atlanta shooting on a Monday,” Martin said. “He seemed to really know the character and related to him very well.”

Martin herself even scored a minor role in the series, you can see her in episodes 1 and 2.

She told WFAA that she had a hunch the show would be a hit. “You never know how something is going to be received, but I think we all knew we were part of something special at the beginning,” she said.

It quickly went from 300 followers to over 25,000 after the series premiered this month. “It’s been amazing. Lots of lovely comments, mostly about how cute he is—which I agree with,” she said with a laugh.

Still, given the tense feeling of the series, Hilliard hasn’t seen much of the final product. Though his mom did let him watch a few of his scenes.

“We did let him see the clip of him going down in the basement, and he was like, ‘AHH AHH,’” she said.

“He didn’t know what was going to happen.”

And since 'The Haunting of Hill House' is such a hit, Hilliard is getting a lot more offers and interest.

The young man is seemingly destined to follow in his mother’s footsteps, or possibly even his father’s.

Justin Hilliard, Martin’s husband, is a filmmaker and works as the Administration and Marketing Coordinator for the Dallas Film Commission.