The popular SA-headquartered restaurant is minding its business, literally. 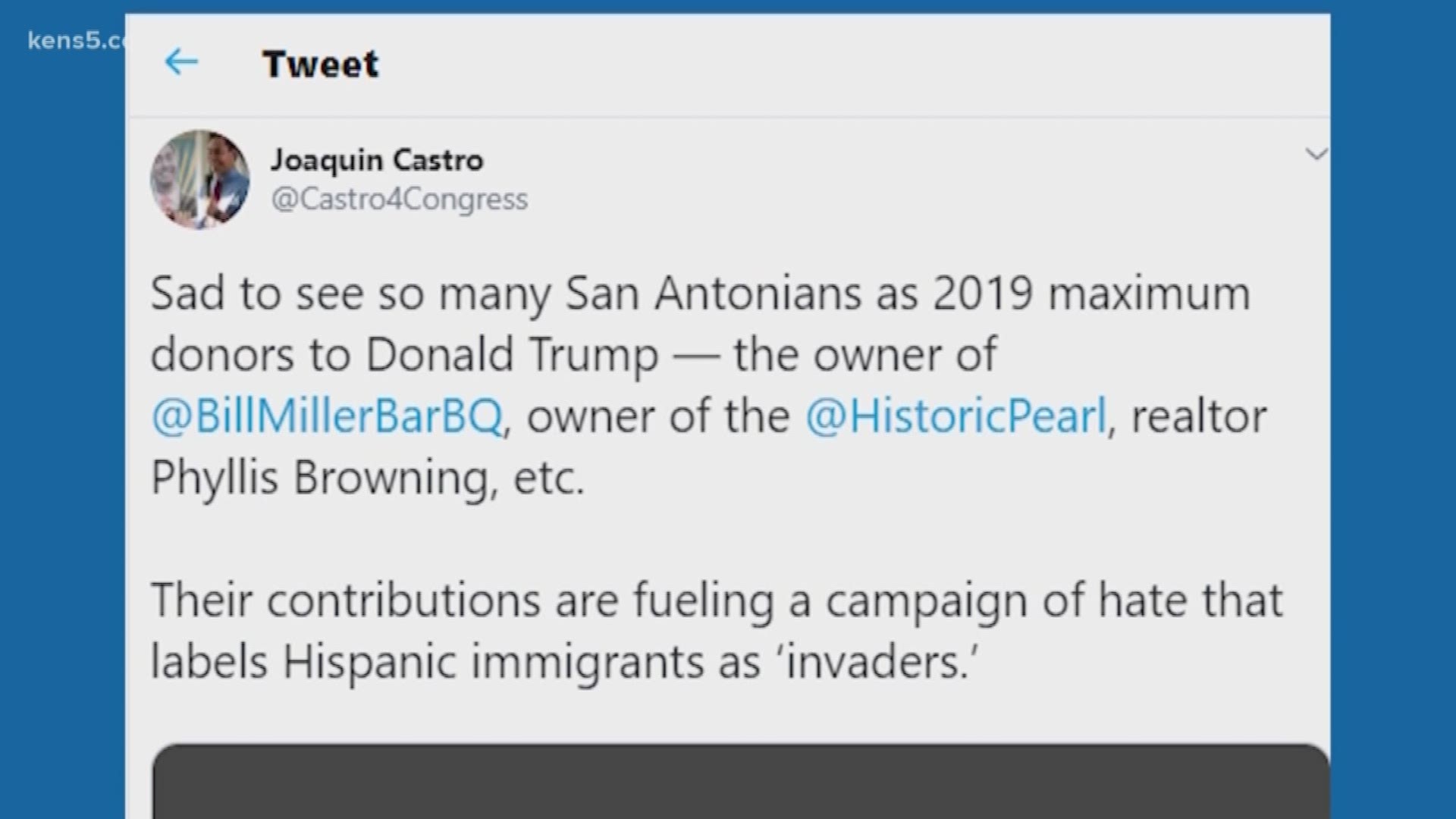 SAN ANTONIO — *Editor's note: Attached video is from a story that aired on August 7, 2019.

Regardless of whether you lean to the left or lean to the right, all Bill Miller Bar-B-Q Restaurant cares about is you leaning into one of their delicious crispy chicken sandwiches.

The SA-headquartered restaurant is minding its business, literally, amid recent political controversy and social controversy over who has the best chicken sandwich.

Governor Abbott seemed to slyly respond the next day by tweeting out a photo enjoying the restaurant's food.

Weeks later, the restaurant is hoping to draw in customers, regardless of their political affiliations, with a special chicken sandwich deal.

This week, Chick-fil-A, Wendy's, Popeyes, and other fast-food chains engaged in a twitter war over who had the top sandwich.

Chick-fil-A tweeted out their thoughts on the chain's original chicken sandwich.

Meanwhile, Wendy's seemed to declare its dominance stating: "Y'all out here fighting about which of these fools has the second best chicken sandwich."

For $5.55, customers can enjoy a large sweet tea, a crispy chicken sandwich and a side of fries. The deal is available through August 25.

That's a deal we think all parties can agree on!