Big rig plunges off highway on the south side

The driver of a big rig was unharmed after his truck plunged off a highway Sunday morning. 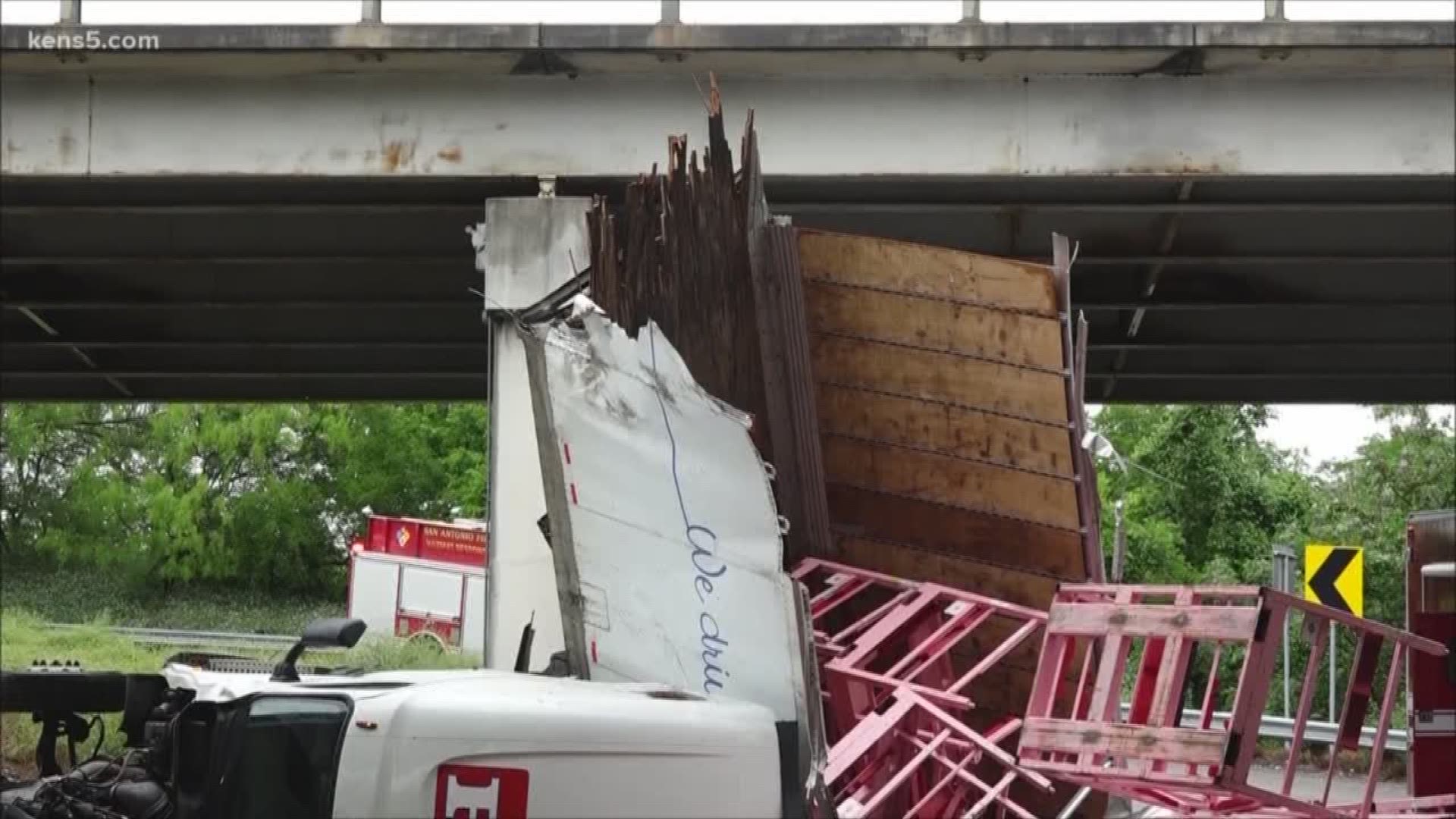 SAN ANTONIO — A big rig plunged off a freeway, and miraculously, the driver was unharmed.

This happened Sunday morning around 8:00 a.m. at I-35 near Benton City Road on the south side.

KENS 5 spoke with the driver at the scene, who said he swerved to avoid a car that came into his lane and ended up falling off the bridge.

"Man the good Lord was watching over me," the semi driver, Roderick Thomas, told KENS 5. "I just came off the rail and held on for life and prayed and I’m still here."

There were no injuries reported in the accident, but pictures from the scene show massive damage to the cargo of the big rig.

SAFD's Hazmat team was called to the scene. The big rig was leaking oil into a drain that connects to a nearby stream.  Authorities say they did alerted the Texas Commission on Environmental Quality as well as the River Authority of the situation. They were eventually able to stop the leak and stabilize the scene.

Thomas says he was hauling rails and had only been on the road for a few hours.