Constables for Bexar County are fighting a plan to cut jobs in their office. A county leader believes the reductions are fiscally on point. 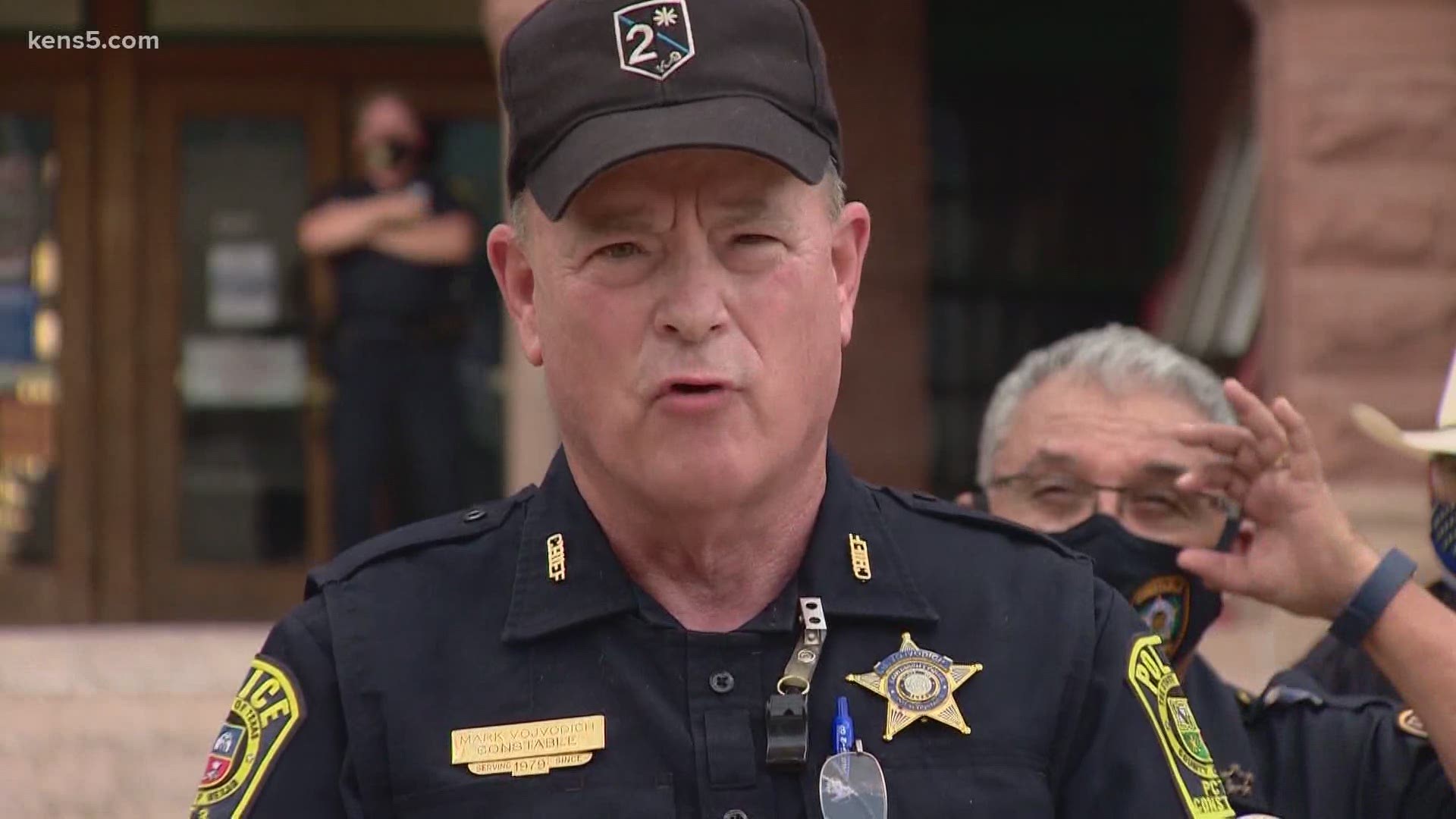 SAN ANTONIO — A recommendation to cut the staff from four Bexar County Constable precincts did not exactly get a welcome Thursday afternoon. Instead, it received accusations that Bexar County leadership is defunding the police.

“We’re watching something that’s been played out for over a period of time with commissioners court being anti-law enforcement,” Constable Mark Vojvodich said. “In this particular case, they’re taking advantage of COVID to believe the county commissioners narrative that we are in a fiscal crisis.”

“It seems like they don’t care about these officers that we have,” Tejeda said. “They been performing the best they can with what they have.”

Bexar County Manager David Smith said staff reduction proposals are not new to the precincts. He said audits of their workload show their case numbers are dropping by 15%. The workload assessment, Smith said, does not include months with coronavirus impact.

“This is a tough budget. I mean, this is not a nice-to-have kind of budget,” Smith said.

According to the county manager, there’s a $15 million reduction in revenue for the county this year. A workforce reduction is one of his recommendations to gain a balanced budget.

“We’re recommending deleting mostly vacant positions, some filled positions—particularly in the constables' office, and a few temporary positions in the sheriff’s office.”

Smith says he’s most recommending vacant positions from a hiring freeze and an early retirement incentive approved by county commissioners.

His proposal also calls for slashing the workforce at the four county precincts by 38 positions.  The offices have 69 employees, according to Smith.

If approved by the commissioners, the remaining staff would devote their energy to civil actions like evictions, bailiff duty and property seizure to settle delinquent accounts.

Fines associated with criminal warrants would be handled third party vendor and attorneys Linebarger Goggan Blair and Sampson LLP who do collection services.

“And it’s a shame for them to be doing what they’re doing,” Tejeda said.

The constables released their own set of figures that include the months impacted by COVID-19. Their figures show workload increase, as does the county’s, now that eviction moratoriums are lifted.

The precincts also demonstrated nearly $4.4 million in revenue generated from their work. But county officials said they can get the same revenue through their third-party vendor who does not charge the taxpayer. Instead, their fees are obtained from offenders.

Constables will have a chance to voice their concerns to the commissioners before a decision is made on the budget Sept.15.