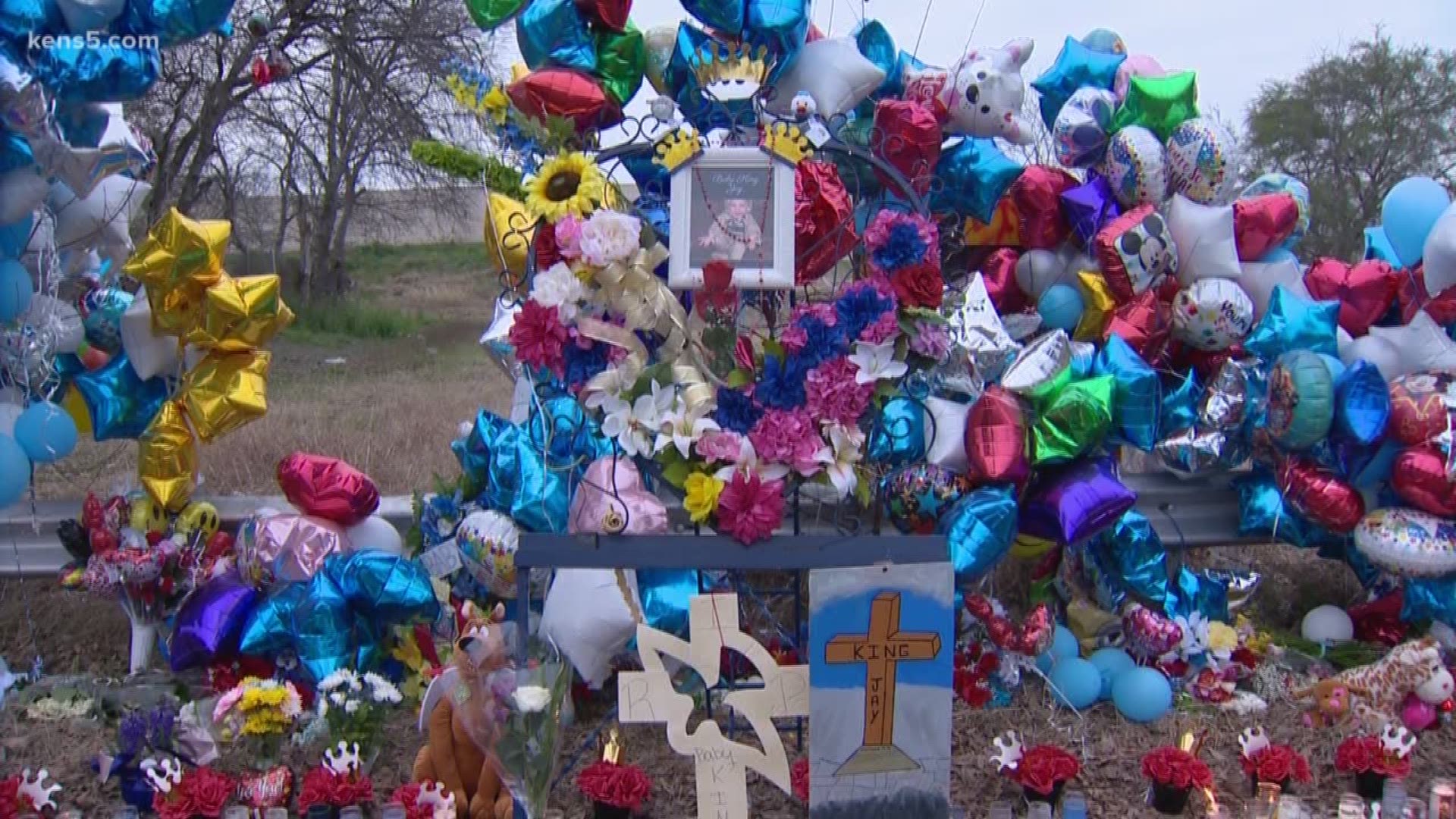 SAN ANTONIO — The official cause of death for 8-month-old King Jay Davila was ruled a homicide by blunt force trauma, according to the medical examiner's office.

Davila was found in a backpack in a field on the city's northeast side after his father led investigators to the body.

The baby's father Christopher Davila, paternal grandmother Beatrice Sampayo, and aunt Angie Torres were all arrested in connection with his death. Each was previously charged with injury to a child and serious bodily injury by omission

When asked if the suspects' charges would be upgraded following the medical examiner's findings, SAPD released the following statement:

“The case currently remains under investigation and charges could be upgraded at the completion of this investigation. No further information is available at this time.”

Investigators steadily chipped away at the initial story that the baby was kidnapped the night of Friday, January 4. The baby’s father reported someone had stolen his car with the baby inside.

The car was found later that night, but the baby was not inside. In the days that followed, police say the kidnapping story appeared to be fabricated and said they believed the baby was the victim of foul play.

Investigators continued to search for the baby until Thursday when the child's father revealed the location of the baby’s body and answered questions on how the baby died.

Police say Christopher Davila led investigators to an open field on the northeast side, according to an affidavit obtained by KENS 5. That’s where the child's body was found wrapped in a blanket inside of a black backpack.

The child's father told police he was playing video games when King Jay Davila was in his car seat on the end of the bed. He told police the baby fell face-forward on the ground and that he may have struck a dresser on the way down.

RELATED | Answering your questions about the King Jay Davila Case

Davila said he noticed a large bump over the child’s right eye and panicked trying to ‘keep the child awake’.

The child’s father told investigators he was too scared to call the police, according to the affidavit.

After a few hours, Davila said he checked on the child and saw that he was dead. Davila told investigators he went to bury him in their neighborhood.

He later led investigators to the child’s body near an open field not far from Castle Lance. After digging, investigators located a black backpack with the 8-month-old’s body inside.

The boy’s mother is also under investigation, but has not been charged, SAPD Chief McManus said.