Willow Sirmans, 14, was located in the Louisville, Kentucky, area. 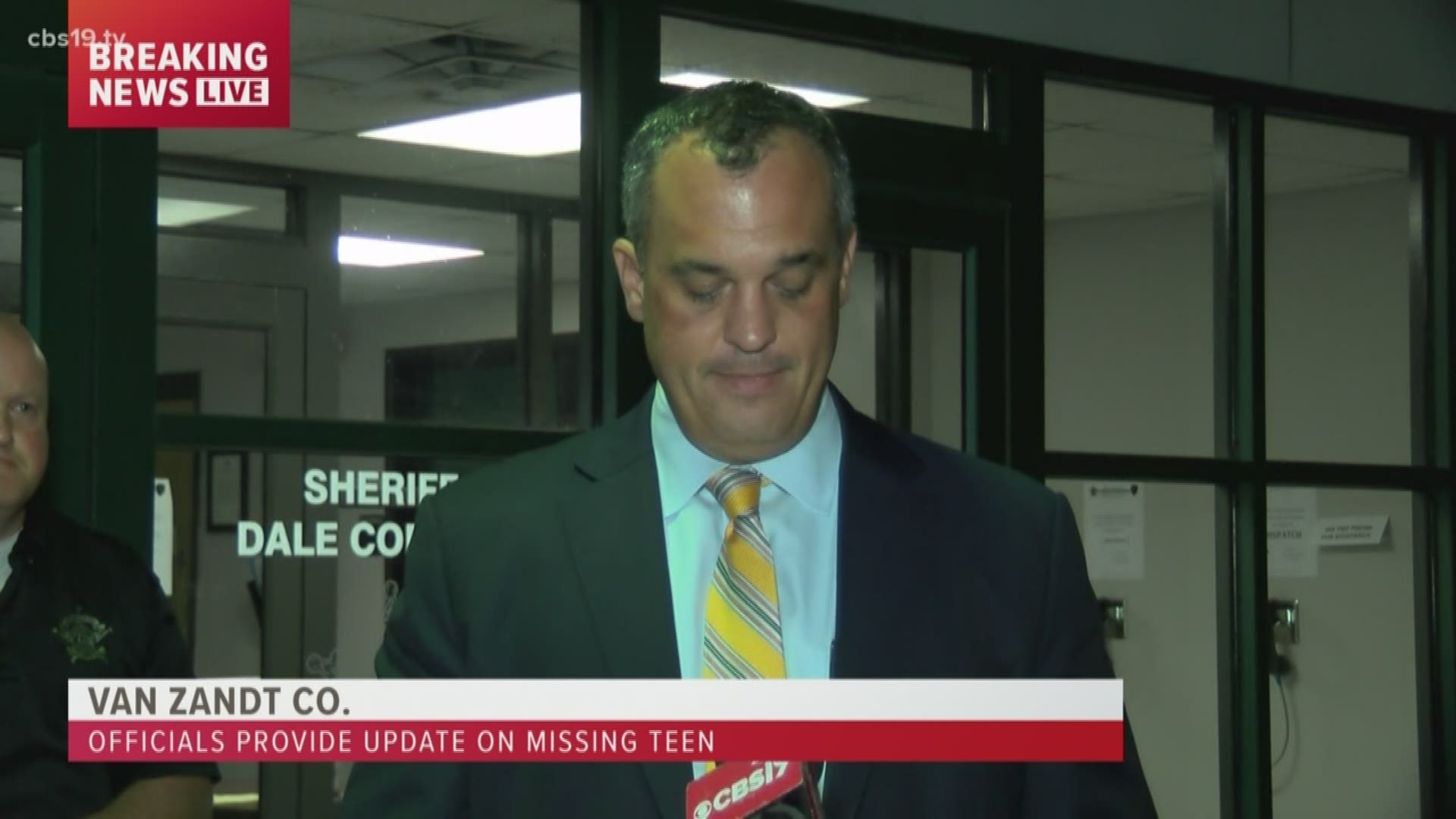 VAN ZANDT COUNTY, Texas — A Van Zandt County girl who was at the center of an AMBER Alert issued on Wednesday was found safe and is with authorities.

CBS19 was the only station on scene when the announcement was made during a press conference at the Van Zandt County Sheriff's Office just before 10 p.m. on Thursday.

Willow Sirmans, 14, was located in the Louisville, Kentucky, area with Austen Walker, 21. The VZCSO says Walker was arrested on felony kidnapping charges. Authorities believed Walker was acquainted with Sirmans' family prior to the kidnapping.

Officials say the second person of interest, Courtney Odum, was interviewed in the Missouri area and her information was critical in locating Sirmans and Walker. Odum was also taken into custody on kidnapping charges.

According to the Texas Department of Public Safety, prior to being located, Sirmans was last seen Monday night around 10 p.m., in the 3000 block of Van Zandt County Road 1712.

Authorities say Sirmans will be medically evaluated, as it is standard practice in these types of situations.