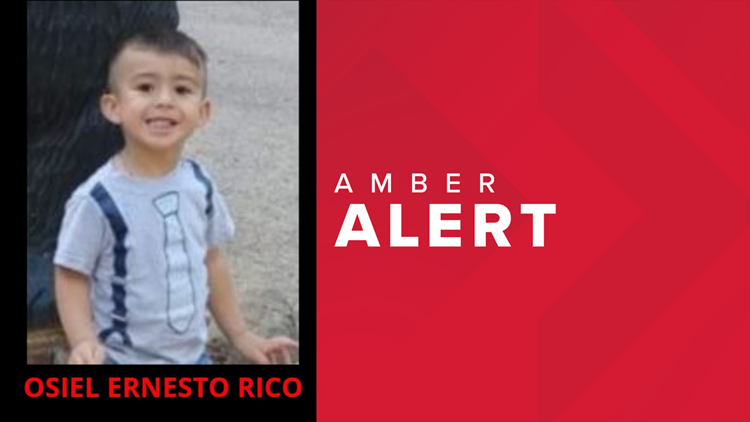 Osiel was last seen on Sunday, January 5 at 602 East Forest in Roswell, NM. His mother, Isela Mauricio-Sanchez, 27, was found dead at the 600 block of East Forest St in southeast Roswell.

Osiel is 2"6', weighing approximately 40lbs, with brown hair and brown eyes. It is unknown what he was last seen wearing.

Officials say they believe Osiel is in the company of his father Jorge Rico- Ruvira, a 32-year-old male.

The FBI says Jorge may have fled to Mexico as he has ties to Zacatecas and Jalisco.

The FBI is offering a reward of up to $10,000 for information leading to the arrest of Jorge Ernesto Rico-Ruvira.

Rico-Ruvira has been charged with first degree murder out of Roswell. A state warrant for his arrest was issued on January 8.

A federal arrest warrant was issued on January 10 and he was charged with unlawful flight to avoid prosecution or giving testimony.

Authorities say Rico-Ruvira should be considered armed and dangerous.