Neighbors want a dilapidated building on the northeast side demolished. 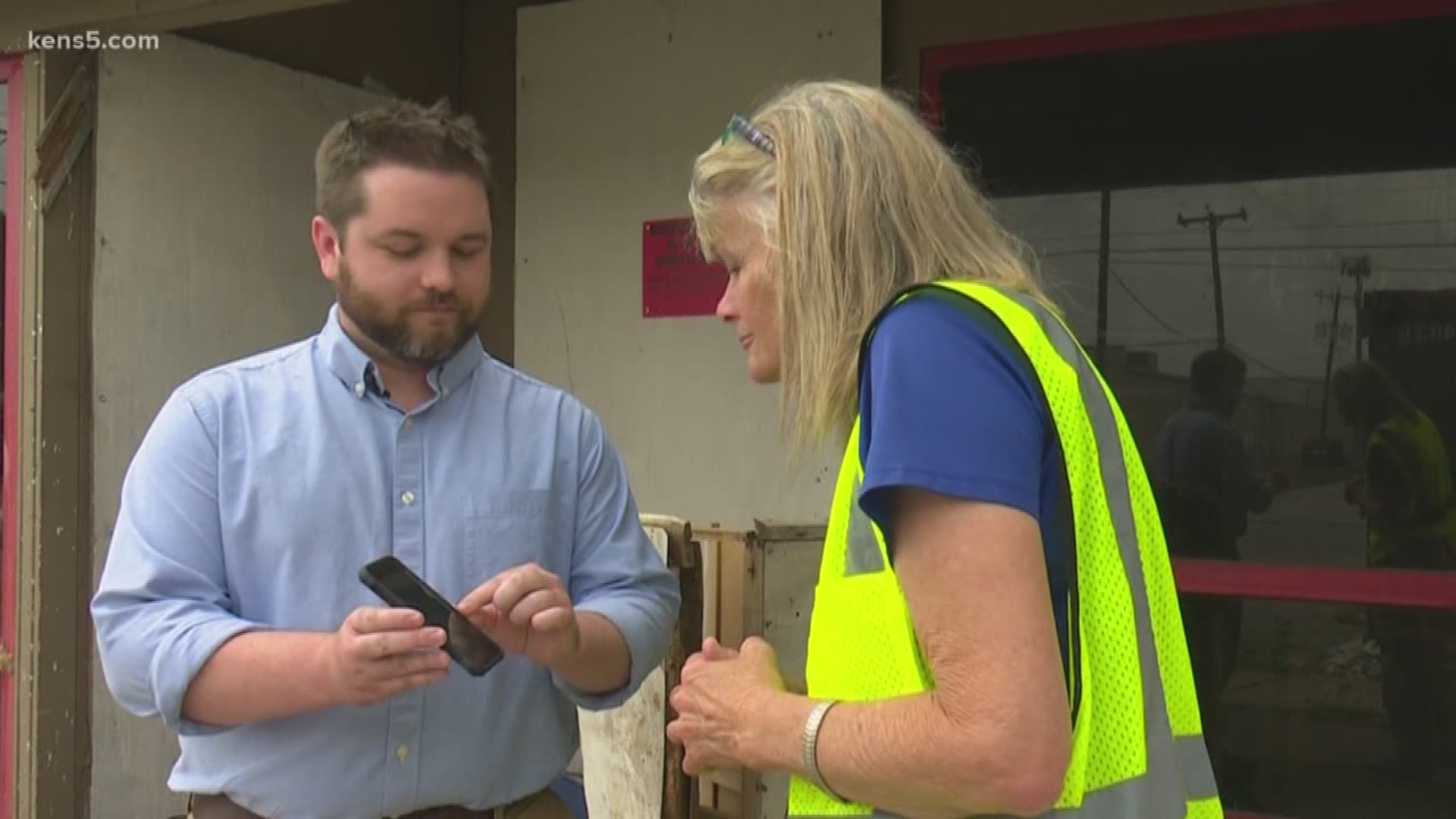 SAN ANTONIO — Frustrated neighbors said a dangerous abandoned building next door to Walzem Elementary School is still sheltering homeless people, one year after a woman was repeatedly run over and killed in the parking lot.

San Antonio Police said Dora Vela died on May 19, 2018 when she was run down by a car driven by John Bogard. He was charged with murder and remains in the Bexar County Jail one year after the fact. Jail officials said 80-year-old Bogard was remanded without bond and is awaiting a psychiatric screening.

At the time, police said Bogard had been involved in a dispute with some of the homeless people who had taken up residence in his building.

James Spencer works near the location and passes the dilapidated structure every morning.  Spencer said it is a frightening sight, just a few feet from the children who walk to and from school every day.

“I'm just concerned because it's just next door to a school and I see kids every morning walking by this and the individuals that hang out here, it's just really alarming to see children walk by in the early morning hours,” Spencer said.

A man who owns a small business several doors down said the building drags the entire area down and he wished the city would tear the building down, but after repeated efforts to bring the building into compliance, a city code spokesman said results will take a little more time.

A Code Compliance spokesman said the building was cited by inspectors three times during 2018, resulting in fines of just over $3,200.

Tax records indicate the property was sold to a new owner recently, which reset the enforcement clock, according to code officials, who said the owner is facing a June 18 deadline to have the building clean and secure.

The city code spokesman said if it does not happen they will take the next step in the legal process to make the owner comply.

Spencer said he has seen a red warning sign on the door to the structure for about a year and he is tired of repeated complaints about the situation that go unresolved.

"I reported it on May 12th and it was closed on May 13th," Spencer said of his latest complaint about garbage littering the site. Spencer said the case was closed but the garbage and trash remain.

"One year is more than too long to wait," Spencer said. The building has plenty of obvious defects. Spencer said most of the roofing was removed after storm damage three years ago.

Tattered tar paper is all that remains, and it can be seen flapping and ripping off in high winds. Numerous windows around the structure are shattered.

"The graffiti. The trash. The vagrants who sleep here. And I haven't seen any kind of progress or update on the property," Spencer said. "It's frustrating and scary. It's frustrating because the neighborhood recognizes a problem. The problem is being reported and then it's scary because you see children as young as kindergarten, you know, walking to school," Spencer said.

The Walzem Elementary Principal said they are frustrated with the lack of progress as well.