At least two days a week, Riley Lindaman is at the Humane Society of the New Braunfels Area working as a volunteer. She's practically a member of the staff. 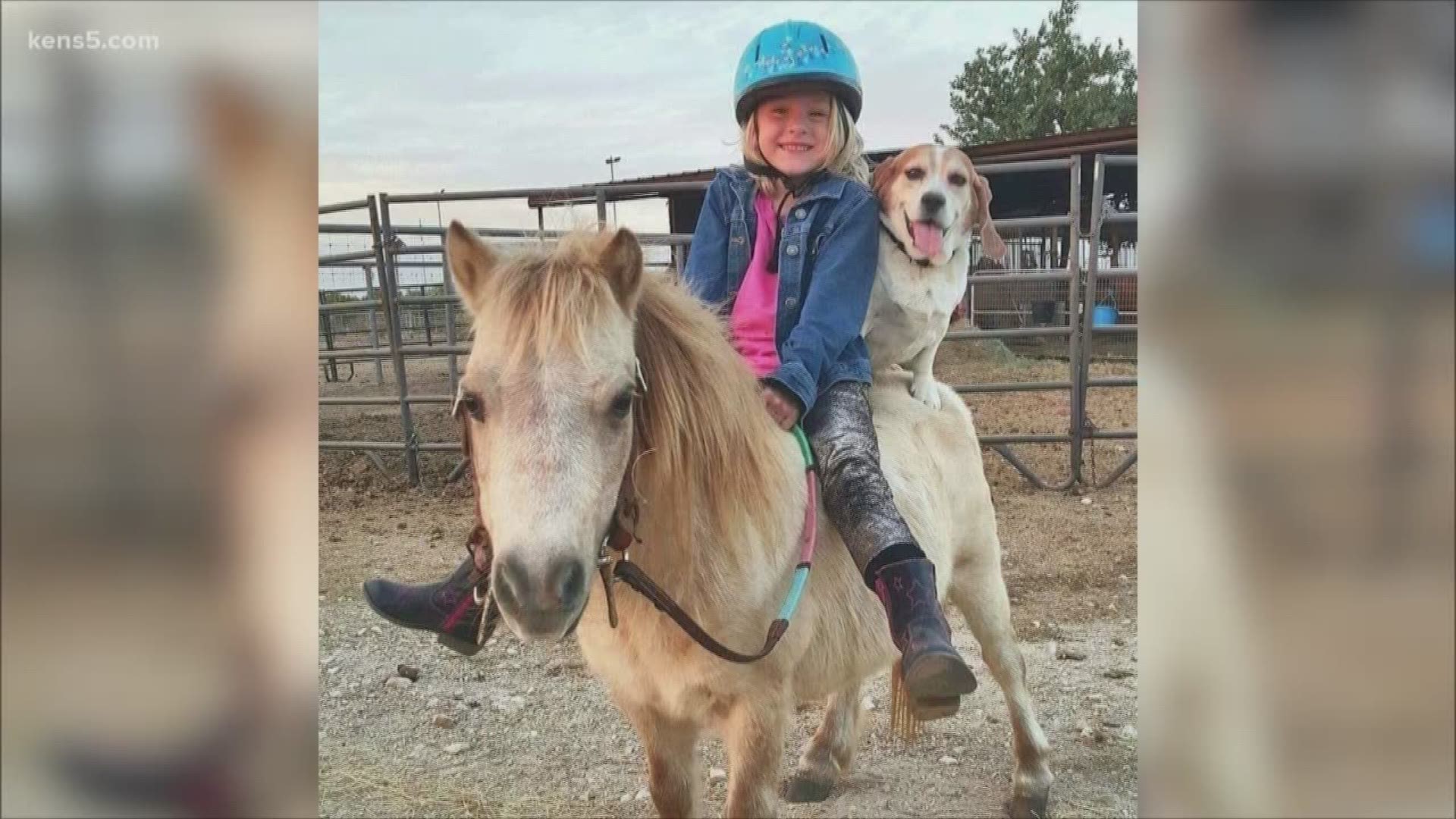 NEW BRAUNFELS, Texas — Riley Lindaman was reared with animals and it shows. The 9-year-old has developed such a keen sense about the animal kingdom, it makes adults do a double-take.

"I've learned more from her watching her grow up and watching the way she interacts with animals," Sarah Lindaman said.

Lindaman works at the Humane Society of the New Braunfels Area (HSNBA). Two days a week Riley comes shows up for a shift with her mother. She is the most consistent youth volunteer at the shelter.

"It makes me happy that I'm helping people and helping animals getting adopted so they can find the right home," Riley said. "I want them to get the right home. Not the wrong home."

"She was raised with animals," Lindaman said.

Lindaman raises her daughter on a farm so access to horses, sheep, pigs, chickens, ducks, geese, cats and dogs is plentiful.

In fact, her mother is rearing her daughter without a television or the internet. Instead, Riley can drive a tractor, help her mom repair fence line and escape through a good book when she's not consumed with her animals.

Lindaman pays her daughter an allowance for her farm work to buy her own animals.

At the HSNBA, Riley's payment is making sure the animals get a good home. She said she watches interactions with prospective pet parents who come in.

In between cleaning kennels and cat condos, the 4th grader feeds the furry clientele, organizes as asked and even does tours.

"And I think she really has a gift," Lindaman said.

According to Riley, people have called her a pet whisperer. Of that, the elementary school student is not sure.

"I just try and get along with the animals," she said.

She does see a career with animals but has not decided what yet. Right now, Riley is happy being a volunteer who wears a 'staff' t-shirt at HSNBA. The staff is proud to have such a youthful addition to the ranks of animal advocate.

"I've had animals my whole life," Lindaman said. "Watching her makes me step back and go you did much simpler and the animal respected that so much."

Know a kid doing unique or outstanding things in South Texas? Send us an email: Greatkids@kens5.com.