Would you pay double the price for used dumbbells? Many people have.

We did a deep-dive into online marketplaces to find people were selling used weight equipment for hundreds of dollars more than its value. 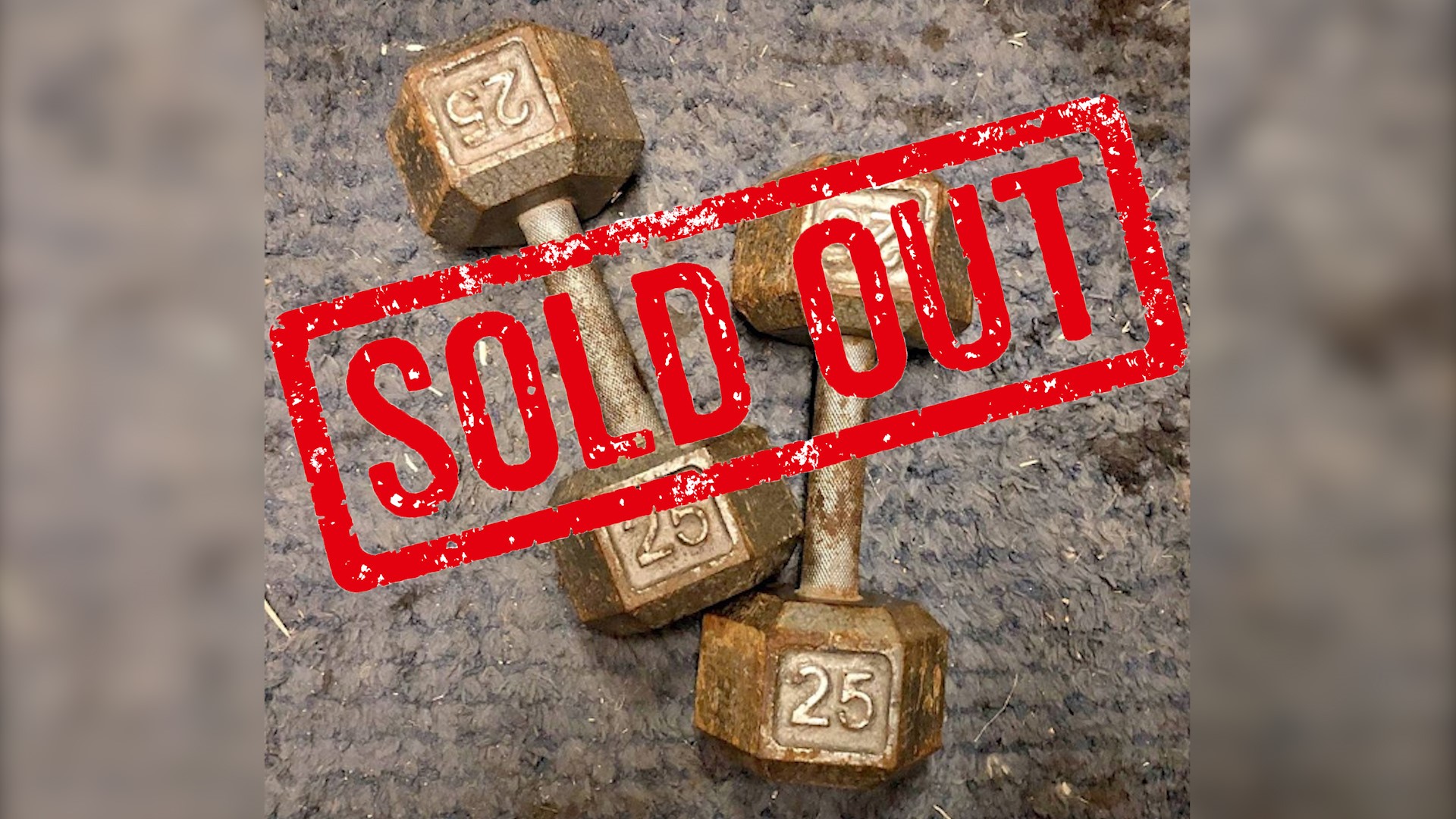 Most gyms are open, but after a recent KENS 5 poll on our newscast, many of our viewers said they’re staying clear because they don’t feel comfortable touching all the equipment just yet.

So what’s the workaround? It's having your own set of dumbbells to use at home. But if you were to sell one, a quick Google search shows the going rate for a used dumbbell is around $1 per pound.

Here are a few we found:

And these 25-pound dumbbells should be less than $50. But they're being sold for $100. The condition was also check-marked "good" on the description.

And those who actually have a business buying and selling used sporting equipment can’t believe the price surge.

"Yeah, it was kind of shocking actually," said Owner of Play It Again Sports Lori Huebner. She told KENS 5 that it's not the first time she's seen people up-charging used equipment. And her customers have noticed too.

"They were saying that it was a 300-pound set that we had sold for around $350 when somebody was selling it for around $500-$600, so almost double the price of what things were selling for normally," said Huebner.

But despite local stores like Play It Again Sports selling used weights for around 60 cents per pound, people who raise the prices are getting paid. We looked back at a few of those high priced dumbbells a few hours later to find they had sold out.

But if you want to avoid paying high dollar for used equipment, it might be best to shop local.

"Hopefully you’ll find something you need from us. We’d like to think we give really good customer service and we hope you enjoy your visit," said Huebner.

For more information on Play It Again Sports, click here.

RELATED: 4,000 price-gouging complaints have been filed in Texas during COVID-19 emergency

RELATED: No. You cannot use Tito's Vodka as a replacement for hand sanitizer.

RELATED: Texas recommends people bring their own hand sanitizer to vote this summer