The rapid rise of penny stocks during the coronavirus pandemic

Once the pandemic started gamblers turned from betting on sports to betting on inexpensive stocks. 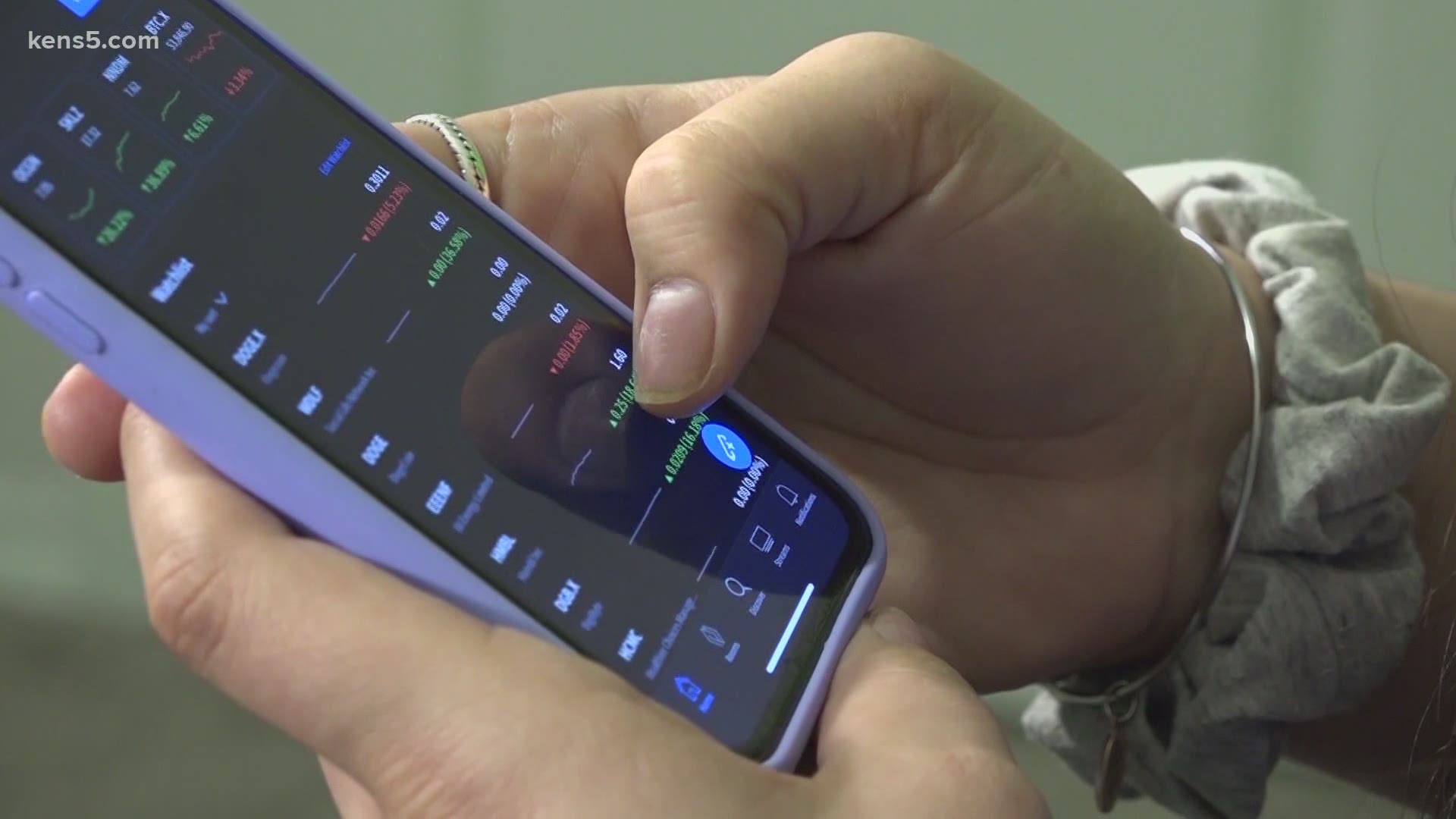 SAN ANTONIO — The coronavirus pandemic has changed our lives, from the way we work, the way we get around, and even the way many people gamble. The pandemic catapulted penny stocks into the limelight with the absence of many sports and the ability of gamblers to bet on them.

Most people call them penny stocks, others call them pink sheets. The official name for the penny stock market is the OTC, or "Over The Counter" market. And with few sports to bet on at the beginning of the pandemic, people turned to the stock market, and the cheapies took flight.

"When we look back at the COVID situation, people had a lot of downtime and so they were looking to trade stocks and and wanted to make a lot of money in a short amount of time," said Karl Eggers, a Senior Wealth Advisor with Covenant Financial.

"What happens is a company goes public and maybe they're not really doing anything fantastic, but they do a lot of marketing through social media, through chat rooms, and they really pump it up.  And at the end of the day, it ends up being not a great company and it ends up going bankrupt," Eggers told us.

Volatility is another facet of the OTC market with wild daily swings of 20 percent, 40 percent, or much more.

Let's take a look at a stock that caught the attention a lot of new investors, also known as noobs, or newbies, who decided to go "YOLO" based on the hype. It is an oil company called 88 Energy with the symbol EEENF. It went from two cents a share on March 24th to a high of eight cents a share by April 5, that's a 300 percent gain.

But one bad piece of news sent the stock plummeting back to two cents in one day, costing a lot of people a lot of money.

"It's always important to diversify and just not put all your eggs in one basket," Eggers advised.

Meet a couple of penny stock newbies, Jasmine Martinez and Susan Glasser. Both got into penny stocks towards the end of 2020 using the TD Ameritrade app right on their phones. One of several platforms allowing them to trade.

"I was introduced to Humble by one of my friends, and he showed it to me when really nobody knew about it and I invested in it. And ever since then it just skyrocketed and I'm really happy to be with the company," Martinez said.

After factoring in a reverse split which makes shares worth more, but brings down the number of shares, Humble went from 54 cents a share in December to $6.84 a share in February. It's come down quite a bit since then, but Martinez still banked.

"As a college student? I made three grand in just two months," Martinez told us.

But she was caught in the hype of EEENF too and learned an important lesson.

"I took a risk and it didn't turn out how I would have liked it to," Martinez added. Don't worry....she's still on the plus side.

What about Susan Glasser? She told us, "You know many of my friends were doing it, so it seemed like an interesting thing to do they were making a lot of money."

She got into a stock called HCMC which went from one-one hundredth of a penny in December to 50 times that at it's peak in February before dropping back to one tenth of a cent a share in April. She sold some of it but still did alright.

"I made about 10 times my money since December," Martinez added.

Our newbies agreed on advice for other newbies considering dabbling in penny stocks.

"My advice is to not put in more money than you can afford to lose," Glasser said.  Martinez echoed that sentiment, saying, "Don't invest more than you are willing to lose."

Our expert says do your due diligence.

"The research should be the same, whether you're investing in your 401k through a mutual fund or whether you think you want to invest in a penny stock," Eggers told us.

If you decide to take that gamble, like the noobs say GLTA, or good luck to all.