After Austin-area Gigafactory is built, some Tesla models may need to be shipped out of state before Texans can buy 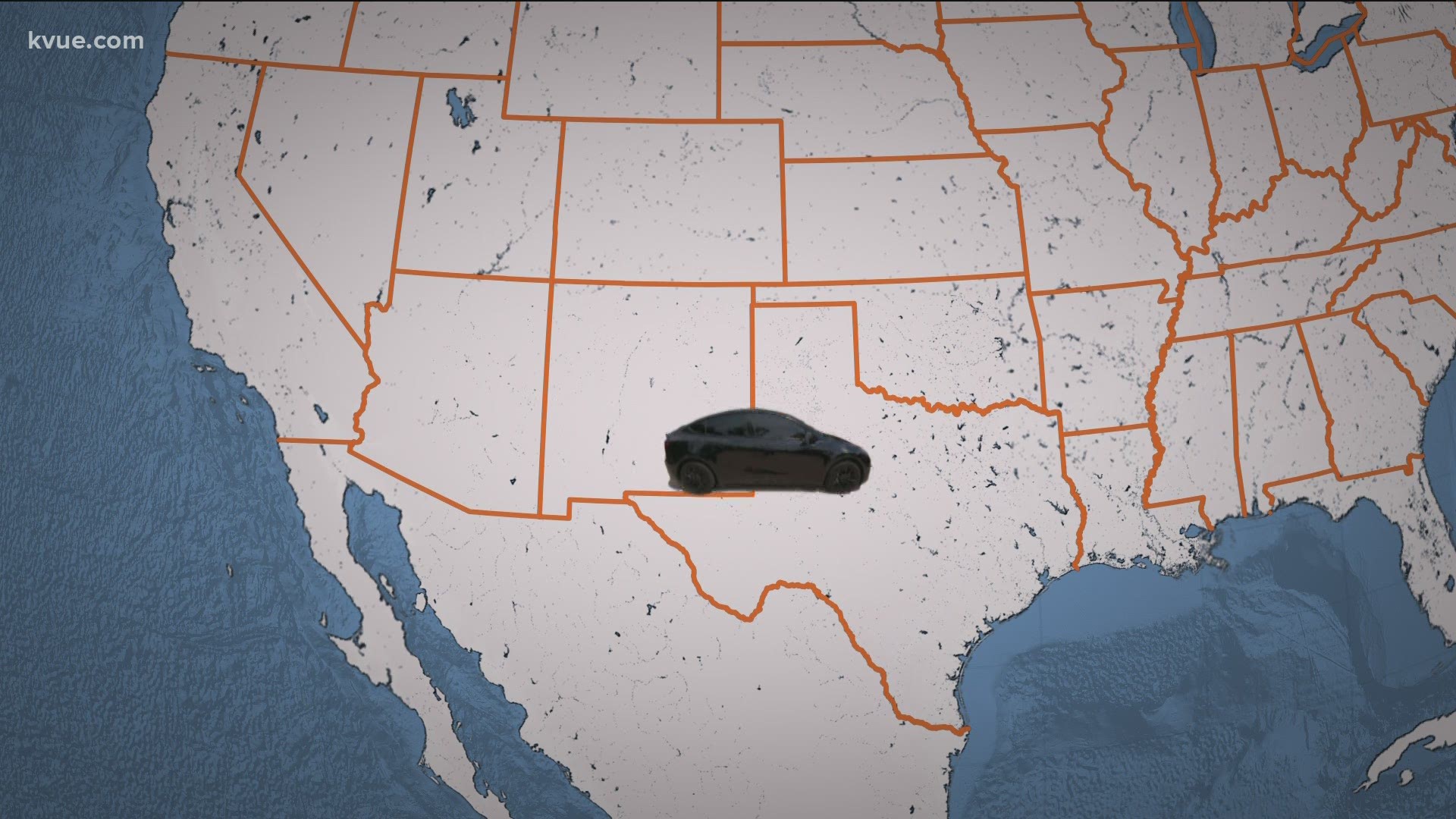 AUSTIN, Texas — Model Y and Cybertruck are two electric vehicles Tesla plans to build at its Gigafactory in southeast Travis County when it opens later this year.

But unless state laws change, the electric vehicles will have to be shipped out of state to be sold to Texans.

A visit to the facility on Memorial Day showed continued construction at the site located on 2,100 acres near State Highway 130 and Harold Green Road.

The same can't be said at the state Capitol, at least when it comes to Tesla.

According to The Drive, the bills that would have allowed the EV maker to sell directly to Texans failed in the 87th legislative session.

Elon Musk showed his unhappiness by tweeting last week, "Tesla sure would appreciate changing the law, so that this is not required!"

Texans can currently buy Teslas online but the transactions and vehicles must originate out of state.

According to the Texas Automotive Dealers Association, "Franchise laws exist to prevent monopolies and promote competition in vehicle pricing and service to the consumer, provide for the efficient distribution of vehicles and service across the wide geographic area that is our state, and provide a local presence where Texas consumers can have service, warranty and recall work performed even in cases when a manufacturer ceases to do business."

Gov. Greg Abbott said he plans to call a special session but hasn't publicly announced if this topic is something he plans to address.