Already impacted by the week's winter storms, some Texans are now being crushed by energy bills. 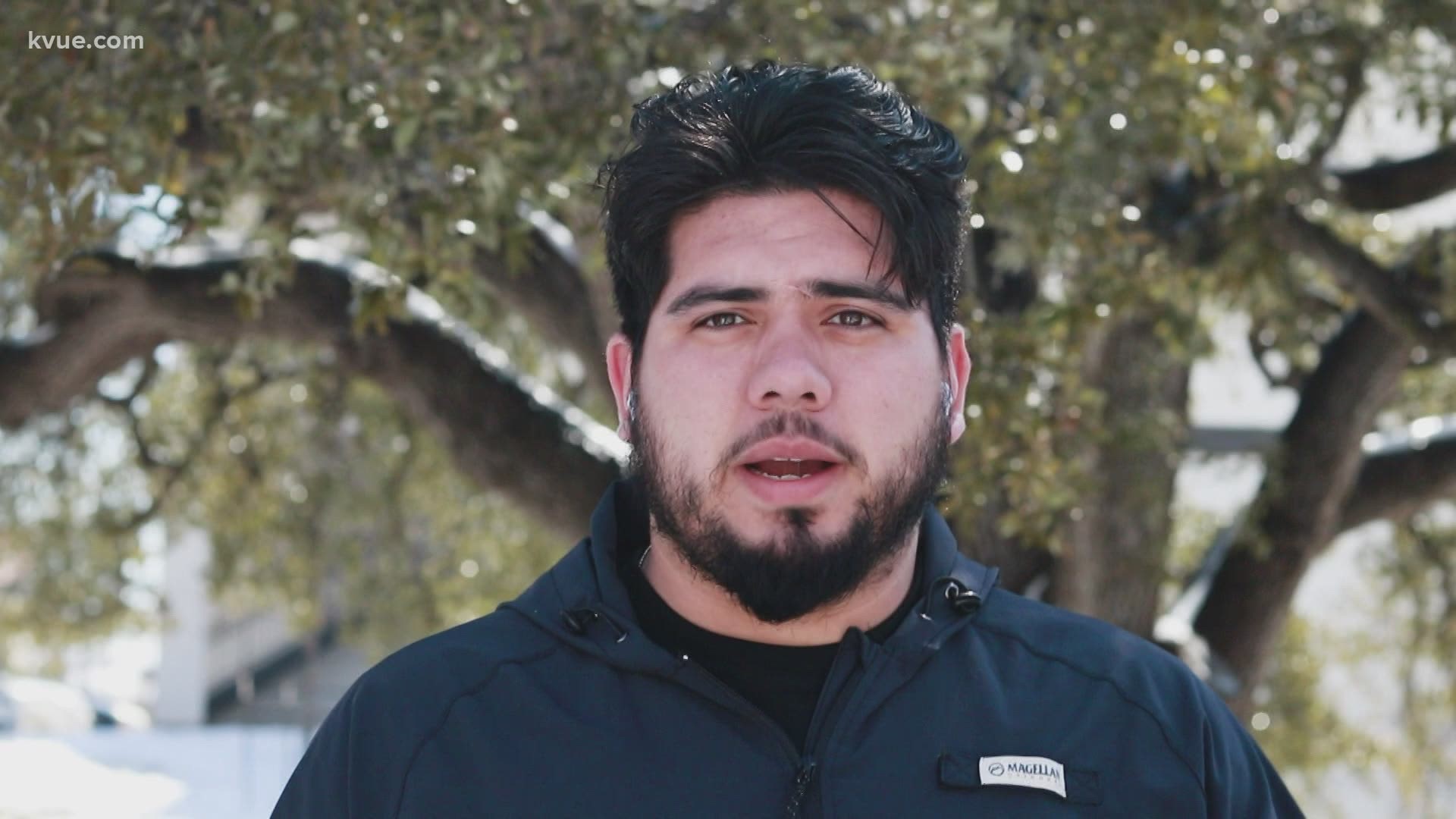 AUSTIN, Texas — As Central Texans face an electricity and water crisis in the aftermath of this week's storms, many are now fearing a new foe: sky-high energy bills.

Austin residents may not need to worry. Austin Energy customers "should not expect to see massive electric bills" as a consequence of the winter storm, the publicly owned utility announced on Saturday. PEC also reassured its customers that "the rate for your base power (per Kilowatt hour) during this weather event will not change."

That's because of the way electric rates are calculated. People and businesses in Texas have the right to shop for their electricity rates, according to the Public Utility Commission of Texas.

Customers who are seeing their electric bills spike likely have rates controlled by variable bill pricing, where rates are based on the market. You can save money when prices fall, but you are also vulnerable to surging prices when the energy market swings the other way.

PEC and Austin Energy, on the other hand, use fixed rates, where prices are more rigid. Any changes to Austin Energy's prices must be authorized by Austin City Council after a thorough rate review process, according to Austin Energy.

For context, City Council most recently asked Austin Energy to change its rates in 2017, when rates dropped 6.7%.

Here's the good news: under PEC and Austin Energy's rates, residential customers are billed for their actual energy usage. So if you lost power this week, you had no electric use recorded, according to the utilities.

If you did use power, you'll be billed at normal rates. But you might see higher bills for another reason: heating your home during cold weather can use more energy.

Your rates could be affected in the longer run, though.

For Austin Energy specifically, there are a few different components that make up the rate structure. One of them is the "Power Supply Adjustment," which Austin Energy describes as the cost of providing power to the community. It includes fuel for the company's power plants, the cost of electricity it buys from the grid and the net revenues or losses it experiences from producing and selling power to the grid, according to Austin Energy. This rate is reviewed annually.

🔊CUSTOMER BILLING UPDATE:
Reports regarding potential bill spikes for non-Austin Energy customers are circulating and we want to make sure our customers have the most accurate information.

Our rates are fixed and must be authorized by Austin City Council.
(1/4)

Based on this model, Austin Energy said its next steps are to "evaluate the impact, or the cost, of buying electricity from ERCOT, minus the net revenue from generating electricity during the winter event ... [to] have a better indication of the financial impact on the PSA and make recommendations to City Council."

For Austin Energy, basic charges for customers are $10 per month. Energy charges (dollar per kWh) inside city limits are below:

Texans are asked to turn off autopay on utility bills and review each bill prior to paying. Those who would like to file a complaint with the Office of the Attorney General, visit the online complaint form: http://txoag.force.com/CPDOnlineForm

You can find more information about the City of Austin's approved electric rates here. You can also view your usage and bills for Austin Energy and PEC.