"Last 10 days, I've been completely out of so much of stuff. But (for) around two months we've been facing all of this," the manager told KENS 5. 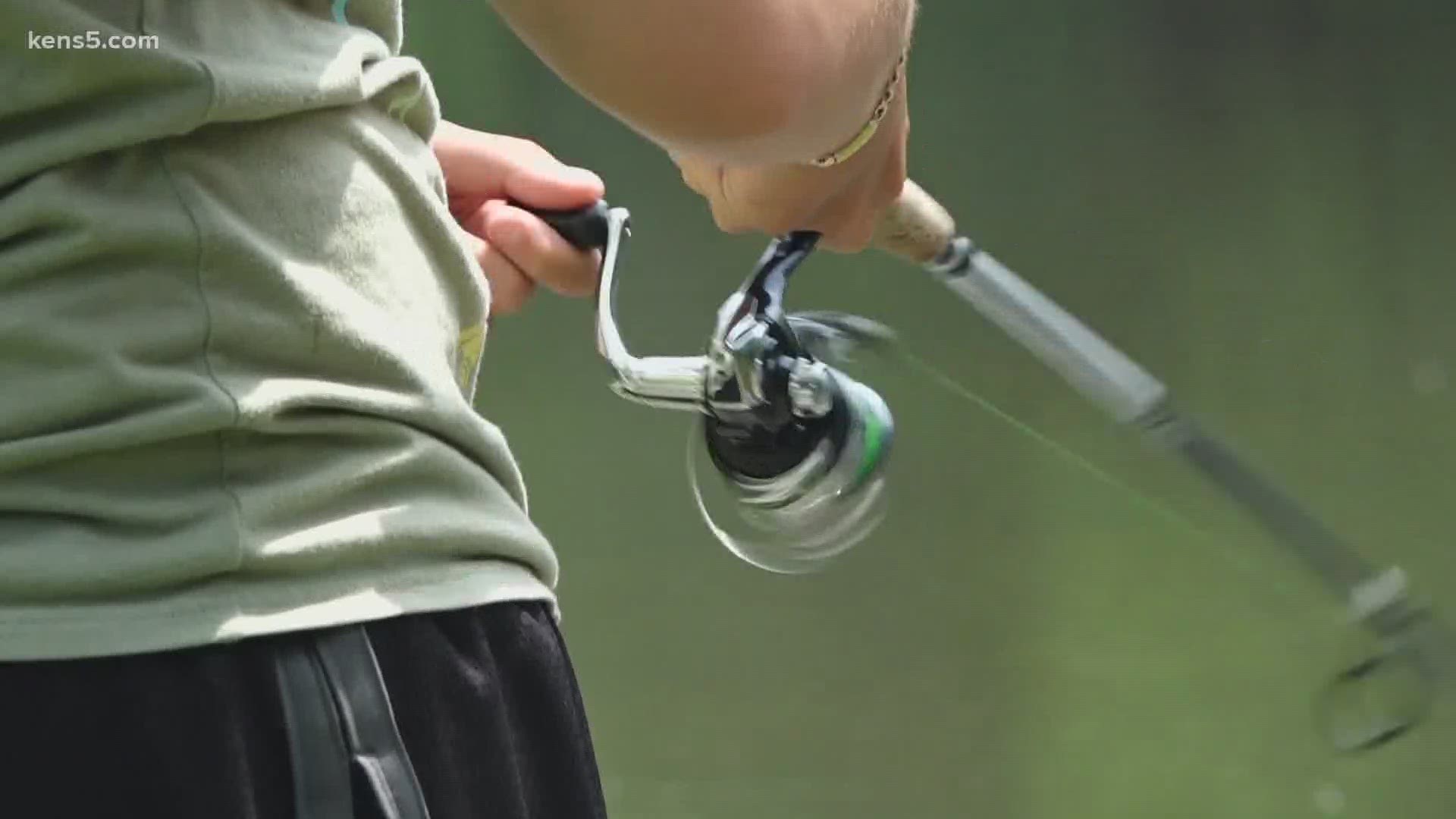 SAN ANTONIO — Even if you don't buy anything, if you walk into Jay Meghjani's store you're guaranteed to leave with something—even if it's just a sweet salutation. He can usually be seen thanking customers for stopping by as they're leaving.

Unfortunately for Meghjani, lately that's all his patrons have been leaving with as his bait supply is much lower than usual.

"Last 10 days I've been completely out of so much of stuff, but (for) around two months we've been facing all of this," he told KENS 5. "We order the tackles and the bait and they don't have it."

He's not alone. Eric and his buddy had trouble finding supplies before they headed out to the lake.

"Just lures, that's mainly it. It's just hard to find, so we have to get some different ones," he said.

The shortage of fishing supplies is another ripple effect from the ongoing pandemic and its economic fallout. As attractions remain closed, many are casting their eyes on the great outdoors.

And for many, there's no better way to spend time outside than with a pole in hand.

"(You'll) do anything you can to have a good time," Eric the fisherman said, over the phone.

It's a sentiment Meghjani can agree with. He just hopes his supplier re-ups and you stop in before you go.

"Bad day at fishing is better than a good day at work," he said. "Wait and see, yeah—hope for the best."

RELATED: WHO bows to calls from countries for independent virus probe