Boomtown 2040 is KVUE's look at Austin's rapid growth. Growth brings change and change can mean loss, but people are trying to preserve the culture of East Austin 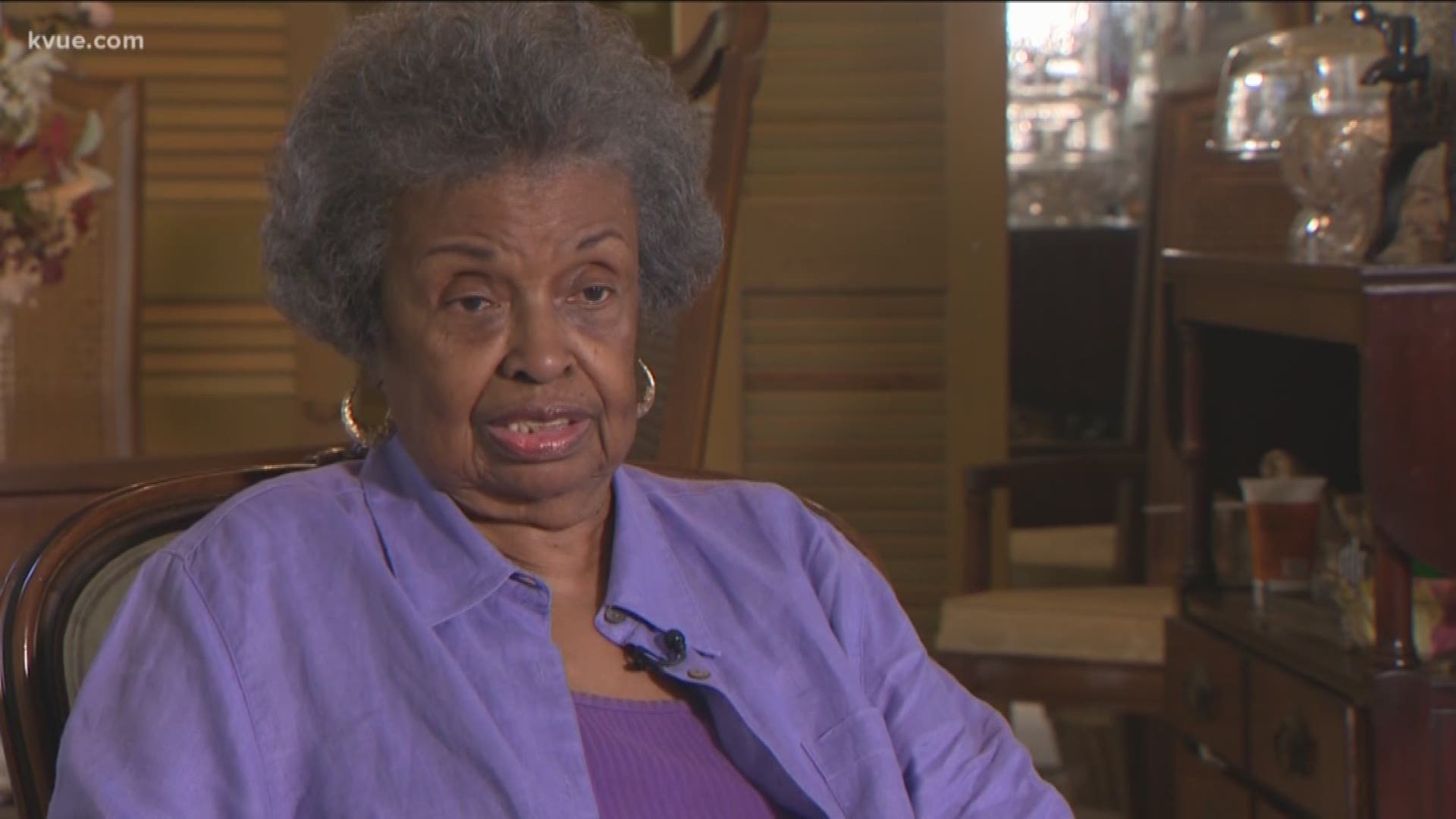 AUSTIN, Texas — Editor's note: In light of the deaths of George Floyd, Austin's Mike Ramos and others, KVUE is recirculating this 2019 piece which highlights Austin's history with gentrification.

Nestled between the modern homes around East MLK Street is a piece of the old East Austin. It's not the biggest house on the street, but to Bettye Washington, the four walls she built with her husband, Billy, 50 years ago are perfect.

"Well, it means everything to me," said Washington. "I love this little house. It's just right for me."

The 86-year-old moved to Austin when she was just three years old, before the City Plan of 1928 that created a "Negro District," physically segregating the city, fully went into effect.

RELATED: Austin’s gentrification problem: How we got here

"When I was a little girl, black people lived all the way on Rio Grande," Washington remembered. "And then they started moving us this way. Alright, this is home. We got it. You know, 'Build you some home. Find you some homes over here in East Austin.' And this was our East Austin."

But over the past decade, she says "our" East Austin has started to change. The land consulting engineers deemed as having "very low" value in 1928, is now desirable.

She isn't opposed to change, but she's not a fan of the attention her home has gotten in the past six years – unsolicited calls and letters from Realtors and companies offering to buy her out. And one letter crossed a line.

"The top said, 'Move Out and Move On,'" Washington said.

"Well, that was appalling for them to send a letter to say 'Move Out and Move On.' I just thought that was horrible," said Washington.

"Mean get yourself out and get out of here. We don't want you here. And that, that kind of digs you deep," she added.

Washington's story is just one of many, and while she is staying in East Austin, others didn't. She received the letter during a time when University of Texas researchers found Austin was the only major city in the country where the black population was decreasing at a double-digit rate.

"There is something both visceral and, in my opinion, disturbing when people have worked decades on decades to build a community, and in five, 10 years, you wouldn't be able to tell who lived there," said Virginia Cumberbatch, director of equity and community advocacy for the Center of Community Engagement at the University of Texas at Austin.

Her office is working to preserve the culture of East Austin with the Community Housing Hub. The goal is to educate people on the tools and programs available to help them stay in their homes. The staff is also capturing the stories and feelings of residents on camera.

"It's not just some people who have the money to buy property moving into an area because they choose to. That is not what gentrification really is," former East Austin resident Angela Medearis said to the camera. "It's the death of a history of a neighborhood."

Medearis said she married into one of the oldest black families in Austin. She described how a family home that had been passed down from generation to generation was forcefully bought out by the University of Texas under eminent domain. And she described how that left her family and others searching – a feeling shared not only by someone who once lived in East Austin, but also by those looking for community in the Capital City.

Tia Williams is exploring this dynamic in Gentrified.

"[It's] a five-part web series that follows the lives of three black millennials who are dealing with direct impacts of gentrification," said Williams, who is the creator and director of the series.

It's inspired by the Houstonian's own Austin experience since moving here in 2012.

"The fact that you actually have to put in work to look for other individuals that look like yourself, for me it was a primary issue that I had," Williams said.

The Austin of 2019 is not the Austin her mom described living in during the 1980s – the Austin Williams was born in before her parents returned to Houston while she was still a baby.

"Having to constantly think about, where can I go where I'm not going to be the only black woman in the room – a restaurant, a bar, a coffee shop, a grocery store?" Williams said.

She hopes the series paints a picture of what Austin is to some, a picture Cumberbatch believes her hometown can change. Currently, Austin's black population is increasing.

And for Washington, that narrative partly lies in her home – a home that was constructed to establish her family's legacy and build generational wealth.

"I won't be here forever but it was going to be for my children," said Washington, "to be one of their houses, somebody's house in the family."

That intention is the reason Washington called the man who sent the "Move Out" letter.

"He said, 'How much would you want for your property?' and I told him, 'You don't have enough money to pay for my property.'"

No amount of money is worth home.