Did you accidentally give your gift to state lawmakers? Texas is sitting on $27 million in unclaimed gift card balances

When gift cards are lost or forgotten, they eventually end up in the state's possession. You can get your balance back, but it may be tricky. 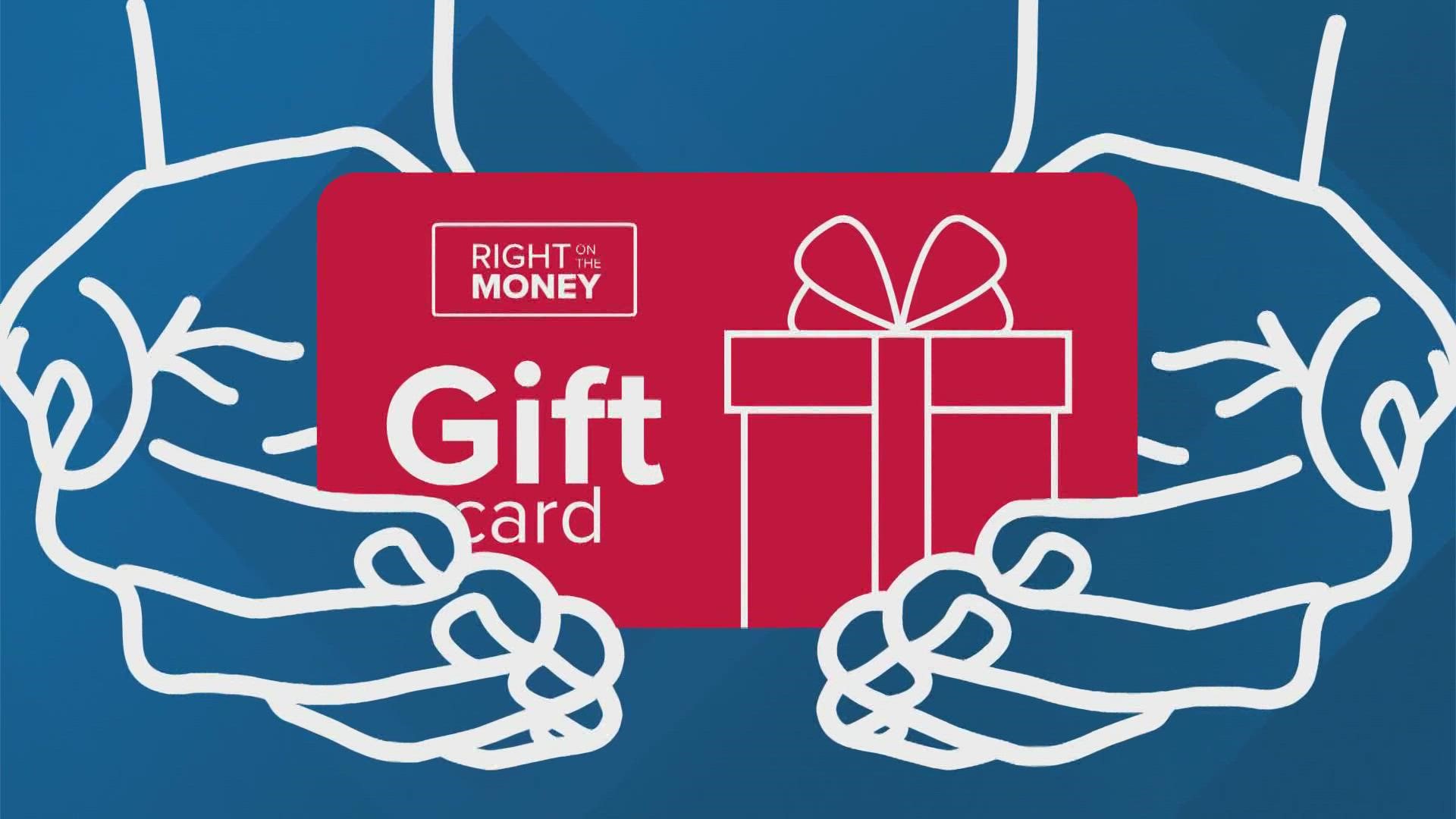 DALLAS — There have been some articles recently advising that because of the still-ongoing supply chain disruptions, it’s better to shop early for Christmas this year. If you take that to mean like December instead of the 23, you should know that they mean, like, now early.

If you’re thinking, "There are always gift cards," just know that many people have been dropping those plastic presents into trash cans and drawers, down drains and between couch cushions.

A summer survey by Bankrate.com finds 51% of adults have unused gift cards, vouchers, or store credits worth about $15 billion! What's more, 49% have actually forfeited value because it expired, was lost or the business closed before they could redeem it.

Millennials and high-income households were especially likely to be sitting on unused funds. Problem is, the money that is left on those cards as they age eventually goes away.

Windfall for the state of Texas

In Texas, unredeemed balances are considered abandoned and become unclaimed property in the Texas Comptroller’s Office after the card expires or on the three-year anniversary of when it was issued, whichever comes first. Unless you contact the comptroller’s office and claim the card balance, it eventually reverts to the state of Texas.

Right now, the Texas Comptroller’s Office says it has approximately $27 million in unclaimed gift cards. Much of that balance will likely become the state’s money. That’s because, unlike other forms of unclaimed property, gift cards are often not registered or definitively associated with an owner. Essentially, someone would need to show that they have possession of the card to get back the abandoned balance associated with it.