At least two New Braunfels Fire Department employees were suspended after it was discovered they drank and damaged hotel property while being paid to quarantine.

NEW BRAUNFELS, Texas — A pair of New Braunfels firefighters who were paid to quarantine in April after possible exposure to the novel coronavirus were suspended in late May after it was discovered they drank mixed drinks, had bottles of vodka delivered to the hotel where they were supposed to quarantine, and damaged hotel property, records obtained Monday by the Eyewitness Wants to Know team revealed.

Disciplinary documents state fire engineer Christopher Walderman and firefighter Jeffrey Satcher were issued suspensions May 29 -- both suspensions not exceeding two days. According to suspension records, Satcher, Walderman and other members of their team responded to a call at Fischer Park on April 2 without the appropriate personal protective equipment. The suspension order notes that they were both in violation of personal protective equipment protocols put out by the department March 31.The order does not mention the damage caused to the hotel.

Later, officials learned the individual to whom Satcher, Walderman and others had rendered aid had flu-like symptoms consistent with someone with COVID-19.

The agency took the fire department personnel who were potentially exposed to the virus out of service and paid them to quarantine, according to records. Some of those quarantined fire department personnel opted to stay at a Marriott Hotel and had their rooms and meals at the hotel paid for by the City of New Braunfels, disciplinary documents state.

According to the pair's suspension records, Satcher and Walderman agreed to have drinks with a fellow firefighter, identified as "FF Hudgins" in records, and Sacher had picked up two bottles of vodka delivered to the hotel by a fellow firefighter, identified in records as "FF Mueller." Documents state Walderman admitted to consuming two mixed drinks while Satcher admitted to drinking three vodka cranberry drinks. 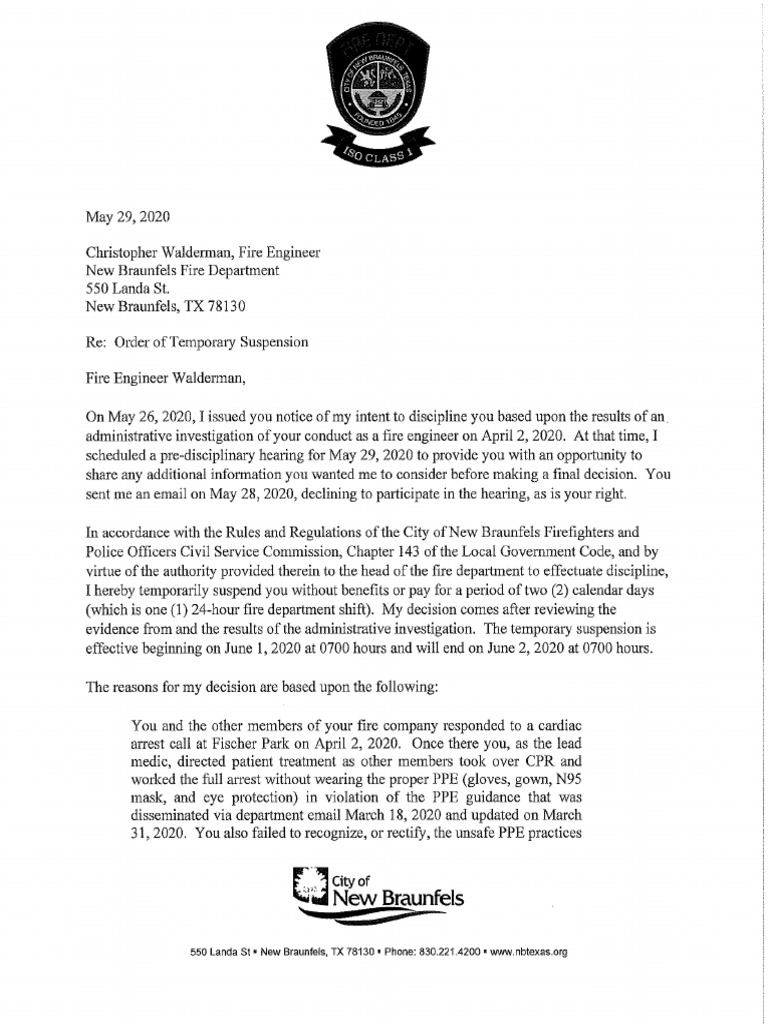 New Braunfels Fire Department
Discover everything Scribd has to offer, including books and audiobooks from major publishers.

Disciplinary documents for Satcher state he told the assistant chief of the department he wasn't sure if he was on duty because he had the option to quarantine at home and that he had previously attended training in which he was allowed to drink in the evenings, once training was over. According to suspension paperwork, Fire Chief Patrick O'Connell told Satcher the difference was that he was listed as being "on-duty," whereas he was listed as "detached" for training. 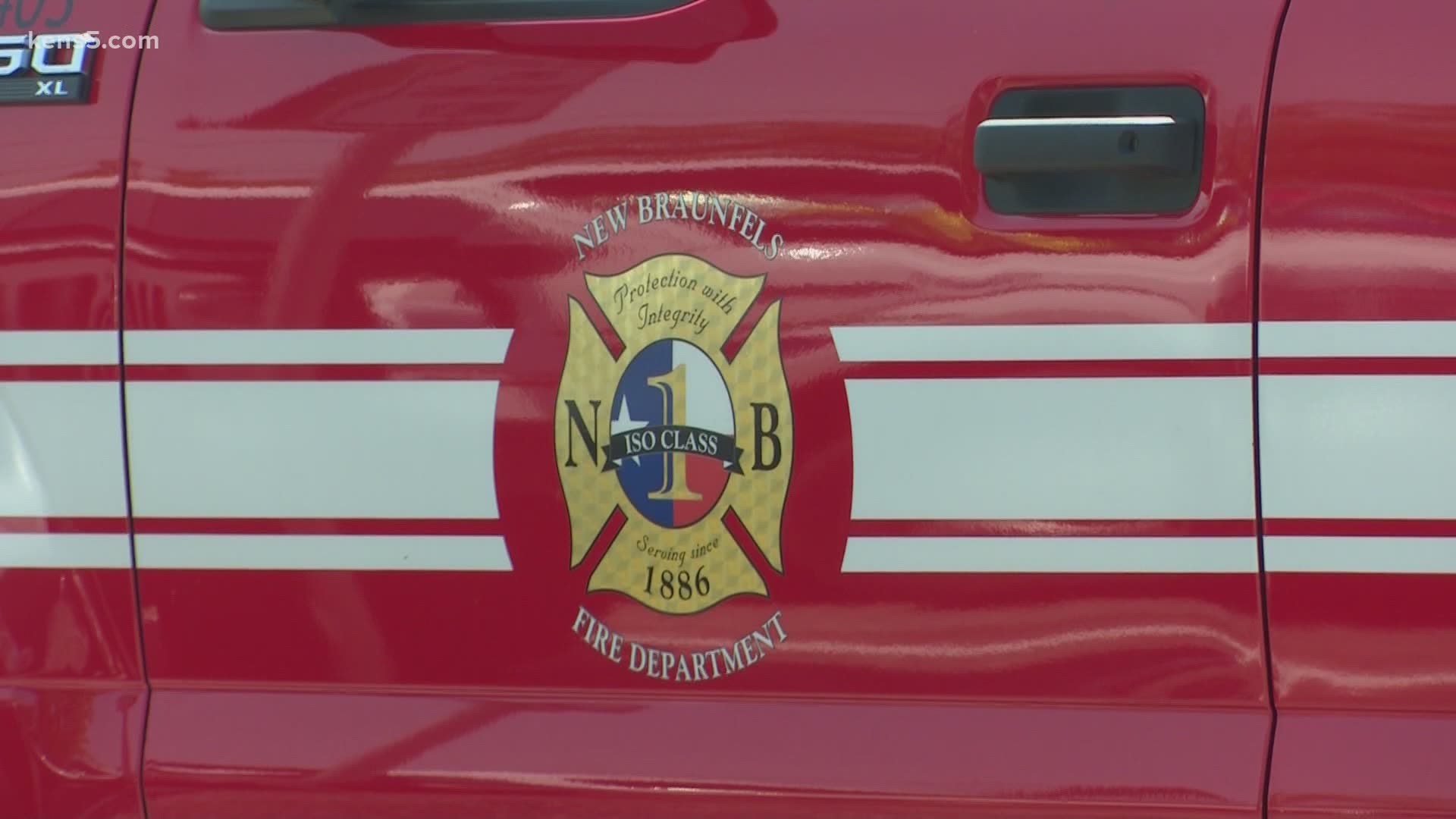 When KENS 5 reached out to the City of New Braunfels about the incident in mid-May, City Manager Robert Camareno admitted that damage had been done to the hotel during the incident, prompting an investigation.

Camareno would only call it an "unfortunate situation," and declined to address several follow up questions.

Camareno released the following statement when KENS 5 inquired in May:

"In early April, an incident involving New Braunfels Fire Department personnel occurred at a local hotel which resulted in damage to the facility. The City took immediate action and launched an investigation into the incident. Per City policy, the personnel were placed on paid administrative leave during the investigation. The investigation is ongoing and per policy, the City cannot comment on personnel issues. Pending the results of the investigation, disciplinary action may be taken based on the level of responsibility of each individual. The City moved quickly to work with the hotel to address the damage to their facility and the city continues to work on determining liability. This was an unfortunate situation but the City took the appropriate steps to address the incident."

KENS 5 in May followed up with several questions to the city below:

KENS 5 received another response attributed to Camareno, which read: "This is a confidential personnel matter related to an ongoing internal investigation and as such, these additional details must remain undisclosed at this time."