'We don't have any other choice': San Antonio tattoo shop plans to reopen next week, regardless of compliance 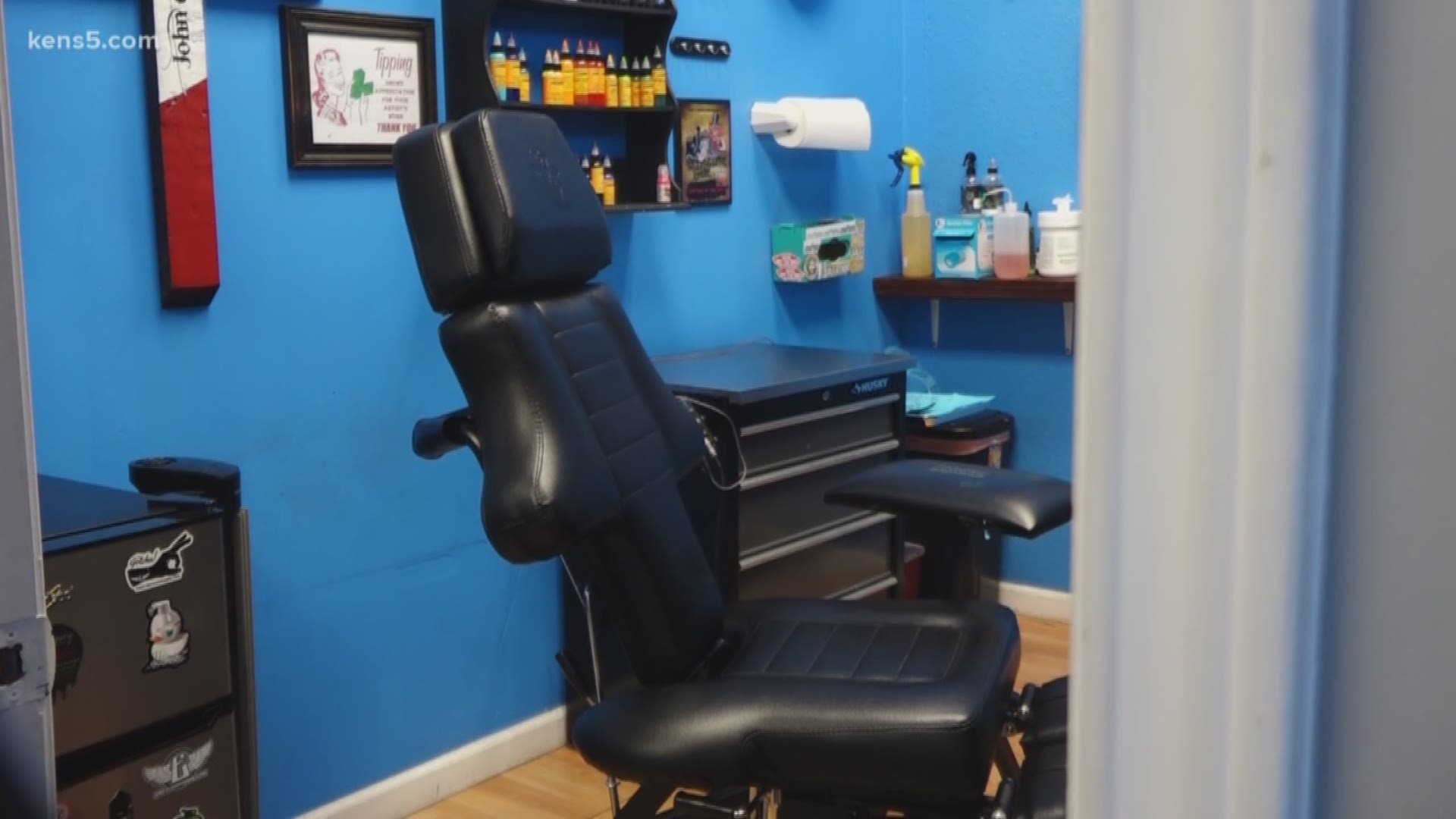 SAN ANTONIO — The silence inside Twisted Tattoo these days is almost deafening, and the buzz that once filled the rooms has been replaced with a ticking clock of dwindling patience.

It's been nearly two months since James Delgado's shop was open.

It's that uncertainty that has led him to a tough decision: Delgado said he plans to reopen his shop next Monday, regardless if he's allowed to or not.

"We decided enough is enough," he said. "We don't have any other choices. We can't just keep waiting."

As of now, tattoo shops are not allowed to open under the state's executive order, and Gov. Greg Abbott has not hinted at when they might be able to welcome back patrons. Meanwhile, restaurant dining rooms, movie theaters and barber shops have been given the go-ahead in recent weeks.

On Monday, Delgado posted a video on his business's Facebook page explaining the safety measures his shop is taking to reopen safely, even if it is considered non-compliant.

Delgado could face a major fine if he reopens against the current executive order. He says he'd pay it, but hopes he's not doing it alone. He's encouraging other shops that can't afford to wait any longer to open up as well.

"We know we can open and operate in a safe manner," he said. "If we all unite and come together and demand respect, our voice can be heard a lot easier than on our own."

We reached out to the city for comment, and local officials encouraged any business that would like to vouch for reopening to make a request to the state to be added to the list of critical or reopened services.

RELATED: 'It feels like it’s something personal': Tattoo shop owner frustrated at not being able to reopen and not knowing when he can

RELATED: Weddings can now resume in Texas under these guidelines

RELATED: State-by-state look at how America is reopening from the coronavirus