Seven businesses not allowed to open under the governor's early reopening phases are eligible for the funding. 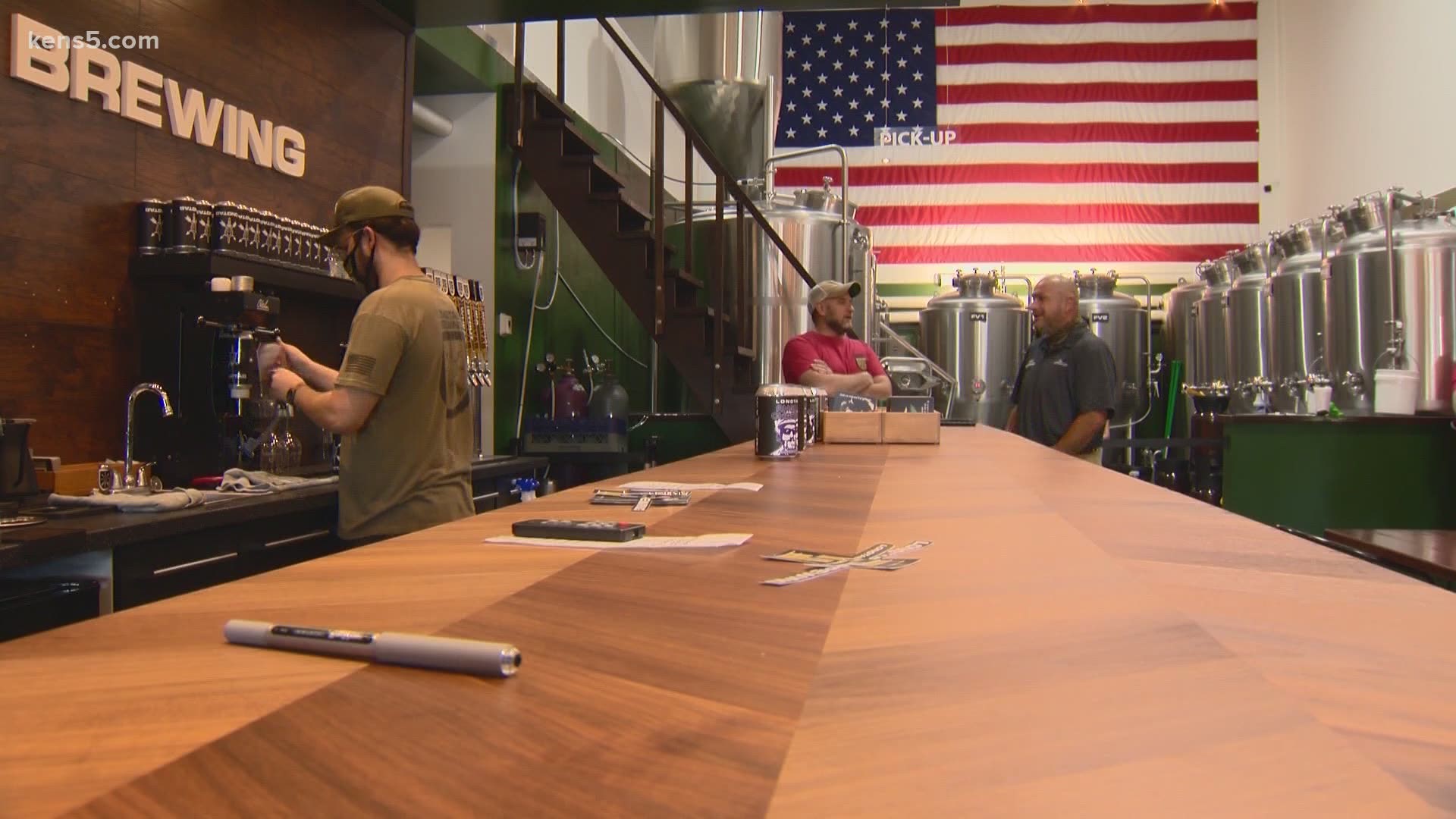 LEON VALLEY, Texas — A small Texas town is showing it has a big heart by lending a helping hand.

When the coronavirus pandemic forced businesses to close, officials in Leon Valley jumped into action, working behind the scenes to help. One of those business owners is David Holland, the owner of Longtab Brewery.

“This whole thing started when my wife bought me a beer kit,” Holland said.

Holland is a U.S. Army Special Forces veteran, having served the country for three decades. He said he wanted to honor Green Berets who lost their lives in the line of duty by naming his beers after them.

“Most Green Berets are called to do that kind of work because they have a sense of purpose, a sense of duty. And, you know, it's never really about them,” Holland said.

He opened Longtab Brewery in January, just a few weeks before the pandemic began to sweep through Texas. The business was barely open two months before it had to close.

“Before we even had a chance to hit a stride, you know, we had kind of the rug jerked out from under us.”

Holland’s business is just one of seven that Leon Valley officials have now stepped in to help.

“They have a dream, and to see it crushed by a pandemic, it was heartbreaking,” said William Cox, business relations cirector for the City of Leon Valley.

Cox said the Small Business Encouragement Grant is directed at businesses not allowed to reopen after Gov. Greg Abbott’s announced opening plans. The city's goal: Seeing which local businesses were being hit the hardest.

The one-time grant funds are designated for two months’ rent, and owners are awarded up to $10,000.

“The emotion on their faces, not only when we reached out to them hearing their plight, (but) what their difficulties have been throughout this—you want to do more," Cox said.

It's a mission of hard work Holland said he appreciates to help his business survive.

“I've never really seen anything like this. They have been so helpful and cooperative and proactive,” he said. “You really do get that sense that they're here for you.”

Cox said the other businesses awarded the grant on Wednesday are Pixel Portal, EMMAzing and SA Fun Zone.

RELATED: Republicans look to phase out jobless aid to get Americans back to work