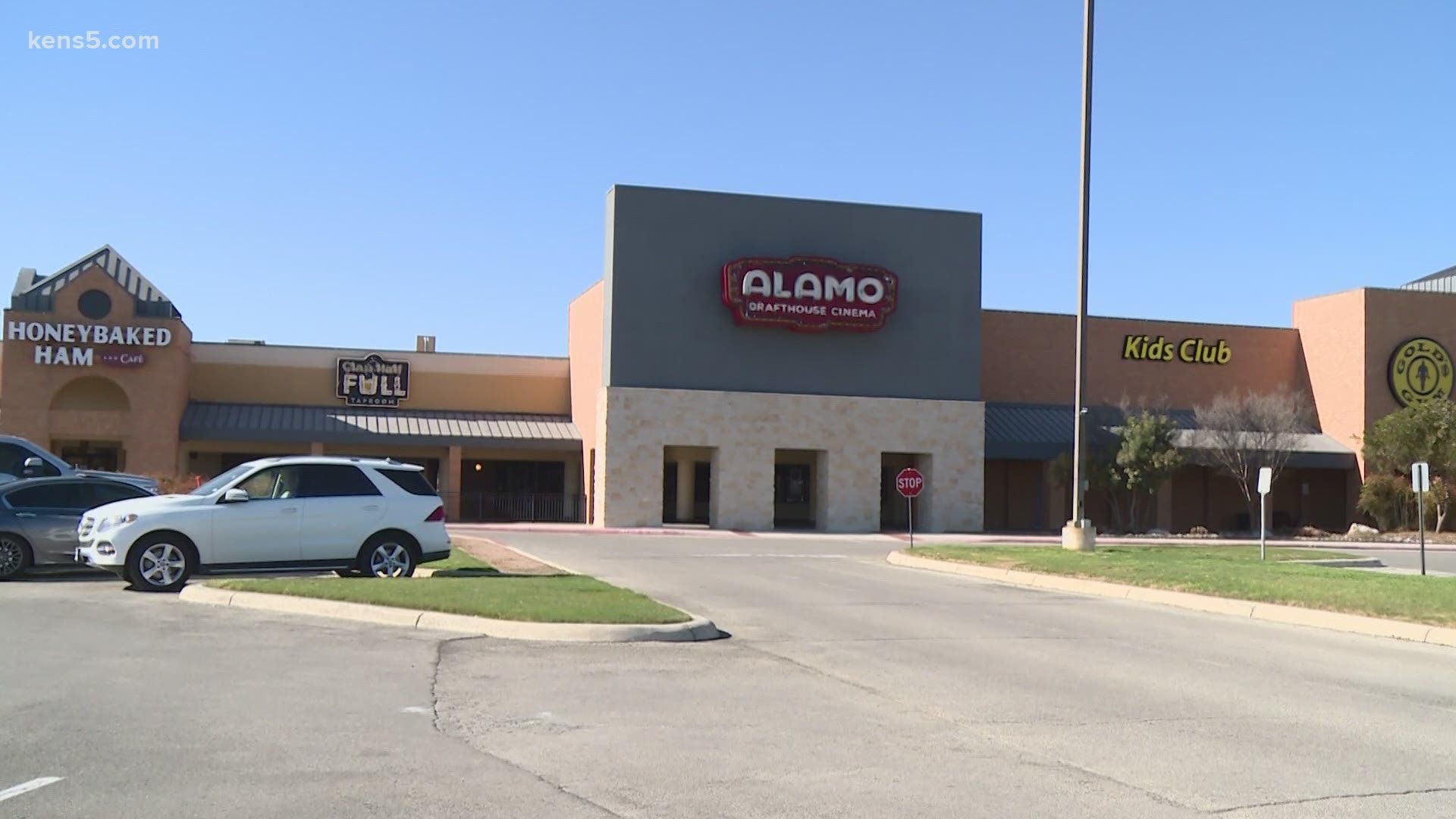 The movie theater chain has 41 locations across the U.S., including three in San Antonio.

A spokesperson for the theater chain said the move will allow most locations to stay open, but three locations will be closing, including the one in New Braunfels.

The closure another devastating effect of the COVID-19 pandemic.

The Alamo Drafthouse, located at the Marketplace in New Braunfels, posted a message on their website, saying in part:

“Last March, we temporarily closed Marketplace along with every other Alamo Drafthouse location. Nearly a year later, we’re incredibly sad to tell you that because of the ongoing impact of COVID, we will not be reopening Marketplace.”

“Alamo Drafthouse is one of those unique Texas brands,” said Mike Meeks, President of the Greater New Braunfels Chamber of Commerce.  “During a pandemic, operating an indoor venue was a tough road, and so that's been something that certainly our local hospitality industry has struggled with this year.”

“We were very thankful to have them here as long as we did. We felt like it certainly helped our local economy, and they were probably a draw to some of the smaller communities around New Braunfels,” said Meeks.

The Austin-based movie chain announced on Wednesday they were filing for Chapter 11 bankruptcy.

The move allowing them to restructure the company while continuing to operate.

However, the New Braunfels location will still be shutting its doors.

“We have a health crisis that has created an economic crisis in our nation, and businesses like Alamo Drafthouse were just dead center, ground zero of that situation,” said Meeks.

Many in this community responded to the location’s Facebook post, saying they are saddened by the news.

The Ormond family said they were sad it’s closing, saying it was their favorite place for family outings, and they even had an Alamo Drafthouse themed birthday party for their son last year.

Meeks said he hopes the other locations are able to survive.

“If it helps them reorganize and get back open and becomes that Texas iconic brand that we've all been used to, that's great news for all Texans,” said Meeks.