Governor Greg Abbott allowed all businesses to open at 100% capacity on Wednesday. 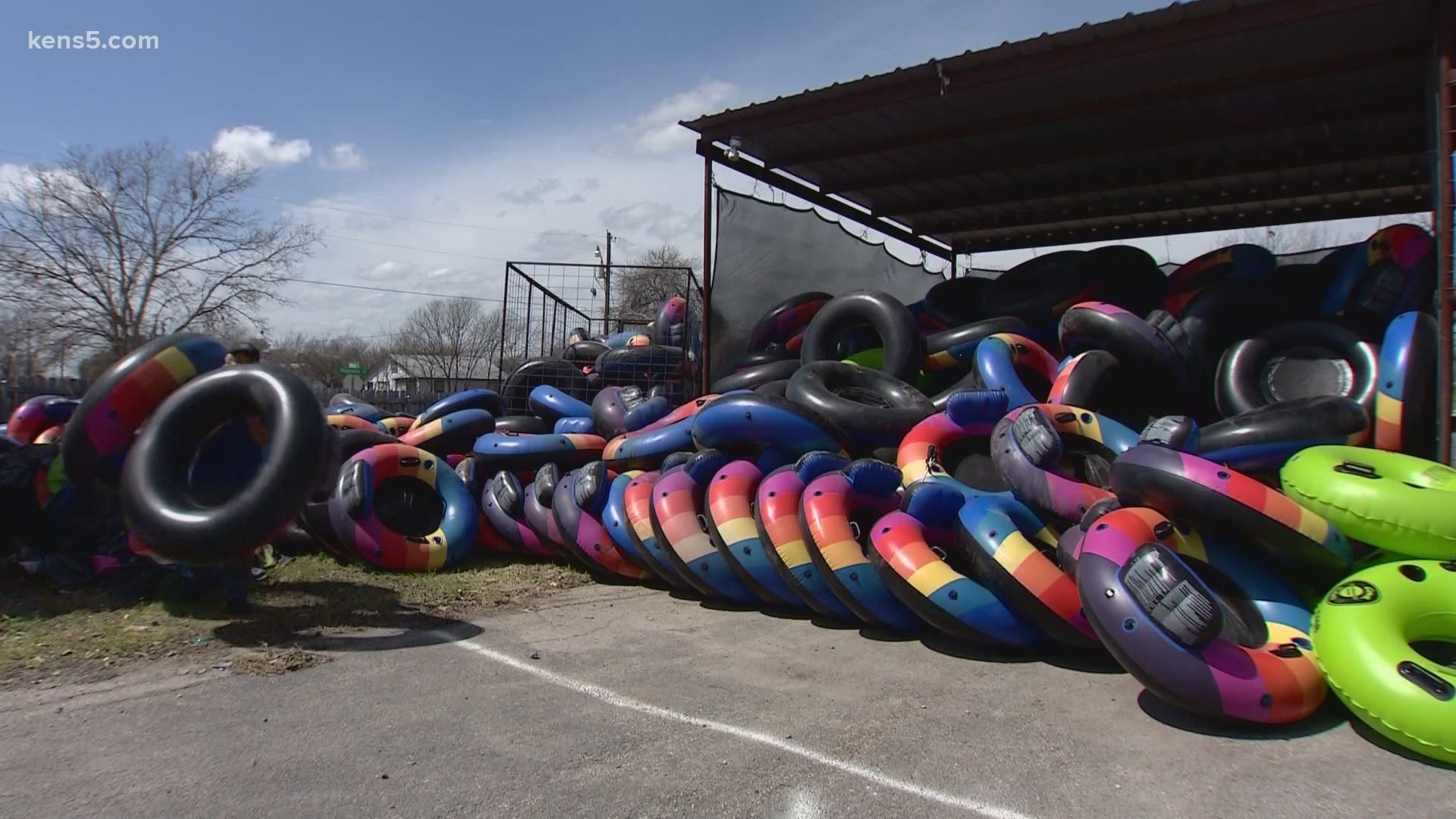 SAN ANTONIO — A New Braunfels tubing outfitter opened for business on Wednesday nearly a year after closing due to Gov. Greg Abbott’s orders, which put occupancy limits on certain businesses in 2020.

Bolstad said he closed four weeks into the spring 2020 tubing season after the order issued by Abbott, which prohibited certain businesses from operating. Last week, Abbott announced he would rescind his order, effectively opening Texas 100%.

Bolstad said he learned of Abbott’s announcement in a text message from a friend. While he said he felt a wave of relief knowing he would finally get to earn a living, he also felt concerned by the many decisions the order would shift to business owners.

Bolstad said he will continue to wear a mask and enforce social distancing at Comal Tubes, among other health and safety priorities he had in place prior to shutting down.

He said he remains cautiously optimistic about reopening.

“I think it was a really good reminder that, ‘Hey, everything you have can be gone just like that, and no matter how much success you have, it can be gone the next day,'” Bolstad said. "And, well, we proved it. We proved it. We were open for four weeks. We were doing a couple hundred people a day. We were social distanced. It was perfect. It was working. And then they shut us down and here we are a year later.”