Cristina Martinez created Very That to keep her culture alive. Her favorite Spanish idioms are featured on stationary, pens, notepads, koozies and even mugs. 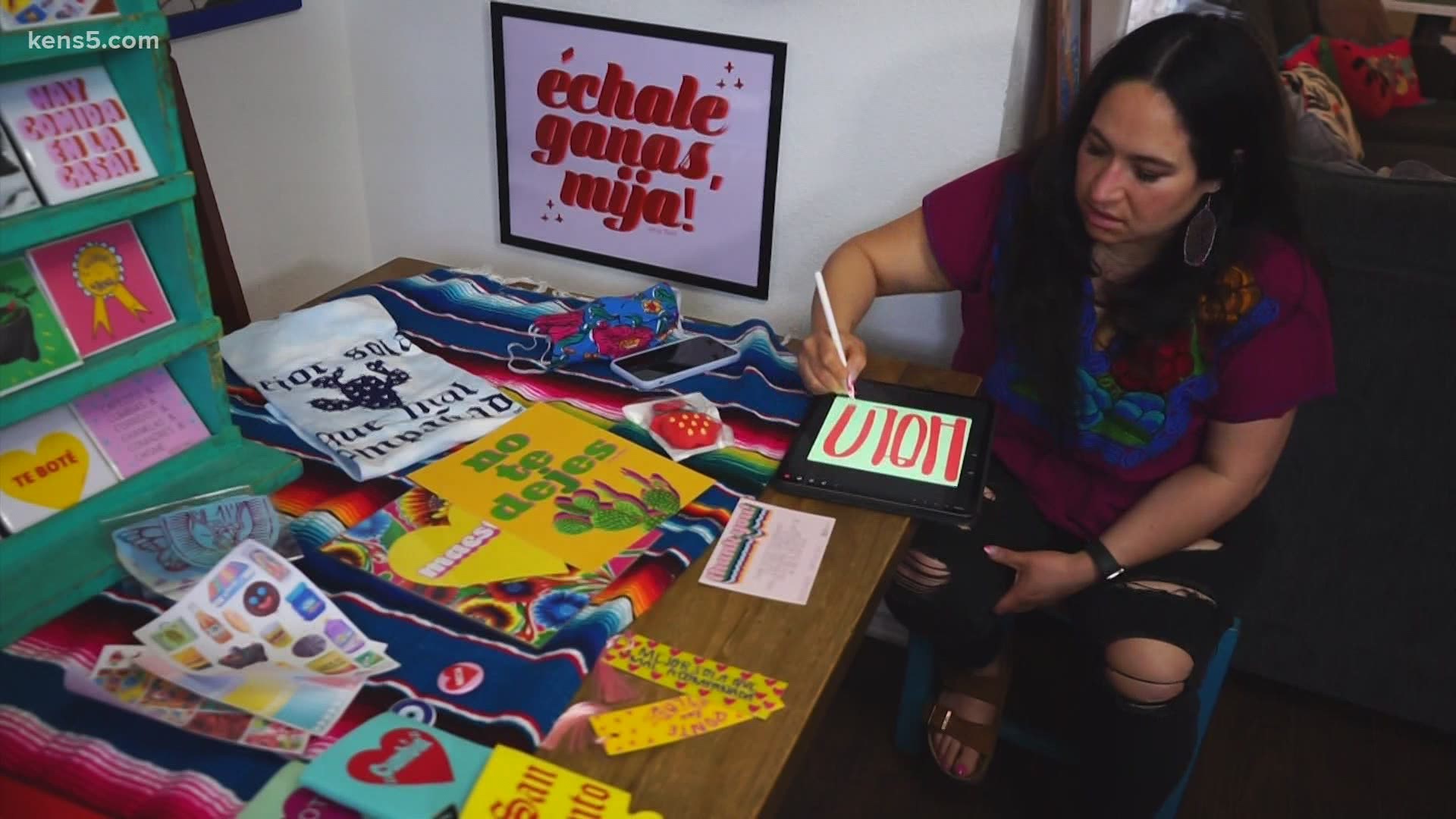 SAN ANTONIO — Surrounded by inspirational sayings from her childhood is where Cristina Martinez feels most inspired. But she never dreamed it would lead to her creating a business based off it.

"It really just kind of stems from my childhood. I'm the third daughter of immigrant parents," Very That, owner, Cristina Martinez said.

"Every time I hang up on the phone with my dad, before he says goodbye, he says, "Echale ganas, mija,'" Martinez said. "It's something that I think a lot of us grew up hearing... That's like our culture, super funny and a little bit mean... You never know if your grandma said that word to praise you or to scold you, but I love that about Latinos."

The idea of her business, Very That, beginning in 2010 started as a side hustle, but took off after Martinez got the shock of a lifetime.

"My mom was diagnosed with breast cancer in 2013 and it changed my world," Martinez said.

She remembers the word that she so often used to describe her mother.

"Ponderosa means like powerful or powerful woman – that's one of the things I always think about when I think of my mom," Martinez said. "But that's not true. We are all vulnerable to being sick."

Martinez says her black and white world turned to color after her mom's battle with cancer.

"I just realized that I can't do corporate the way I was doing for years," Martinez said. "There was no going back for me. It was like the best decision I could have made a million times over."

Many took notice of those popular sayings, which started on her signature coasters.

"I really just wanted to put the honor and the pride on products that we never had before," Martinez said.

These days you can find stationary, pens, notepads, koozies and even mugs with your favorite Spanish idioms – which she digitally designs by hand.

"There's like a little bit of everything in my brand... I want to be the 'Chicana' Lisa Frank," Martinez said.

So whether it be a term of endearment or a little side of sass, Martinez knows these products are helping to keep the culture alive.

"To keep it alive is super important to me," Martinez said. "It's a lot of work, it's a lot of thinking and planning, but I don't want anything else."