Using clippers to create wearable works of art | Made in S.A.

"Joe Barber" is known for more than just mastering clean edges. He is looking to give back with his artistry. 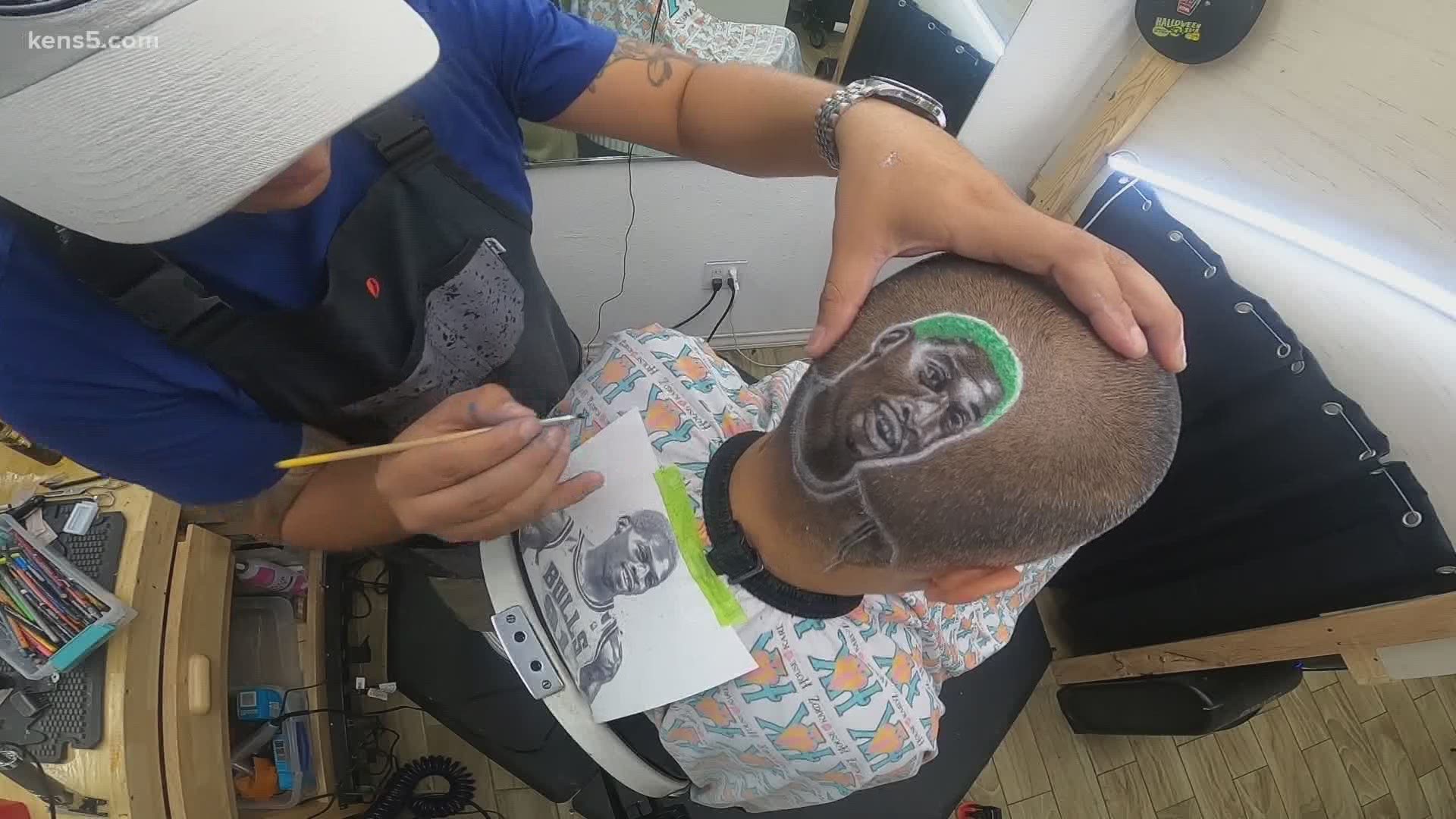 SAN ANTONIO — At the House of Kardz Barbershop, there's more going on than just taper and fades.

If you find yourself in Joe Baraja's chair, or Joe Barber as his clients know him, you can expect something extra special.

Joe has been cutting hair professionally for 16 years, but his love of art started when he was just 8 years-old.

However, growing up in the projecta, Barajas didn't always know the right ways to express himself.

"I got locked up for graffiti because I love doing art, but there is a right way of doing stuff and a wrong way," Barajas said.

Turning to cutting hair, he quickly realized he had a new outlet.

"That's when I started to take it serious, once people were lining up to get haircuts by me," Barajas said. "This allowed me to be able to tap into my gift of art... I didn't know that was a possibility to be a barber."

His is hair art over the years gaining him national attention.

"It made me realize there is power in art," Barajas said. "I've been part of barber shows, reality shows, all types of stuff and I've been blessed.

Barajas still in shock with how far he's come in his career.

Barajas now looking to give back to other youth in his community.

"I didn't know that was a possibility to be a barber, they never had career day and was like 'oh man you can be a barber,'" Barajas said. "Now I visit schools and I teach kids that barbering is a craft and it's a career."

He is going one step further with a barber school in the works at his current location.

"My job and my purposes is to be able to teach these younger generation barbers that there is a right way of doing stuff and I am going to teach you," Barajas said.

A kid from the barrio, hoping to help the youth of the next generation, to make a name for themselves.

"I want to open their eyes and their minds so they can see there is more out there is more opportunity," Barajas said.  "And it's not so much about the money, but its also about having that freedom to express yourself."

"God's given everyone a gift, you just got to find it, and you've got to cultivate it as much as possible," Barajas said.