William Hobbs is a retired and disabled army veteran and cancer survivor. Being out of work from the pandemic, a new pathway for him was discovered. 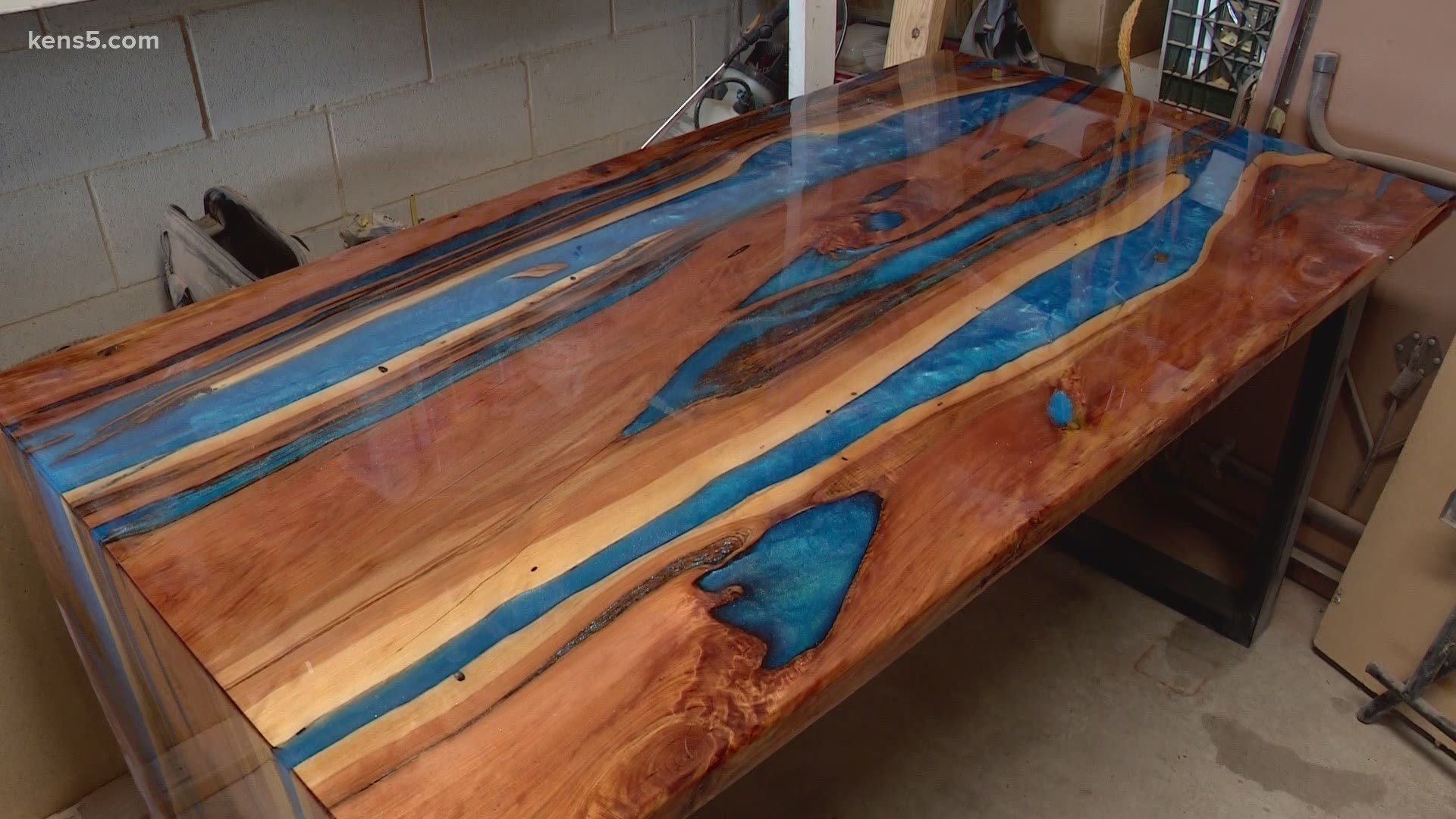 SAN ANTONIO — While lots of small business took a hit during the pandemic, some took it as an opportunity to change.

That was the case with Phoenix Rising River Table whose creativity rose out of the ashes of the pandemic.

What once was a garage transformed.

"Last year about the time that the pandemic was starting my wife wanted a new dining table, so I took it upon myself. And I'm going to make her one," William Hobbs, the founder and co-owner of Phoenix Rising River Table said.

"I was actually laid off. It's was a little crushing. Kind of hurt a little," Hobbs said.

Hobbs like so many, was handed a blow as the virus raged on. He is a retired and disabled army veteran and cancer survivor.

"It's the military mindset. Whatever the mission is you just gotta keep stepping, keep moving forward," said Hobbs. "So I started making them kind of as a little hobby people started wanting them."

His DIY project turned into plan-b with finding beauty in the cracks and crevices.

"You never know what you are going to get and it's just wonderful to be able to shape it and bring the beauty of it out."

Just as life can splinter the best plans, Hobbs took his loss as another time for reinvention.

"Without the pandemic I would not have given up that comfort and tried to step out on my own but now that I've done it I wouldn't have it any other way."

Birthed from the ashes as he had so many times before --- was Phoenix Rising River Tables.

"I love it. I feel like I'm creating art every day."

His handmade art is now in such high demand, it was time to find some help.

"It was like hey, you need something and I need some help," Hobbs said.

His brother-in- law Corey Whiteley, who's also the co-owner was a victim of the pandemic too.

You do what you gotta do to survive," Whiteley said.

Making the move from Tucson, Arizona to Texas permanent.

"It's made me, my brother-in-law and my sister in-law a lot tighter," Hobbs said.

"You gotta make the leap. You're not going to move forward if you don't take steps," Whiteley added.

The two men are using the disappointments in life to rise again.

"It's all around a little more freedom and creativity," Whiteley said. "It's just life is so much better. I can enjoy life so much better. It brings immense satisfaction. That's the way to put it. I get a lot more deep satisfaction in doing this for myself than working for a corporation."

If you are interested in getting a quote on one of their custom tables head to phoenixrisingrivertables.com.