Made in S.A.: Fuerza Unida

Women united in clothing and community for the last 30 years 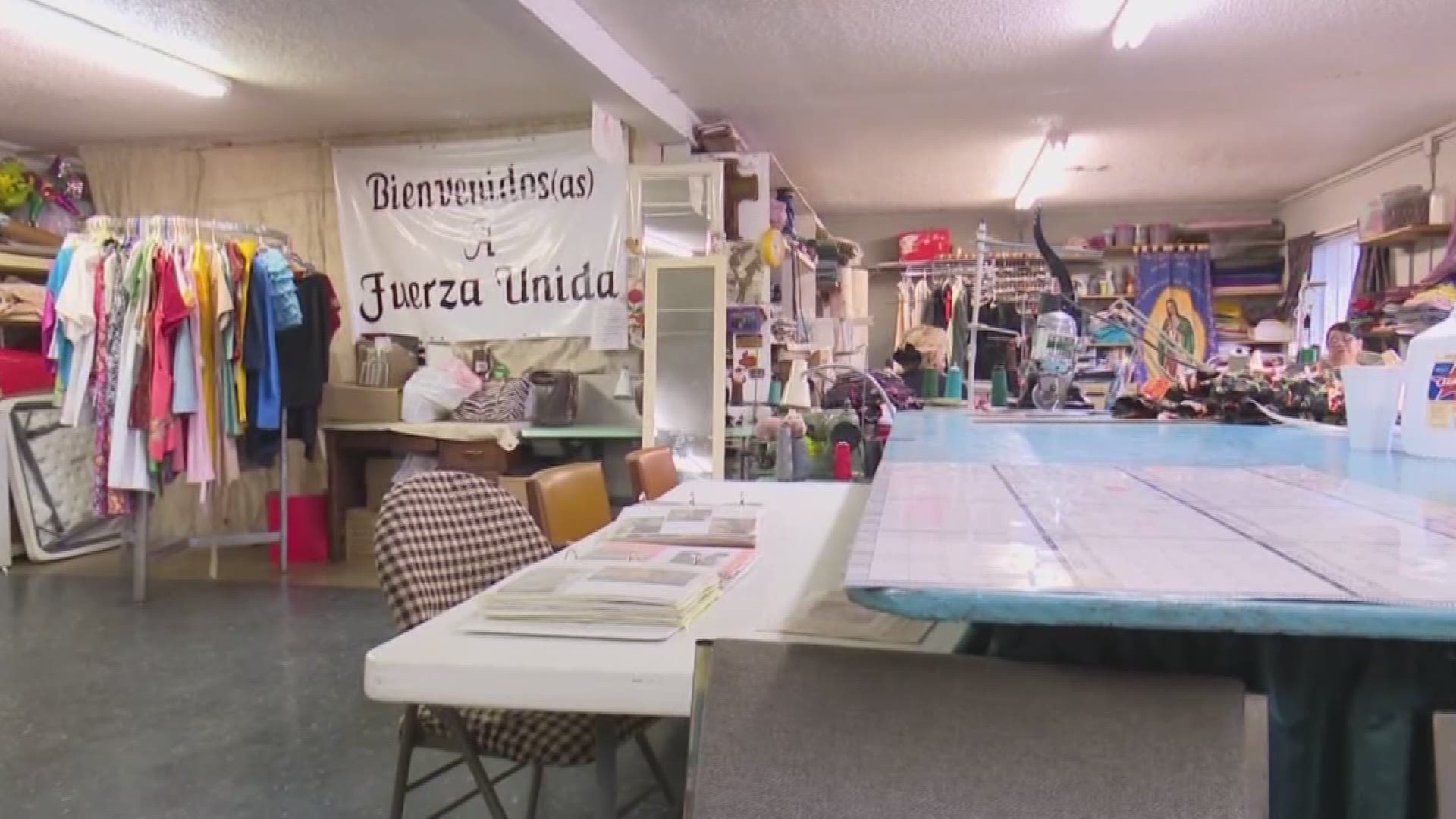 SAN ANTONIO — On the south side of San Antonio you can get your hands on traditional guayabera style shirts and tops.

These garbs held together by "thread of justice "sewn by the women of Fuerza Unida.

Who are not just seamstresses.

They are community activists brought together 30 years ago with the sudden closing of the local Levi's plant.

"There was a lot of trauma because we don't expect that. We feel like they are going to let go 30 percent of the workers but not all of us at the same time," Fuerza Unida, Co-Founder/ Co-Director, Petra Mata said.

The closing left over 1,000 workers, mostly women, without at job.

"We said this is not right and we said we need to get organized to fight against this big corporation because the workers have a rights,"Mata said. "We need to know we have rights especially as a woman."

That led them to create the organization Fuerza Unida.

"What happened to us we don't want to happen to anybody else... because they give us whatever they want and a lot of us we couldn't find another job compared to that," Mata said.

The group used their sewing talents to help fund their mission.

Starting with pillows and curtains.

"Fuerz Unida made me the woman that I am now, before I wanna say my purpose was only to make money to take home for my kids, and there is a lot of satisfaction when you develop a woman. We are teaching that you have a right as a woman,we have the power,  you have a voice," Mata said.

Although their mission has expanded to fighting for their community, they continue to sew in a bit of their mission into every garment made.

"Probably we haven't been making a big difference that everyone can see, but we are simple, we wanted the woman to be empowered," Mata said.