Local man stitches his way to success | Made in SA

San Antonio man discovers his love for leather later on in life. 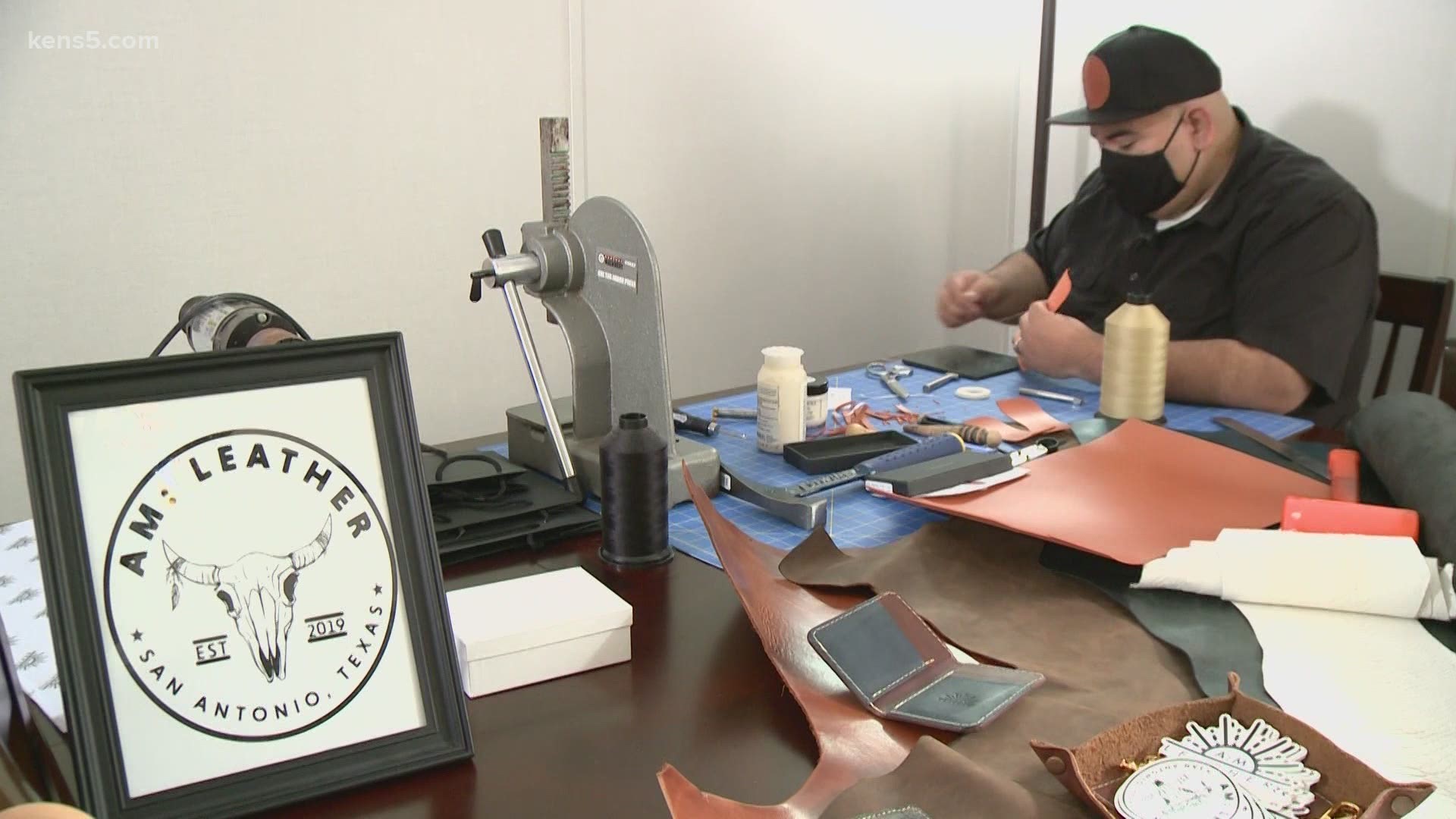 SAN ANTONIO — After working his nine to five,  Adam Rodriguez of AM Leather, can be found crafting his pieces.

“I currently work at a cancer center and sometimes that work can be a little stressful...," AM Leather, owner, Adam Rodriguez said. "It’s something to decompress and let my mind be creative for a little bit.”

AM Leather got its start when a stranger challenged his thinking.

“I was at a dinner with a bunch of guys….we started talking about what would we like to do if we could do something," Rodriguez said.

When Rodriguez couldn't think of anything the stranger asked about his love for leather, since he had pointed out his handmade leather iPad case.

"I said well I don’t know how to do leather work, I just like leather stuff," Rodriguez said. "And he was like well in my job I YouTube it and I just did it.”

That conversation sticking with Rodriguez.

“So that night I went home and I started looking at videos,  and it started off as a hobby and I just wanted to make it a job," Rodriguez said.

Turns out, he already had a little bit of sewing in his background.

“My mom actually sewed and she had pictures of me making a pillow when I was small, so the sewing part wasn’t that bad,” Rodriguez said.

With a little trial and error, he jumped into the business.

“Leather is amazing because it’s not like anything else, you can feel it the textures of the leather they’re all a little different...and by far it has a lot of different elements about it," Rodriguez said.

Now his titles include husband, father and 'business owner', which can come with some late nights after getting off work.

“Sometimes its staying up late and stitching something till midnight... so it takes work, its effort, but its something I really enjoy," Rodriguez said.

With a little more than a year in business under his belt, Rodriguez is proud of how he started.

“It’s actually just kind of amazing with how it got started, but if you have the desire to look it up and put in the work you can do it," Rodriguez said.

It offers the same challenge to others as that stranger did to him.

“You can always do it and this was kind of a testament of that," Rodriguez said. “My goal is to make sure this is my only job but we’ll see."