'It feels like it’s something personal': Tattoo shop owner frustrated at not being able to reopen and not knowing when he can

While gyms, salons and movie theaters have been green-lighted to resume operations, tattoo shops are still waiting. 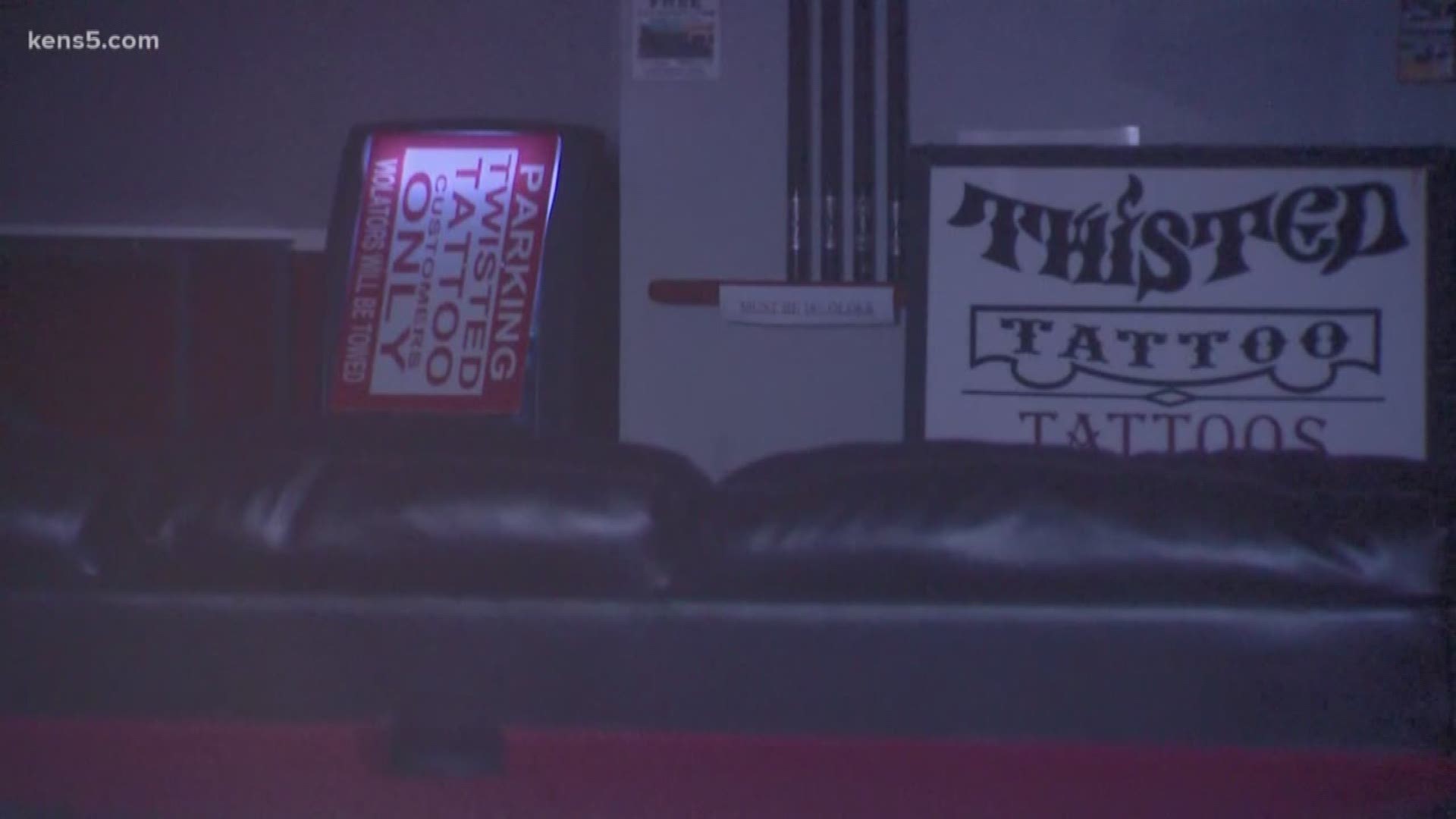 SAN ANTONIO — The familiar sound of buzzing tattoo needles can’t be heard at Twisted Tattoos. The lights are out. The chairs are empty. There is only silence.

That silence has owner and artist James Delgado frustrated.

He was forced to close up shop in late March like everyone else, but unlike barbershops and salons, tattoo shops have had no word when they’ll be able to start up again. He says it seems as if businesses like his are being singled out.

“It feels like it’s, you know, something personal that somebody has against certain types of businesses,” he said.

Tattoo shops are already required by the state to undergo blood-borne pathogen training, wear latex gloves and sanitize their equipment regularly. Delgado said operating now wouldn’t be much of a change.

“Everything that they said – ‘Hey, this is what y’all need to do to be safe’ – to all these different businesses, we’ve been doing," he said. "I’ve been doing it for 20 years.”

He said if they don’t hear anything for too long, he’ll be faced with a tough choice.

“Are we just going to follow these regulations or are we just going to say enough is enough and go back to work like so many other businesses did?"  he said. "We don’t want to go there, but if they can’t give us a date – any kind of timeline – you know, my bills have to get paid. My family has to eat.”

RELATED: Seoul shuts down over 2,100 nightclubs after links to coronavirus infections

RELATED: Checklist: Texas pools must follow these guidelines when reopening