Gov. Abbott has said "retail to-go" will begin on Friday, April 24. But what does that mean? 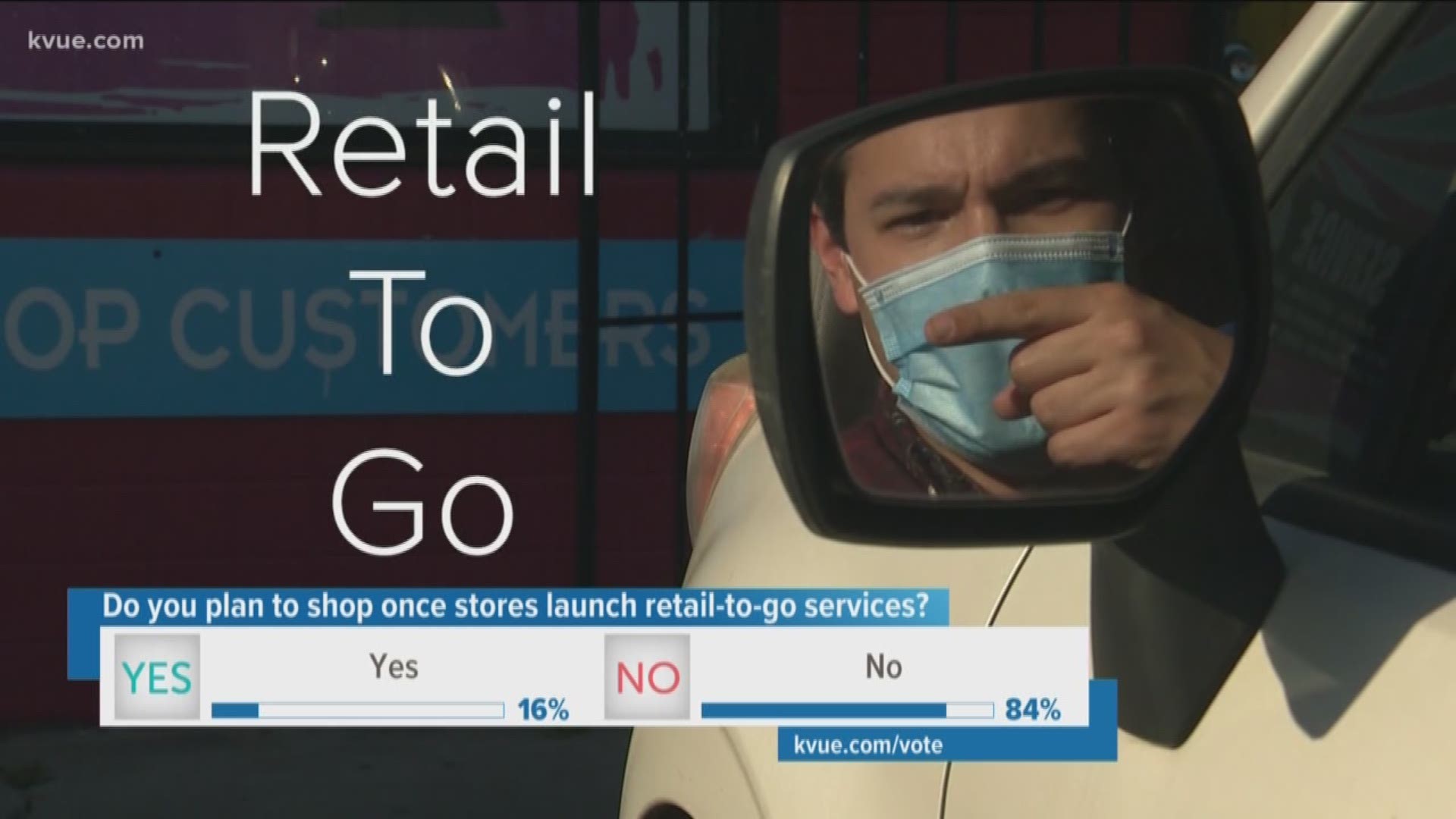 Some of the locked doors opened and "closed" signs were flipped as "retail to-go" kicked off.

But what does that actually mean?

Customers will be able to go to stores to pick up things they're buying – but they can't go inside. The Texas Department of Health and Human Services laid out rules to make sure it's done safely, including:

Workers will also need to be trained on cleaning and disinfecting and will be required to stay six feet away from their coworkers and be screened before starting their shifts – including a temperature check.

Additionally, stores can still deliver right to customers' doorstep or send items through the mail.

KVUE spoke with shoppers on Friday who were picking up items using the curbside option.

"It’s helping me get the things that I need, and I love the fact that I’m able to still support some of the businesses in the local area," said Tracy Johnson, who was picking up items in the Arboretum area.

"I want to do it wisely, and I think we need to trust that people will follow the rules, but I think it’s time to start letting people get back to work, definitely," said Johnson.

As for what may come after "retail to-go," Gov. Abbott tweeted Wednesday that, "Hair salons and shopping inside stores could be coming soon. We are working around the clock on safe protocols for both employers and customers."

A petition calling on the governor to allow workers like hairstylists and massage therapists to take one client at a time has more than 15,000 signatures as of April 22.